When we first began to plan McKenzie and Nick’s Fort Wayne engagement session, I knew that Lakeside Park in downtown Fort Wayne would be the perfect place for the session we had envisioned. While their session date brought another hot summer day, you wouldn’t know looking at the two of them. McKenzie did a great job coordinating their outfits to fit the fall style, even with the warmer temperatures.

Before shooting a couple’s engagement session, it’s always super important to me to spend time getting to know them and hearing about their love story. Sometimes their story will spark an idea for me for a session location, or it gives me a better feel for the type of posing they would feel comfortable with during their session.

After taking the advice of some close friends, McKenzie downloaded the dating app Bumble, and after checking it out, Nick was the first one she contacted. Nick asked her to meet up at Pine Valley Bar and Grill the following evening to meet in person.

After that, the two hit it off and began dating. Fast forward a few months, Nick took Mckenzie out to Cork and Cleaver for a nice dinner on a random Thursday night, according to McKenzie. She said, “I couldn’t figure out why we were going out to such a fancy restaurant on a Thursday night.” But while they were waiting for the bill, the waitress came to the table with a chocolate cake and strawberries that said “Will you marry me?”

Of course, McKenzie said yes, and she and Nick are planning to get married this June!

I had the best time capturing these two during their engagement session. They were game for walking around Lakeside Park in Fort Wayne, where we found a ton of gorgeous spots where the sun dripped through the dress. At the end of the session, we were even able to take a few photos on the basketball court to incorporate Nick’s love of basketball.

Thanks McKenzie and Nick for allowing me to capture your Fort Wayne engagement session. I had so much fun, and I hope you love your photos as much as I do! Best wishes to an amazing marriage for you both! 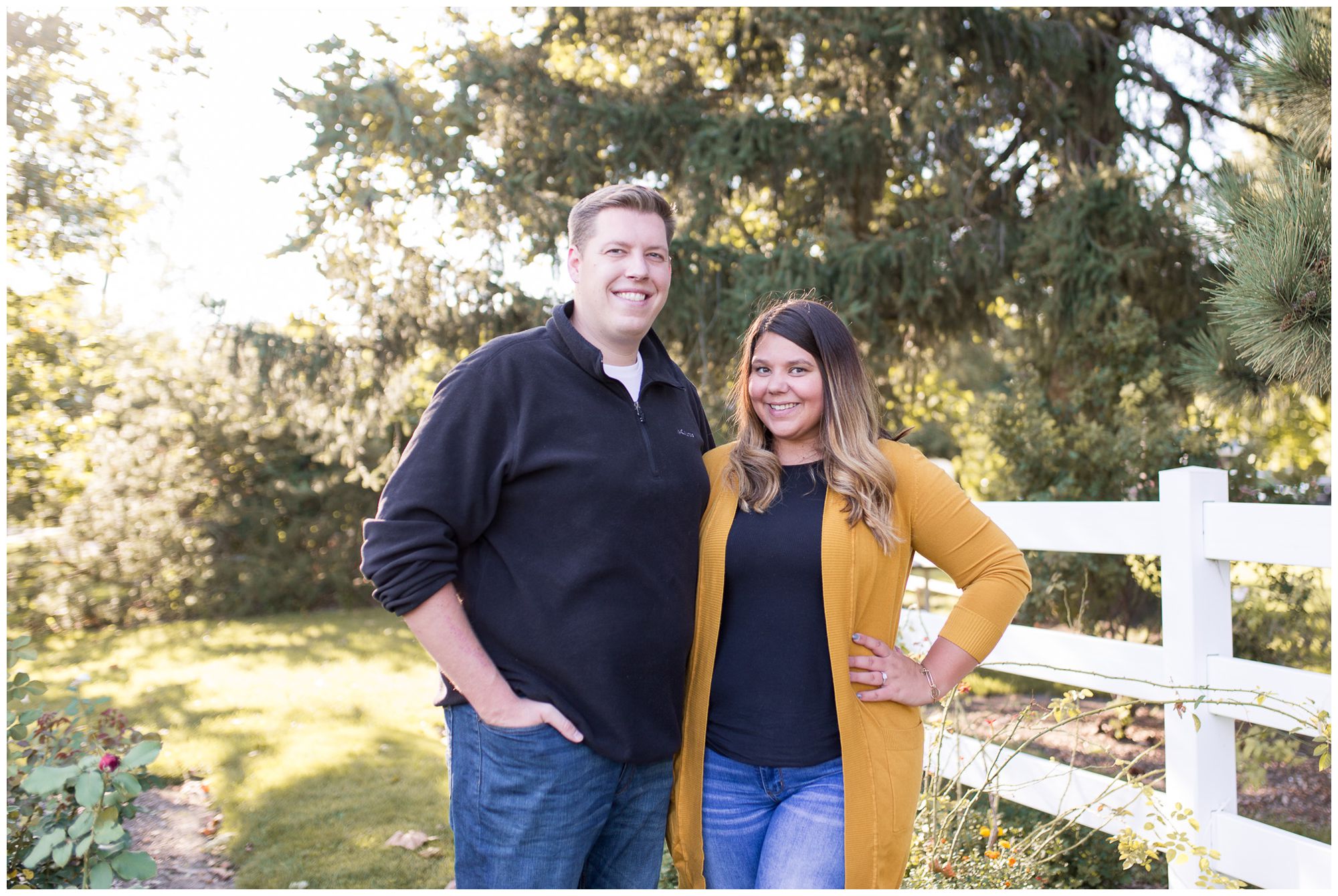 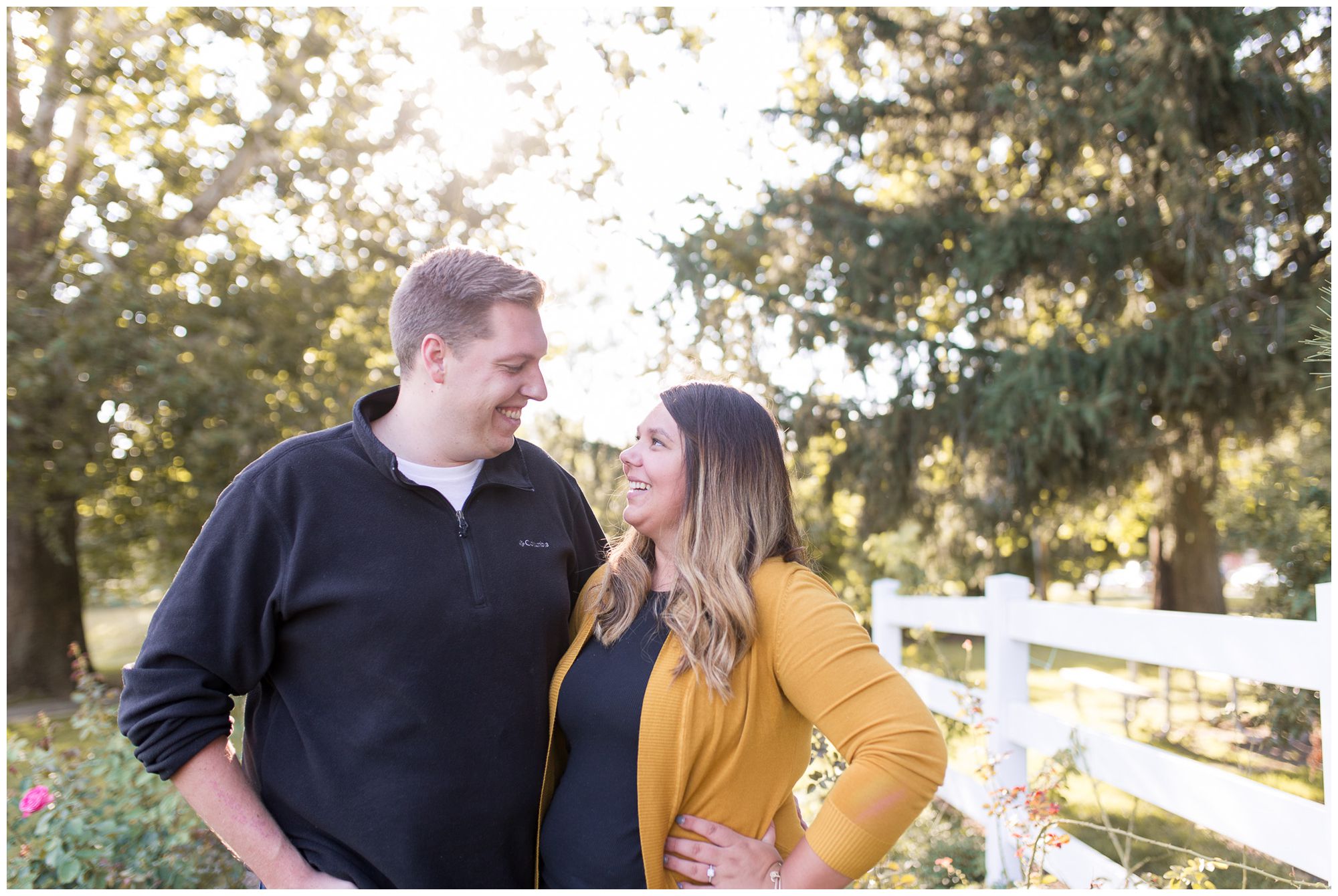 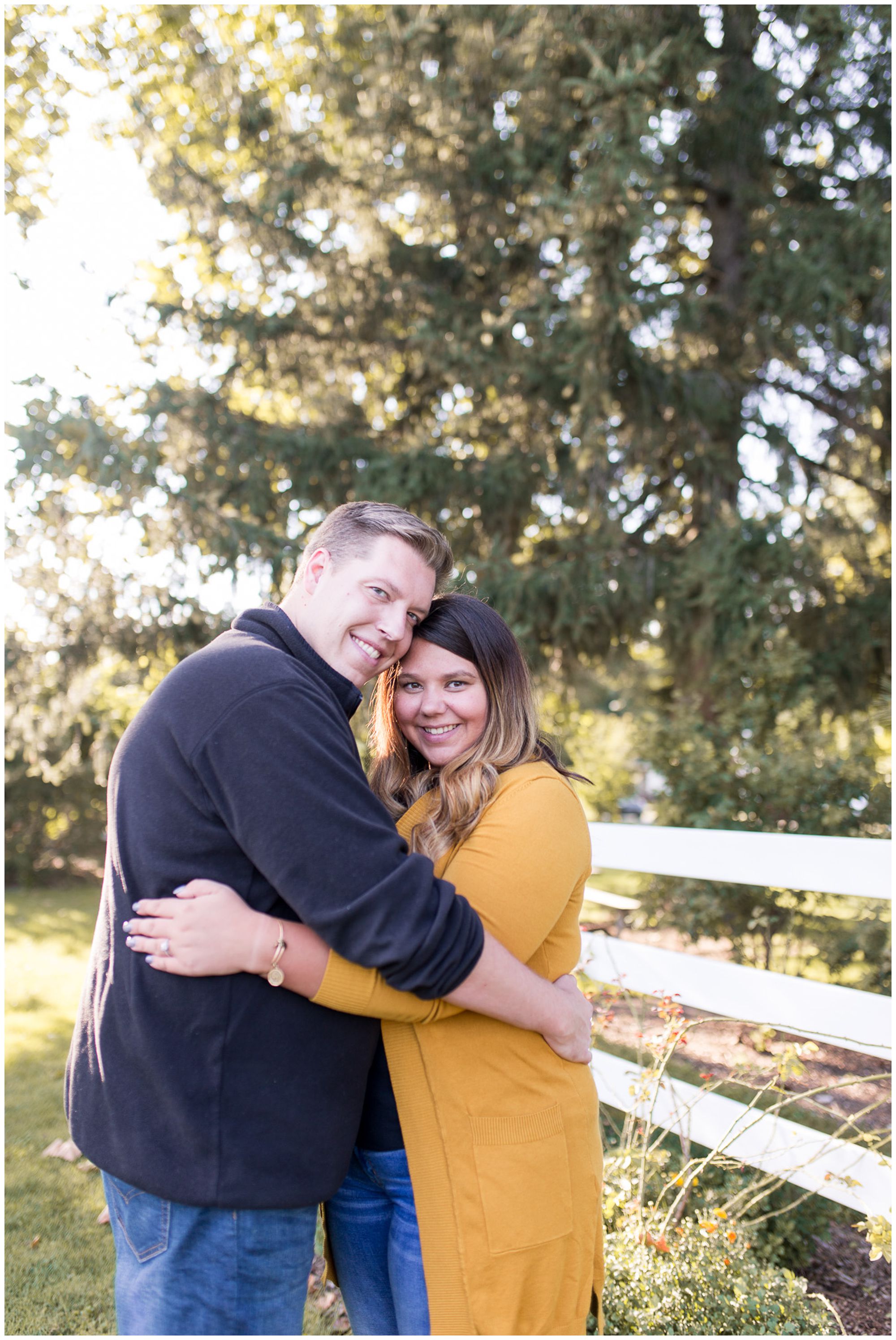 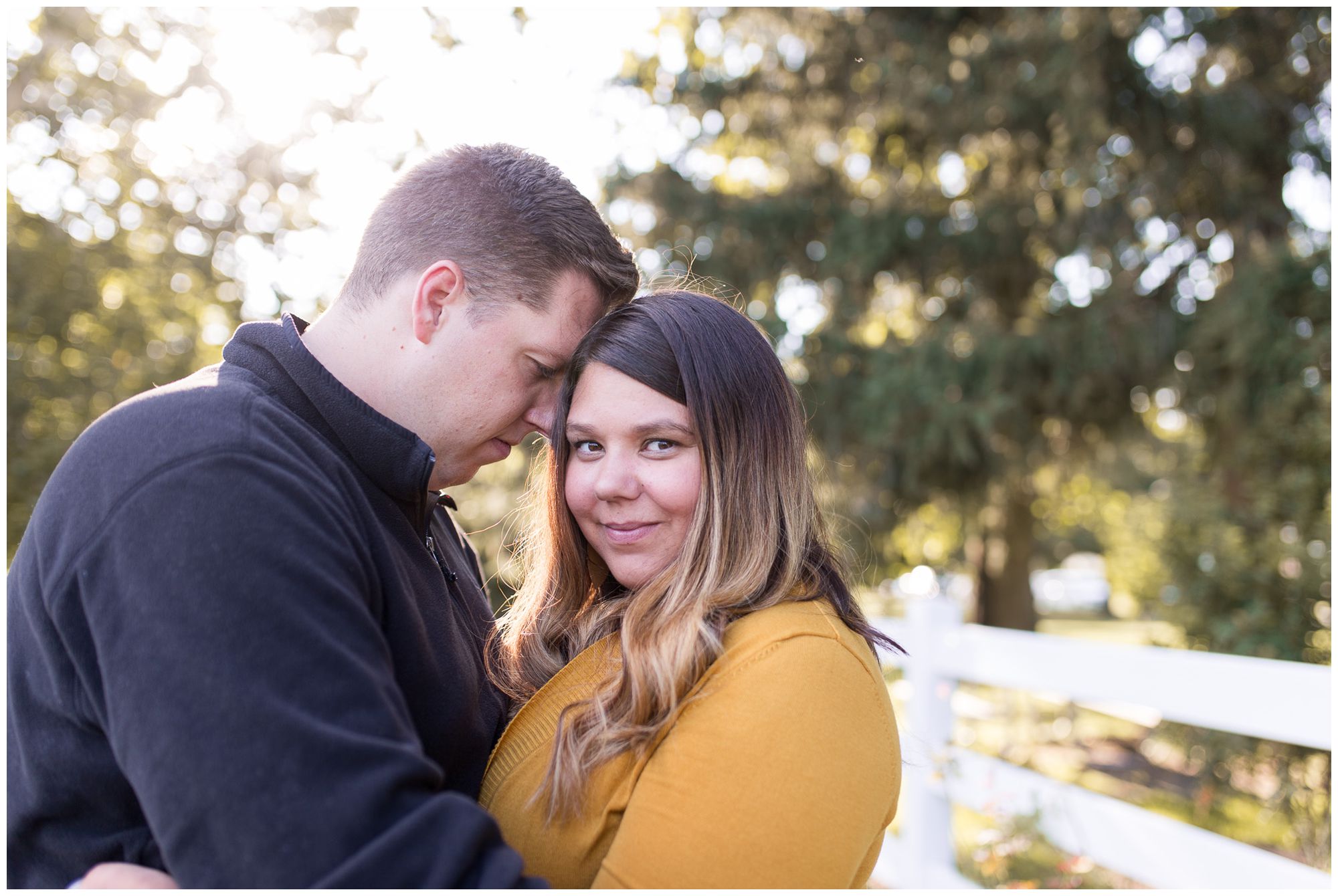 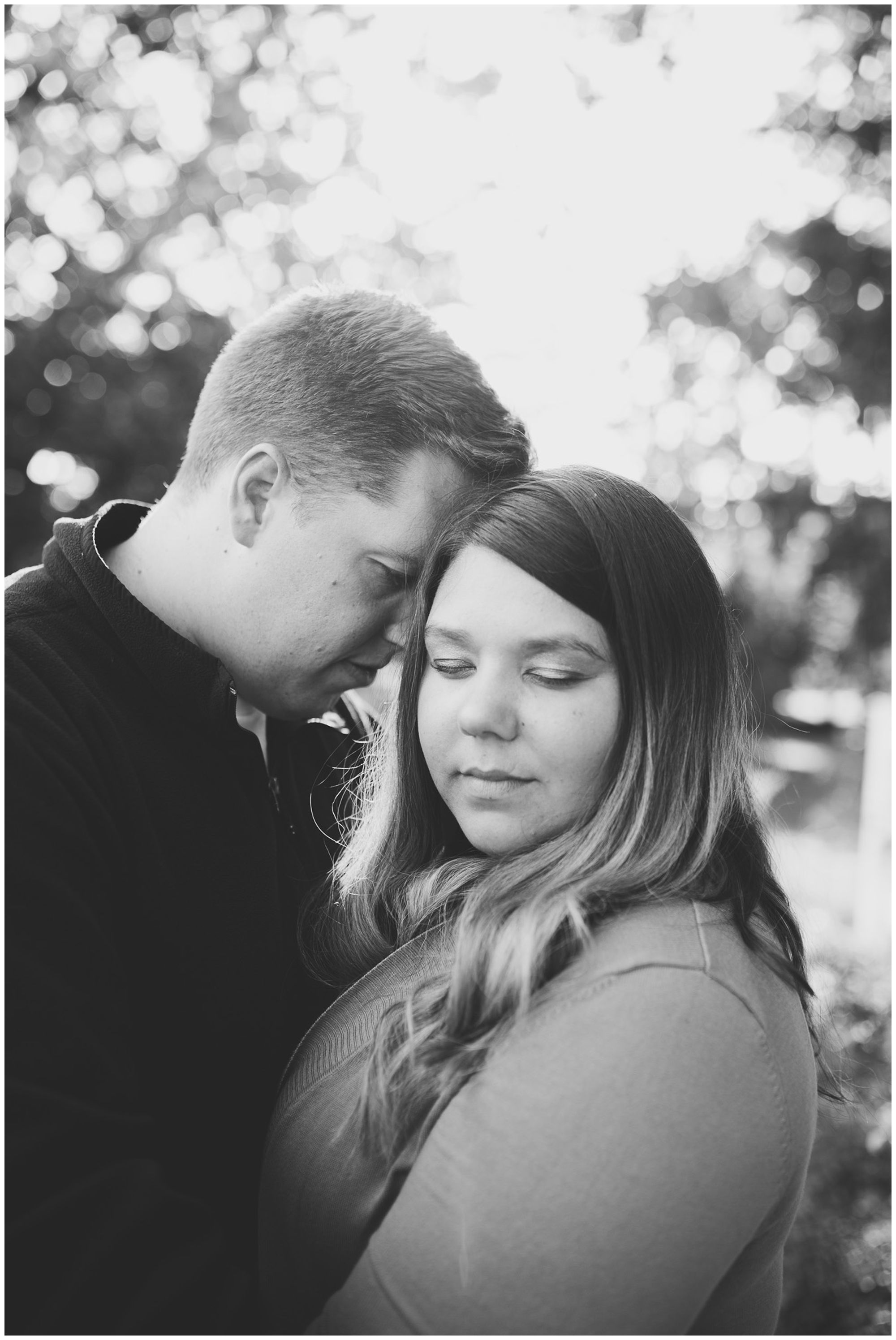 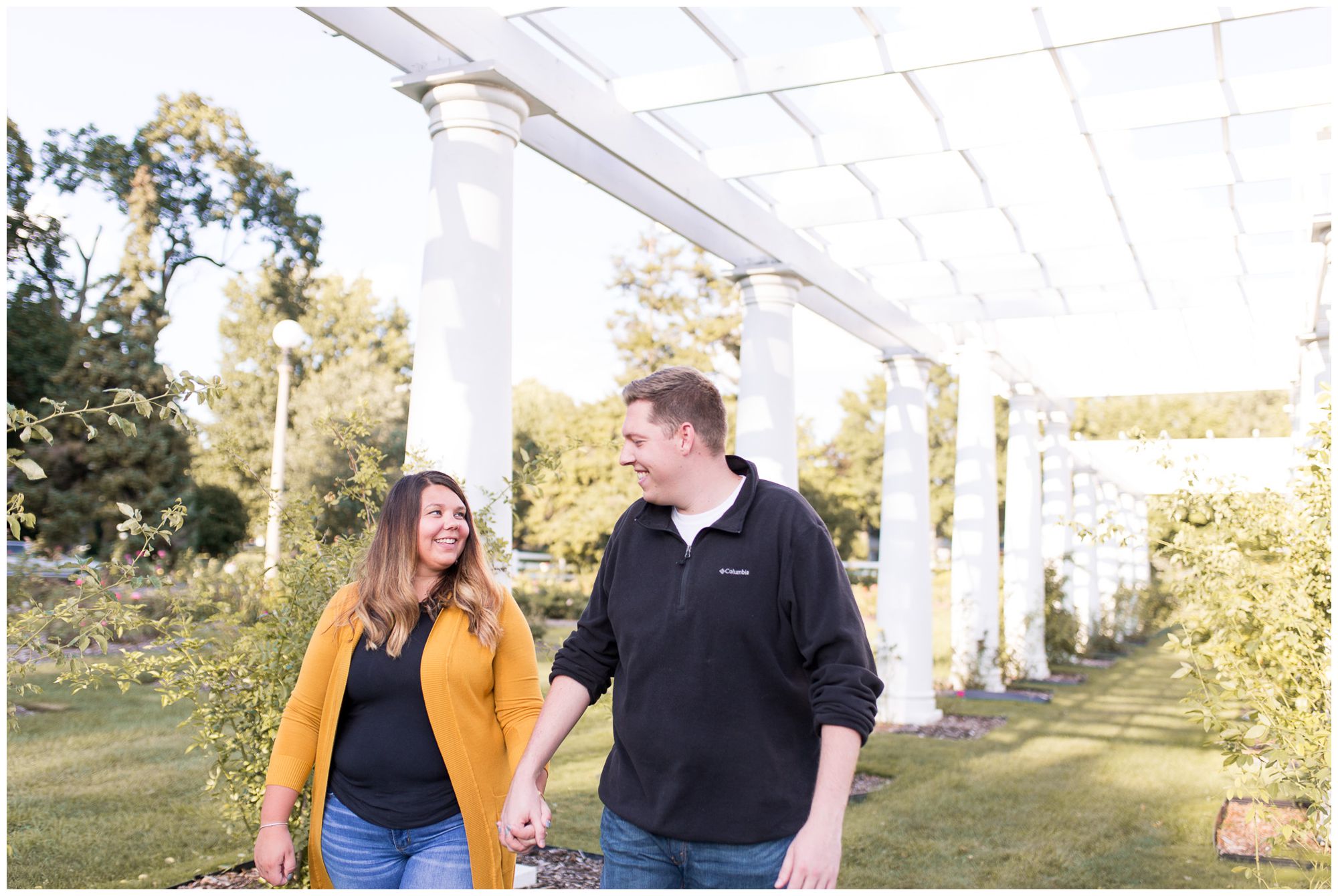 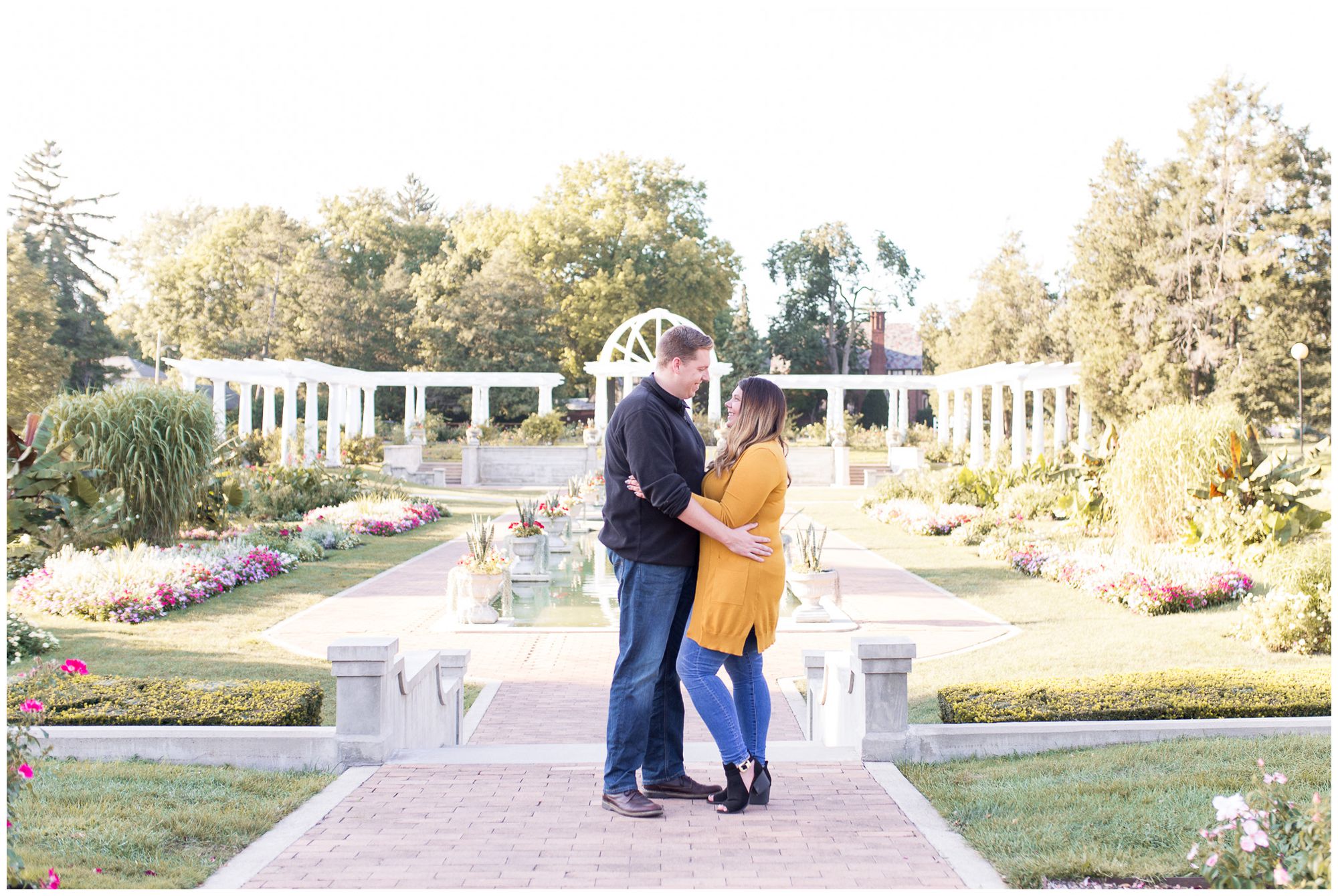 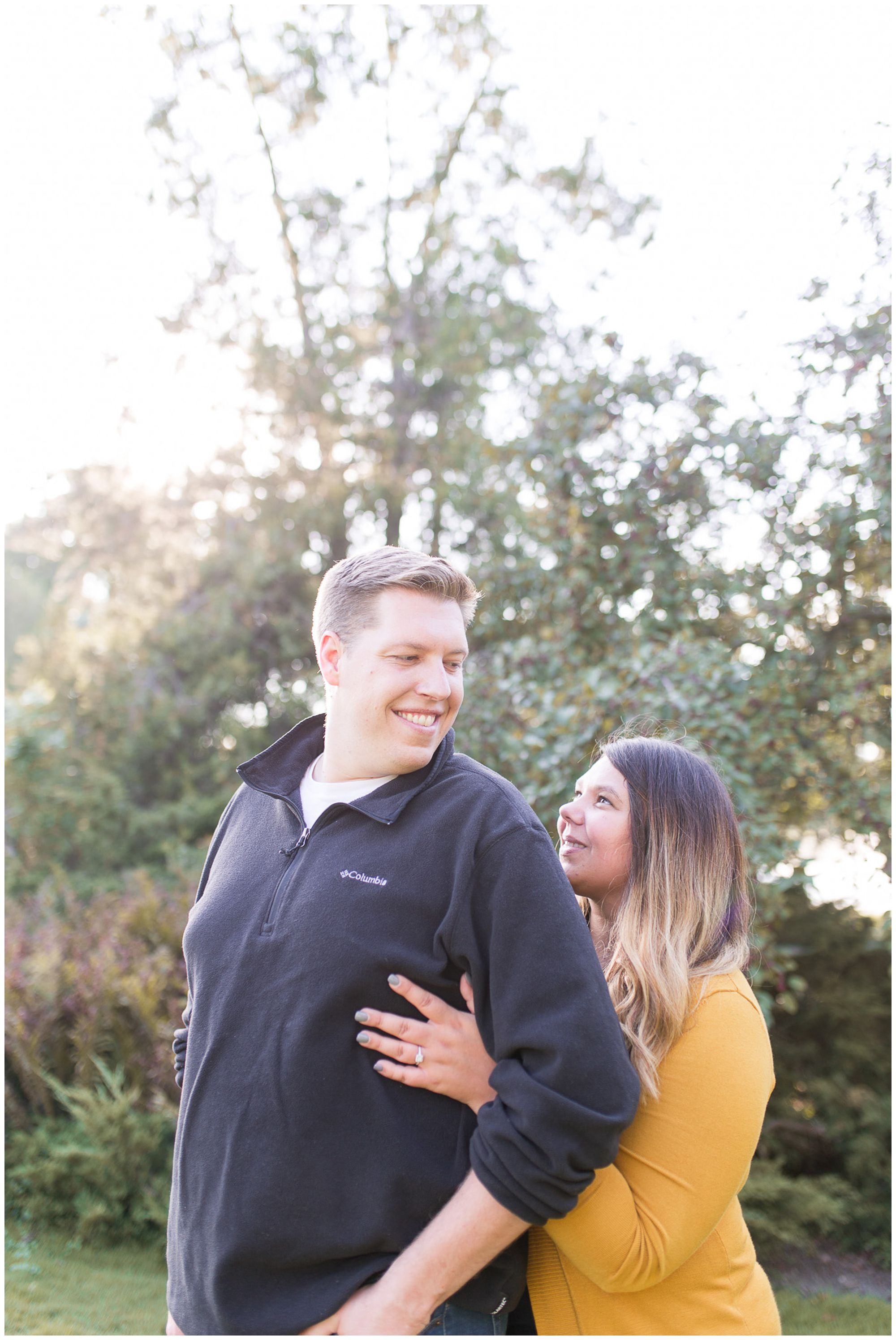 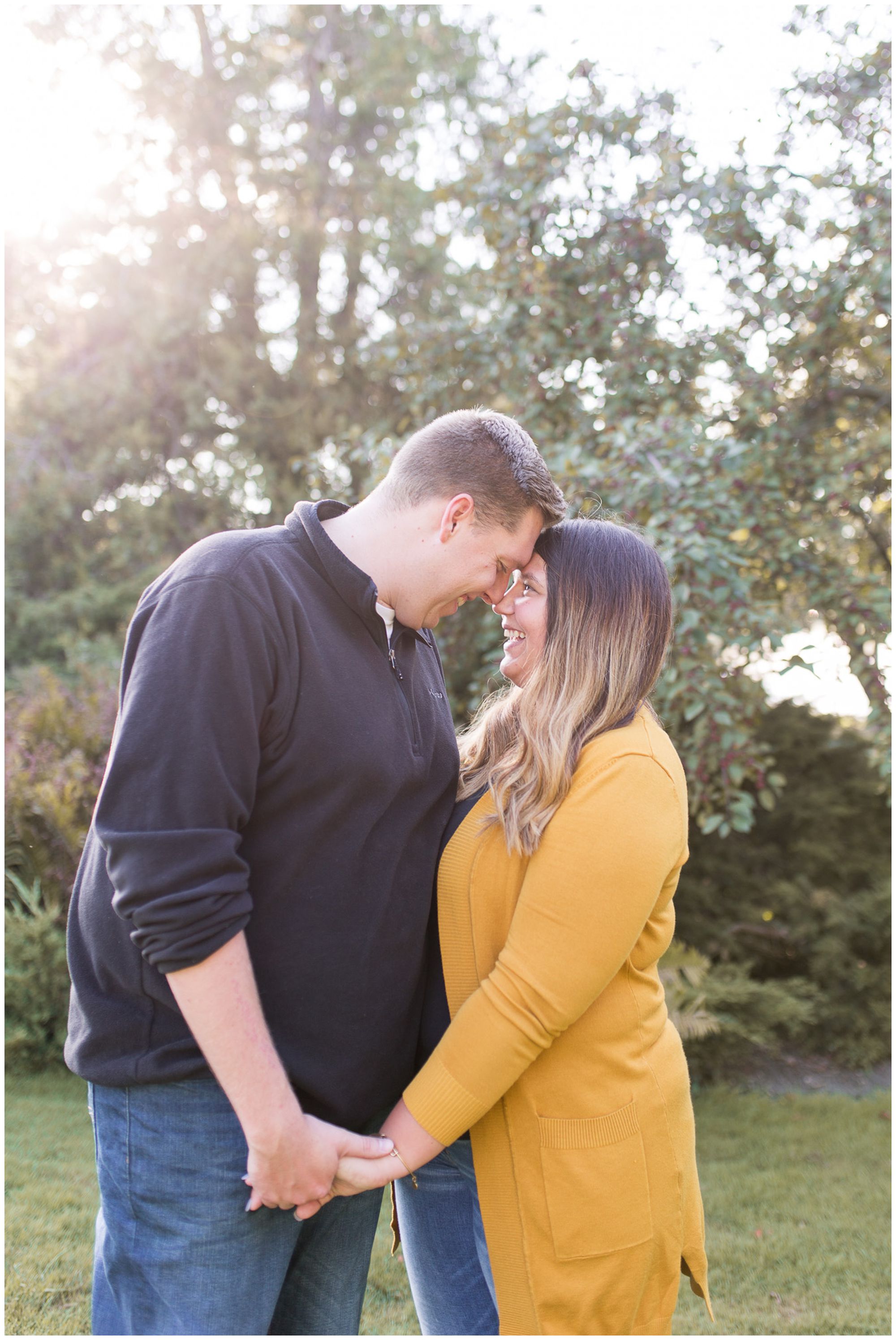 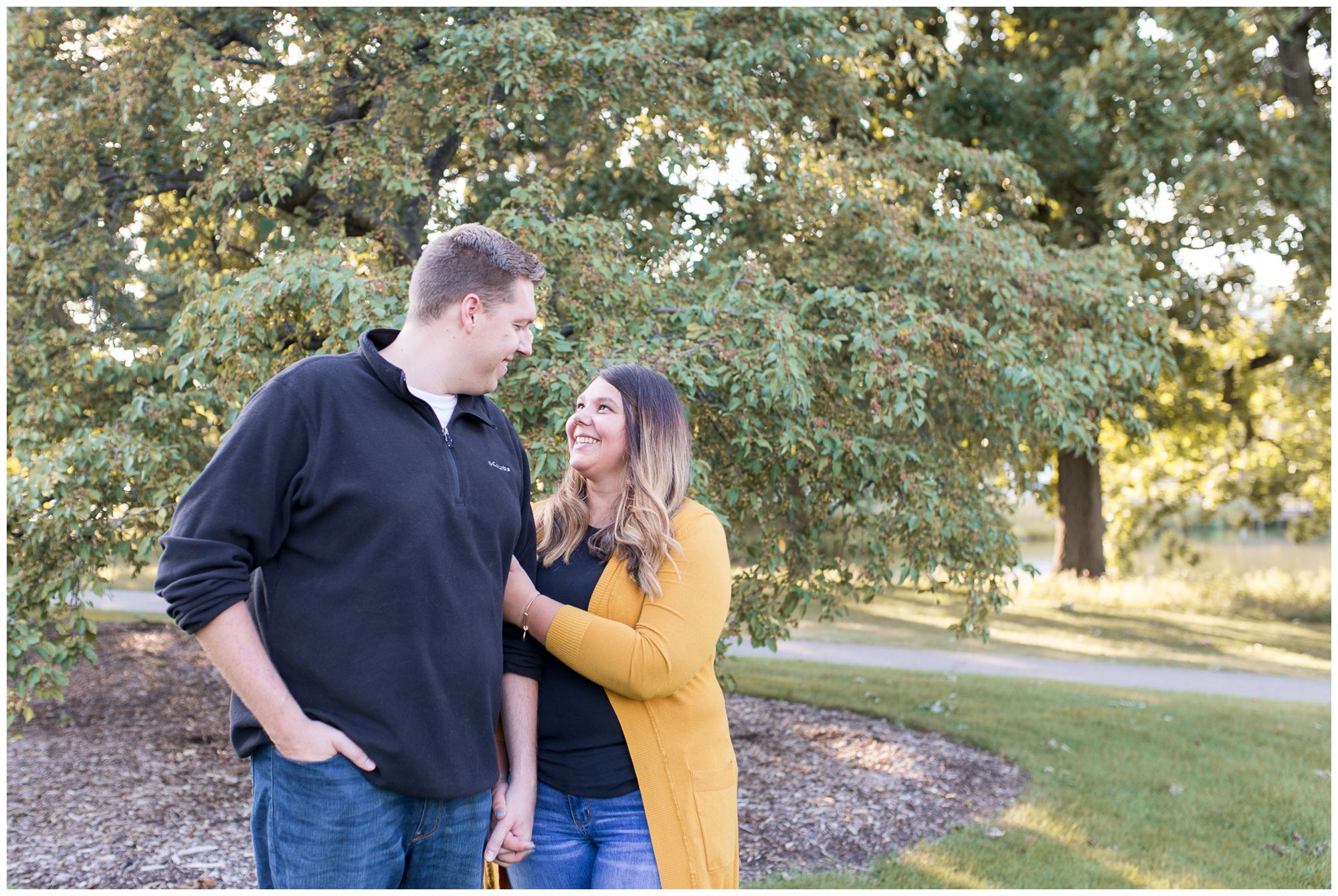 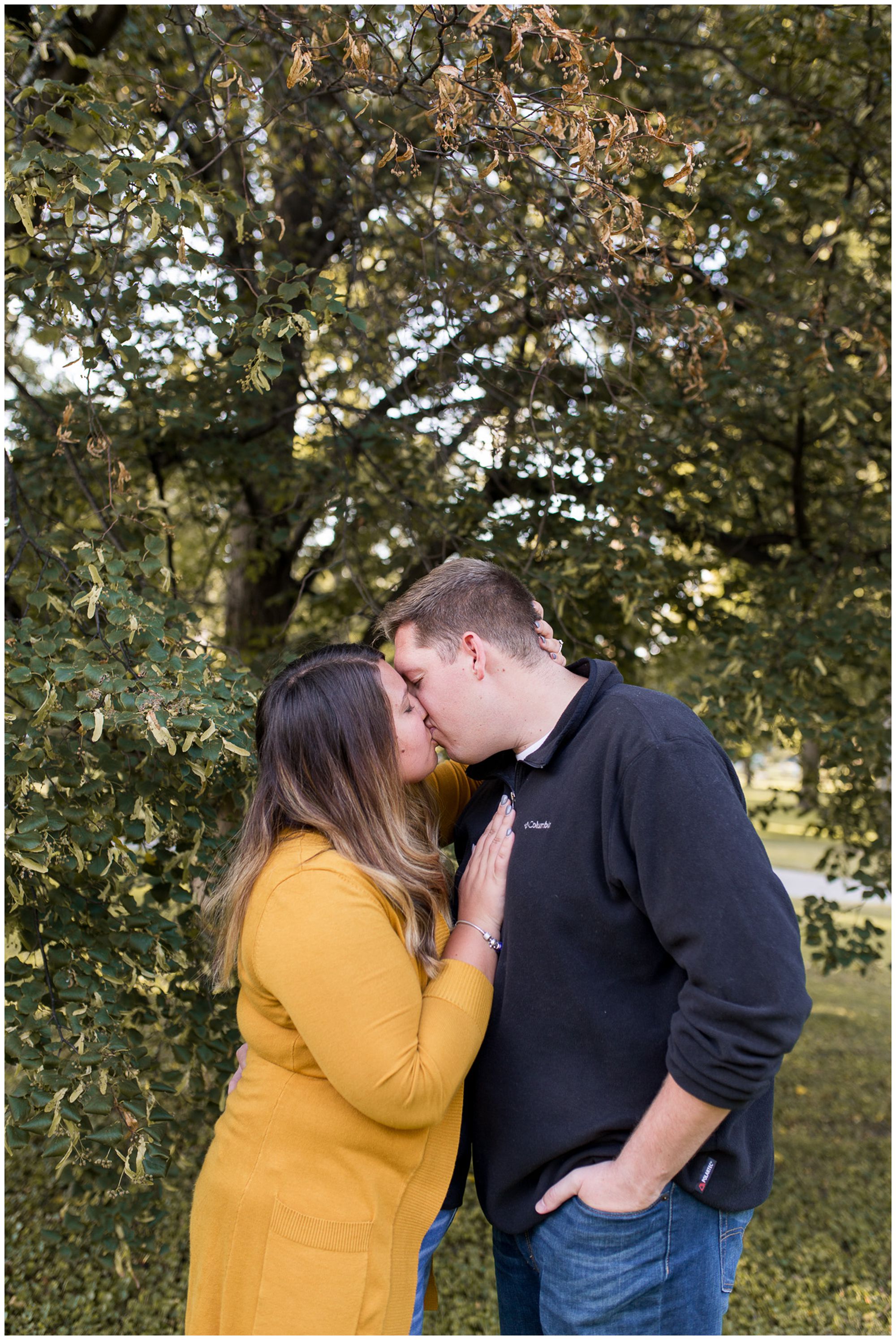 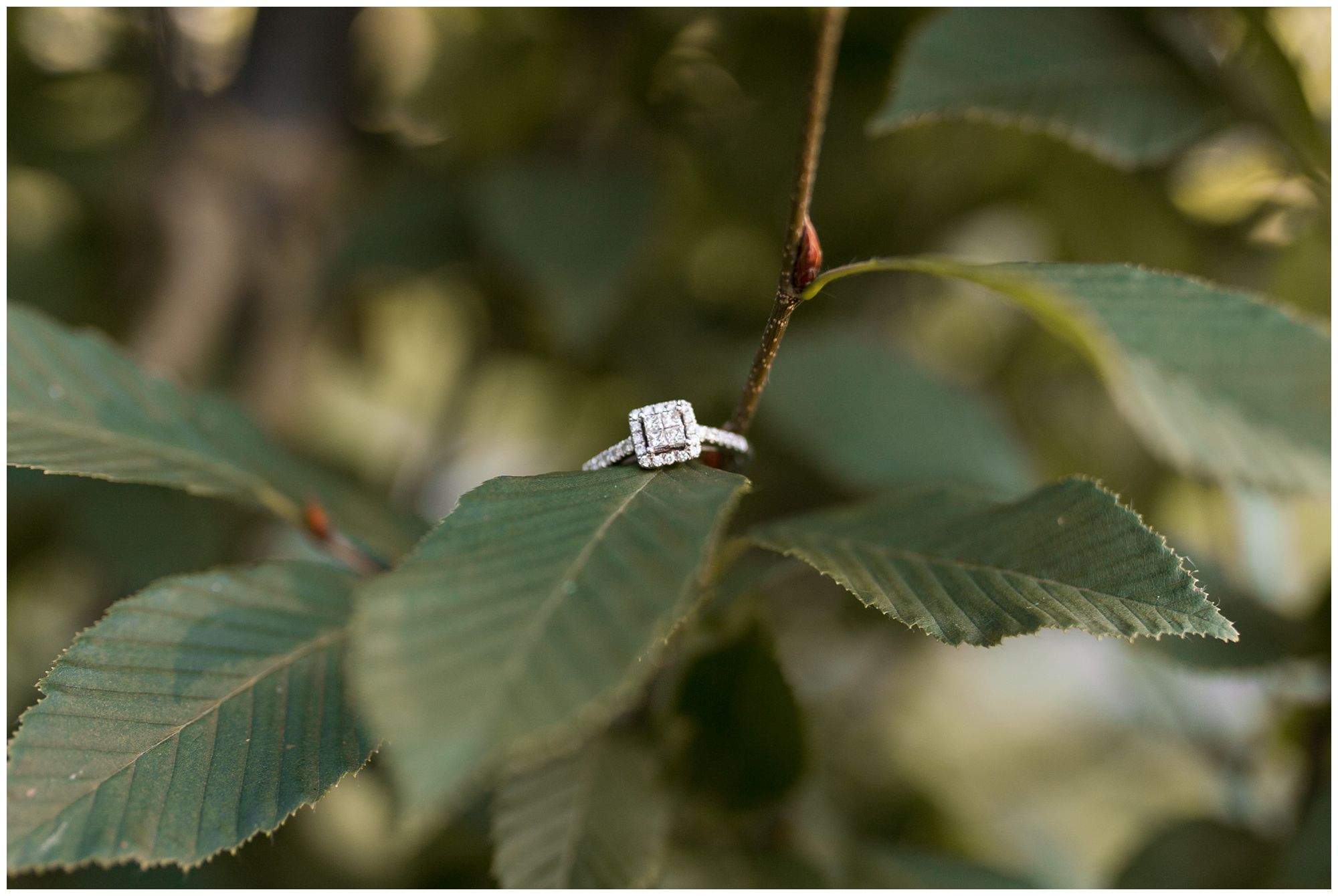 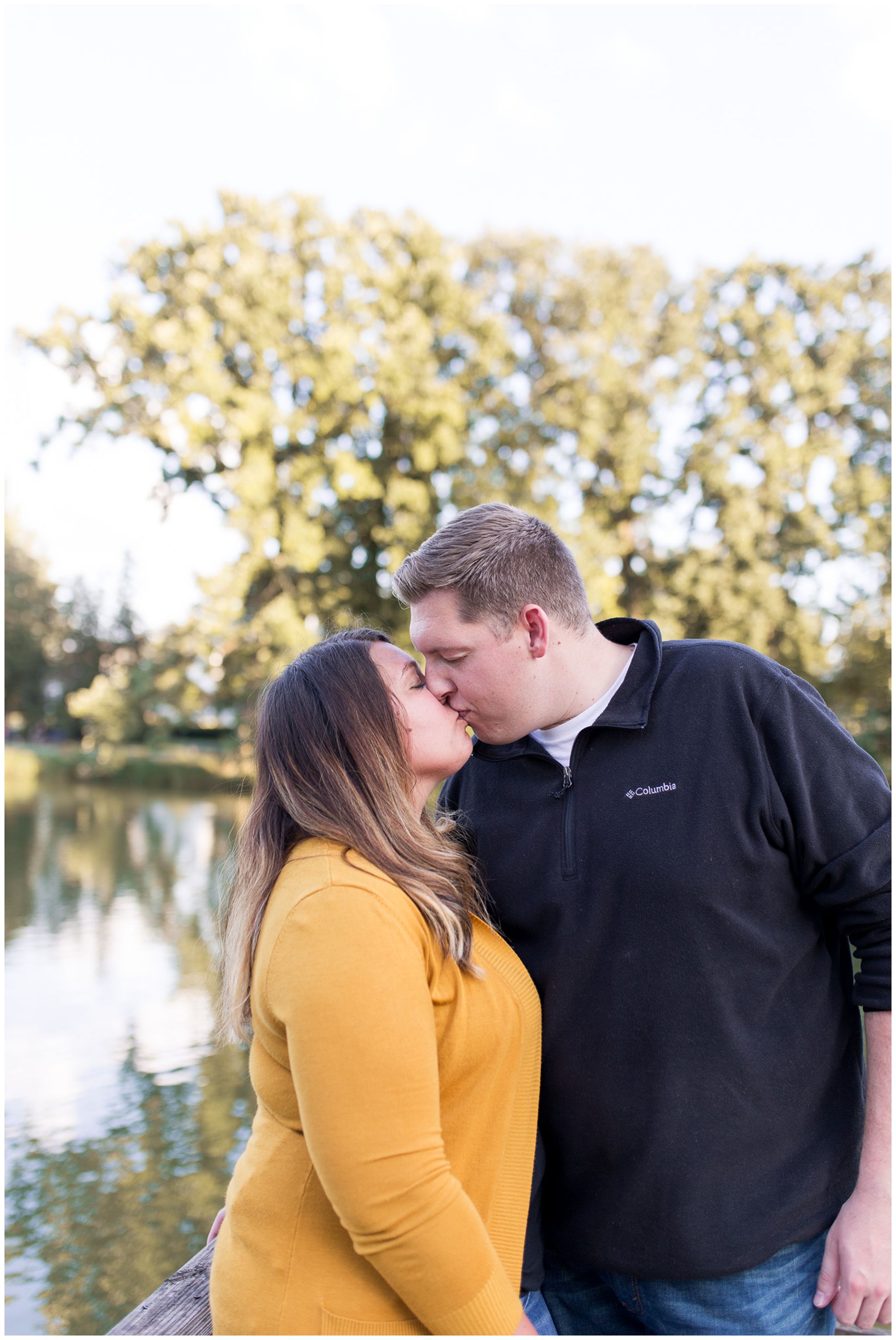