After first meeting in Fort Wayne, it seemed fitting for us to go back to where it all began for Tayler and Greg for their engagement session. These two are tying the knot in Muncie this May, and I couldn’t be more excited about capturing their wedding day! We chose Headwaters Park for their engagement session, which I had shot at once before. It turned out to be the best choice because the trees were so perfectly in their fall foliage display. I was giddy driving up to the park because I knew this session would be one of my favorites, and I’m so excited to share it! 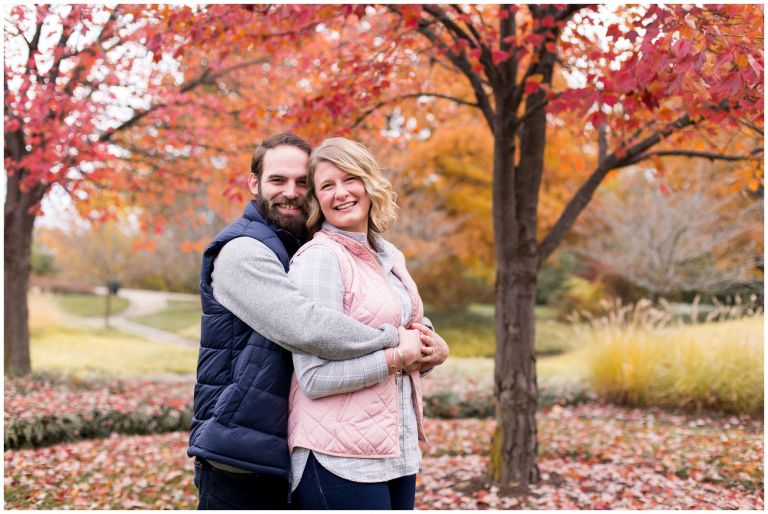 When I first chatted with Tayler about their wedding day, it became quickly evident that these two are the types of couples I love to work with. They had originally thought they’d get married in September 2019, but that just felt so far away and they are ready to start doing the small things together, as Tayler shared with me. I love capturing couples whose primary focus in the wedding prep is getting to finally spend forever with their best friend and just enjoying this celebration of their union, and I know that Tayler and Greg are planning to do just that!

These two lovebirds have had mutual friends for quite some time, but they didn’t meet one another until about two years ago. These friends asked each of them to play on the same coed volleyball team together, and Tayler and Greg became friends through that. One night, they went to a square dance together, and Greg asked her to slow dance with him. After that night, Greg snagged Tayler’s phone number from a friend and they’d say the rest is history when they started dating in 2017.

After coming back from a bachelorette party, Tayler got a call from Greg asking if she wanted to go to church with him on Sunday night then go to dinner at his parents’ house. He said that they needed to stop by his brother’s house for fishing bait beforehand. After church, they headed over to the house, Greg got out of the truck, and Tayler asked if he needed help, which he replied yes. When she walked around to the other side of the truck, Greg was down on one knee, asking her to marry him. He had arranged for both sets of their parents to be there, and if that wasn’t sweet enough, it was the same exact spot where Greg had asked Tayler to be his girlfriend. Cue the waterworks!

To be honest, we quickly planned their engagement session because we wanted to get it in before it got too cold and snowy, since they are getting married early spring next year. These two are amazing at being flexible, because the weekend of their session, we had to keep watching the radar because a massive rainstorm was coming through the evening of their session. We ended up moving it to an early morning time, and I’m so grateful. The lighting at the Headwaters Park in Fort Wayne was absolutely perfect with an overcast sky, which made the fall colors even richer.

I seriously had a blast with these two. I went home with sore cheeks from laughing and chatting with them for the entire session, and I was so grateful to have some time to get to know both of them and hear about their relationship. I also loved that Greg was trying to nail down my posing flow, until I started mixing it up on them! It was the perfect example of why I include a complimentary engagement session in each package; I want couples to be comfortable and familiar with how I pose, so on your wedding day, you’ll be familiar enough with me to look your best! But these two didn’t have any trouble at all with looking good – just look at them!

Tayler and Greg, thank you so much for choosing me to capture this amazing next chapter of your life. I cannot wait for your wedding in May, because I know we’re going to have an amazing day celebrating your love. Enjoy your sneak peeks! 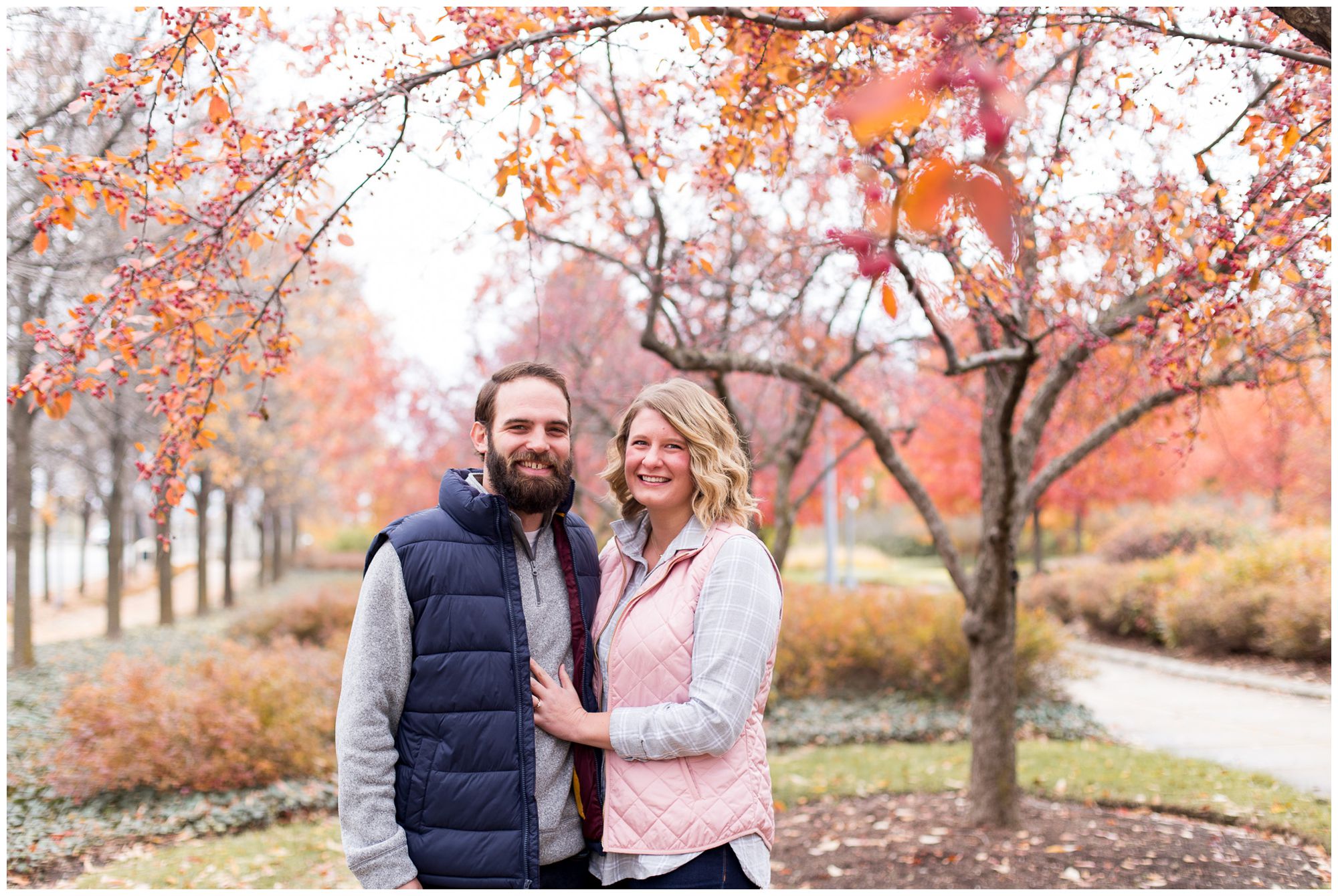 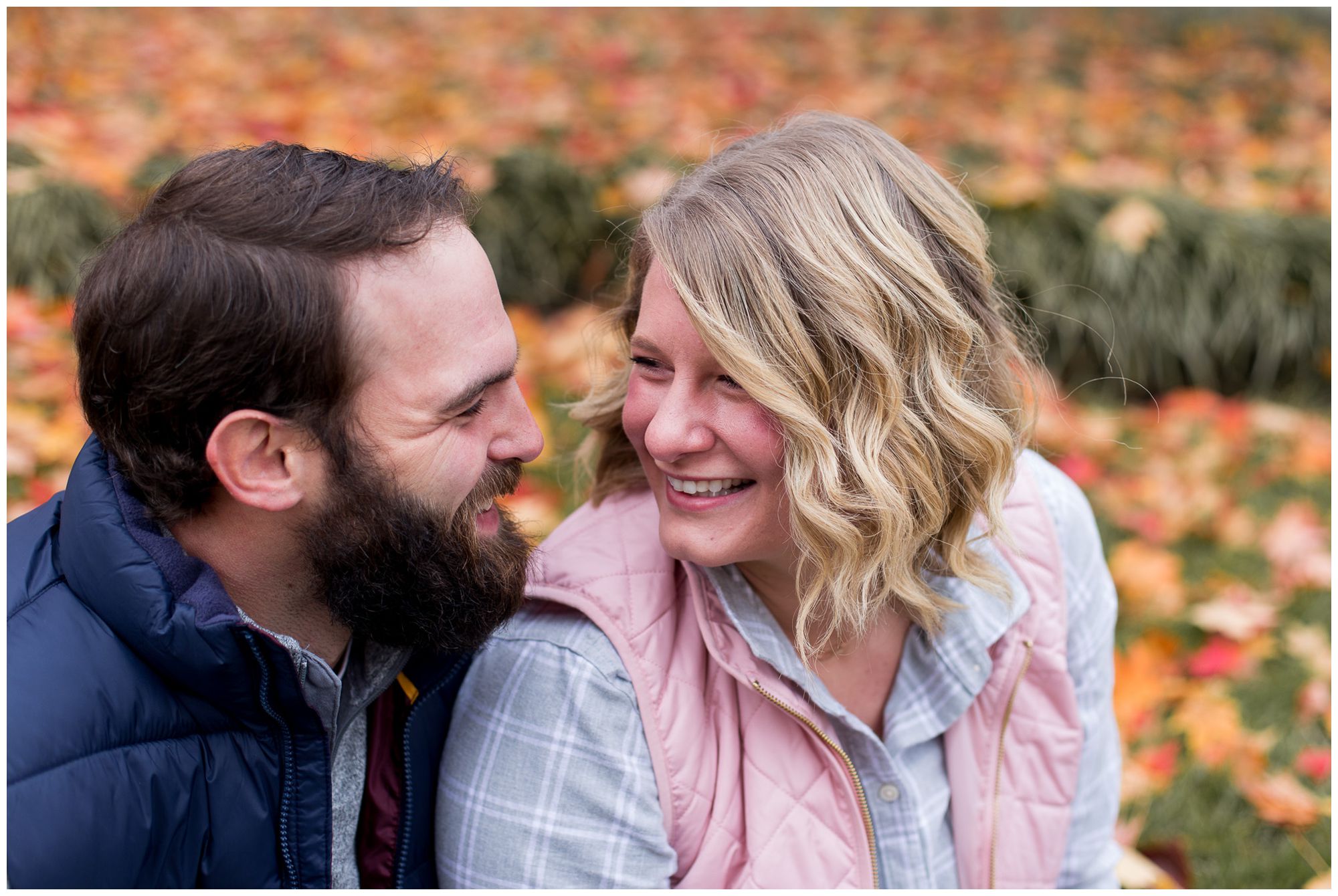 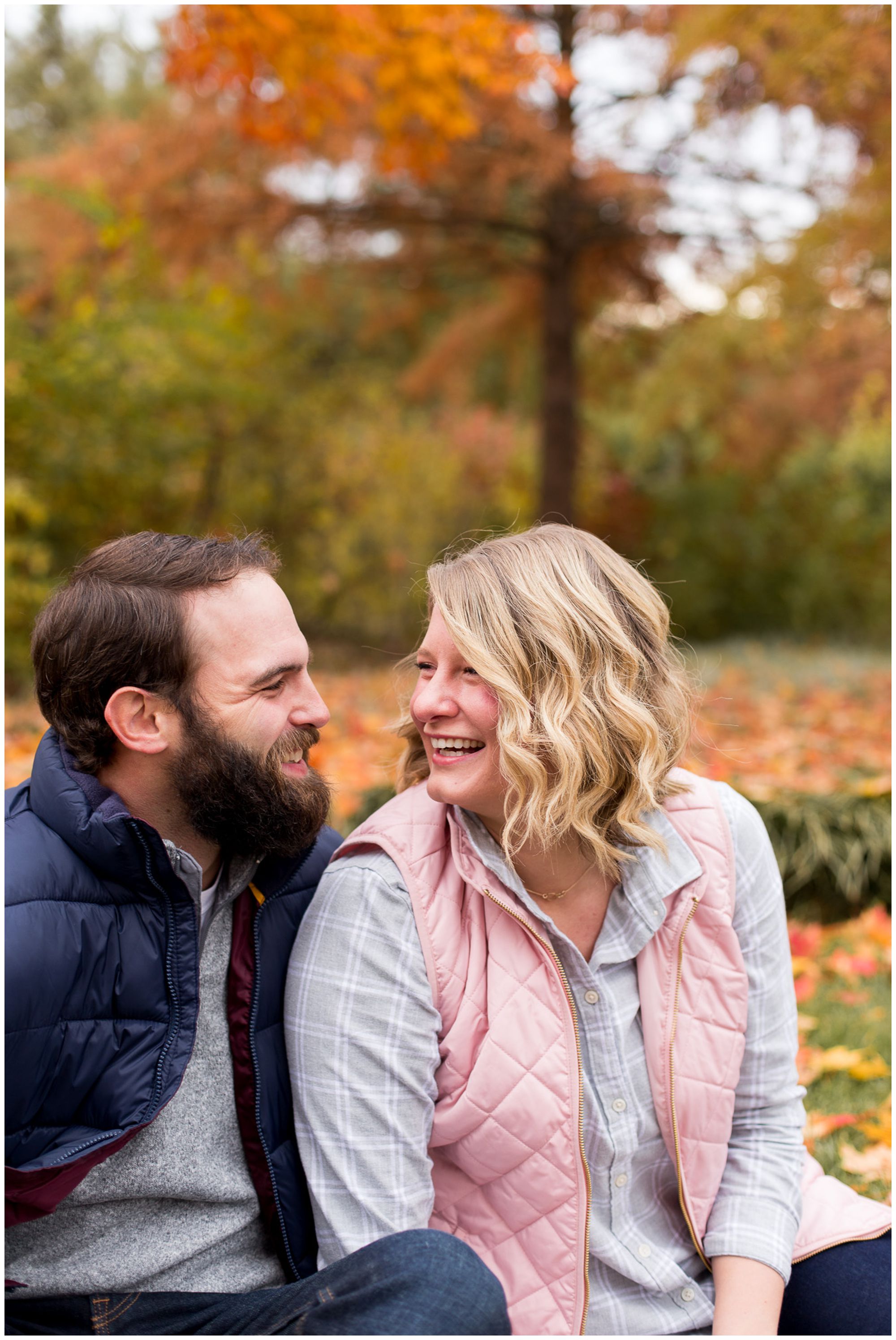 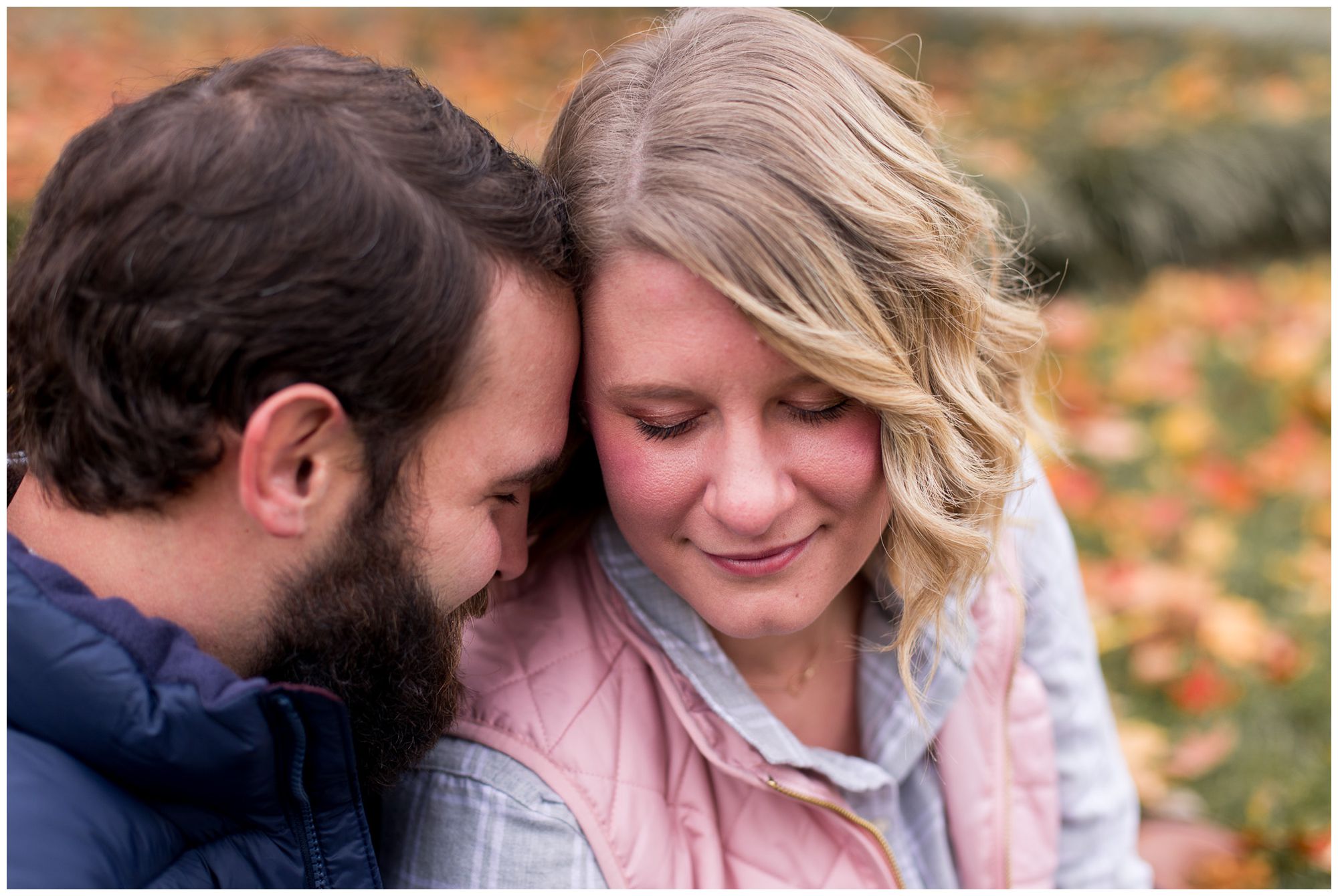 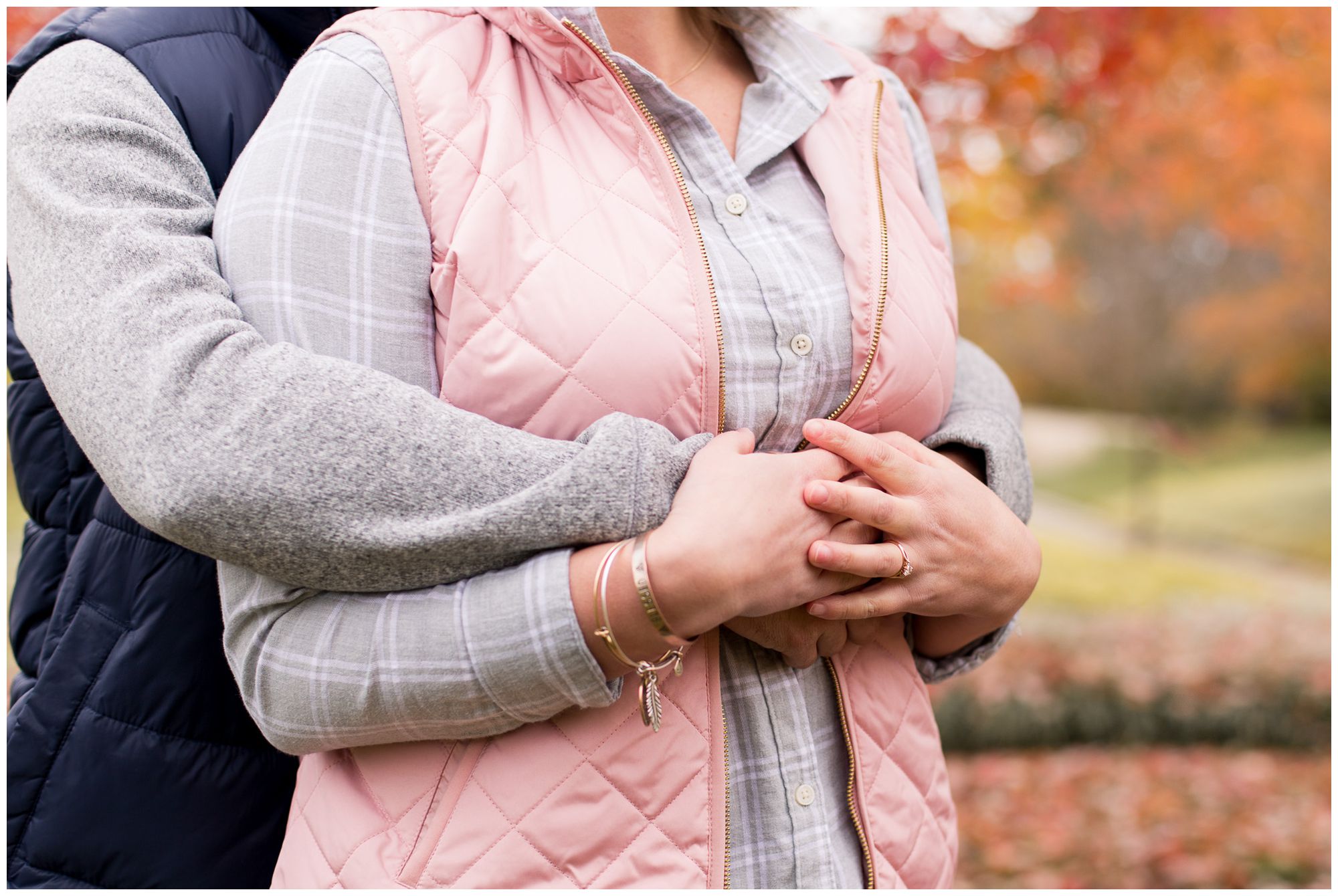 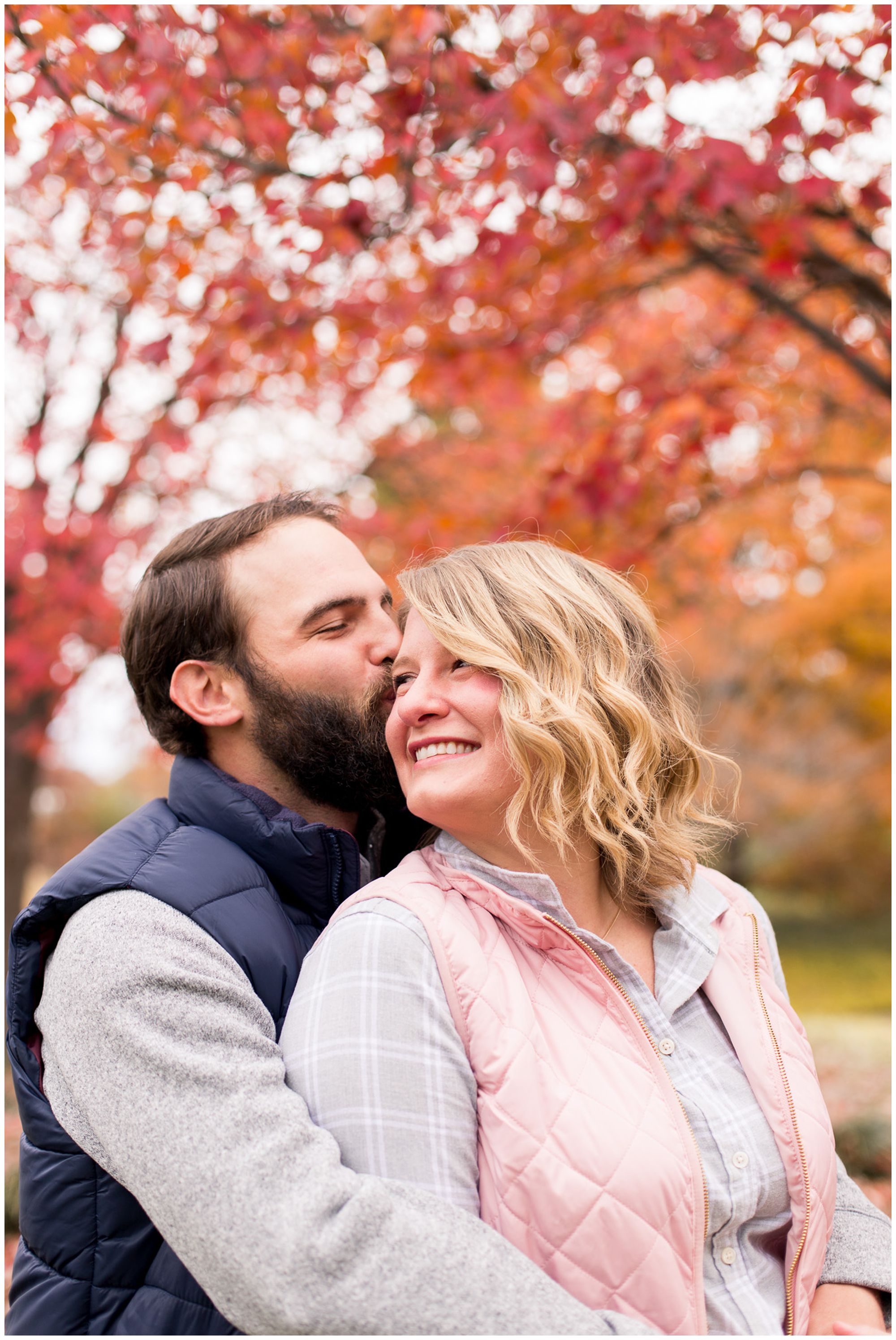 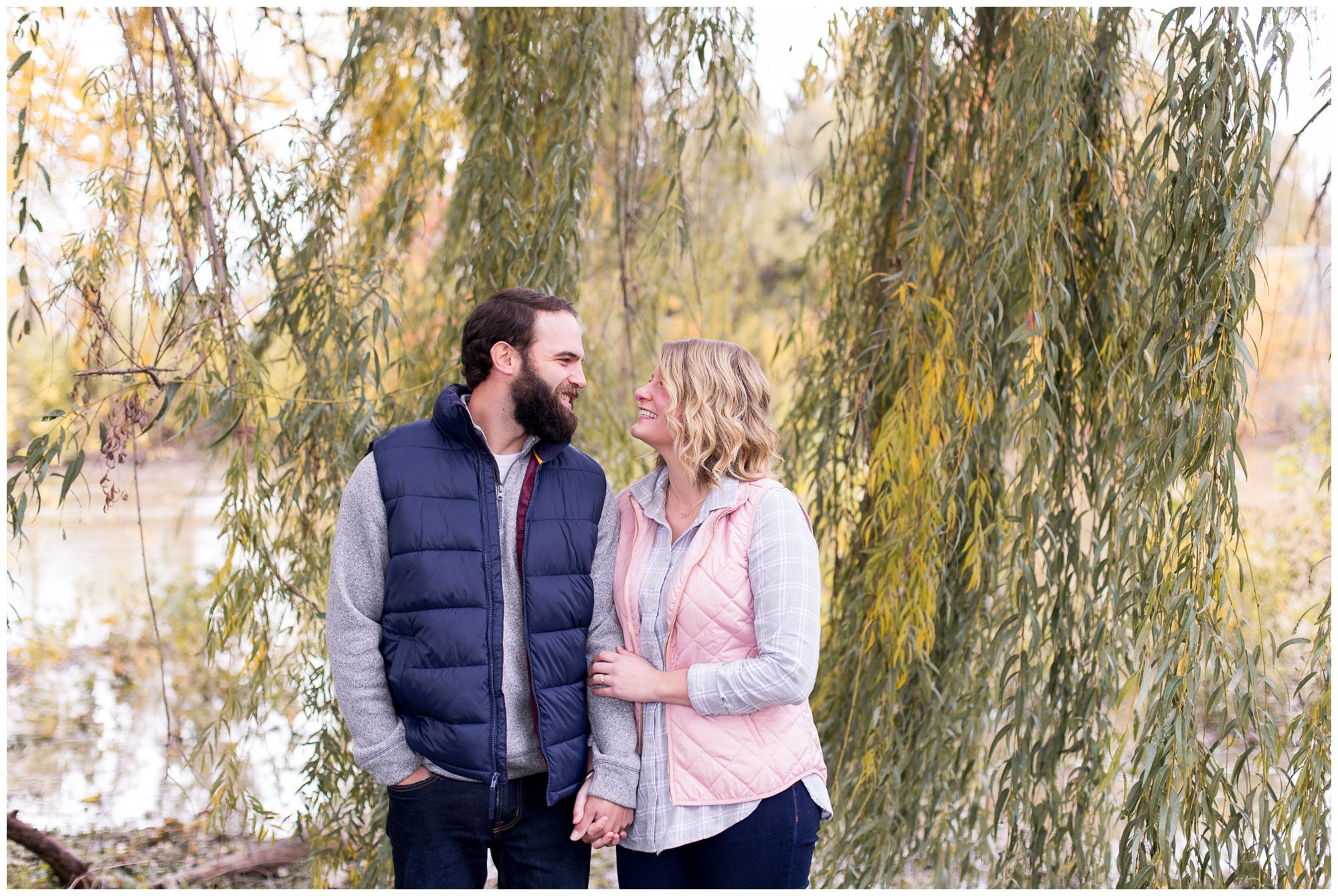 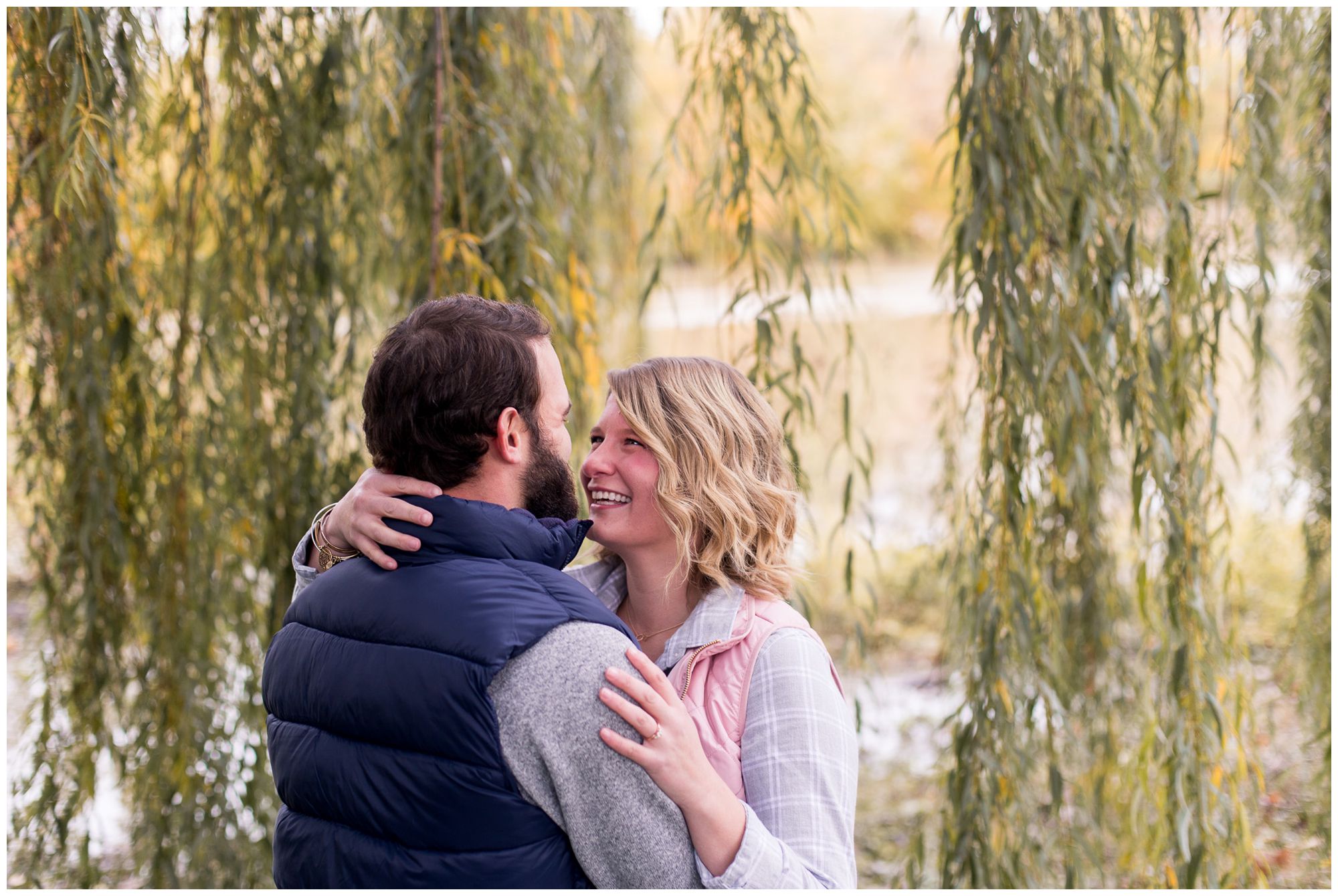 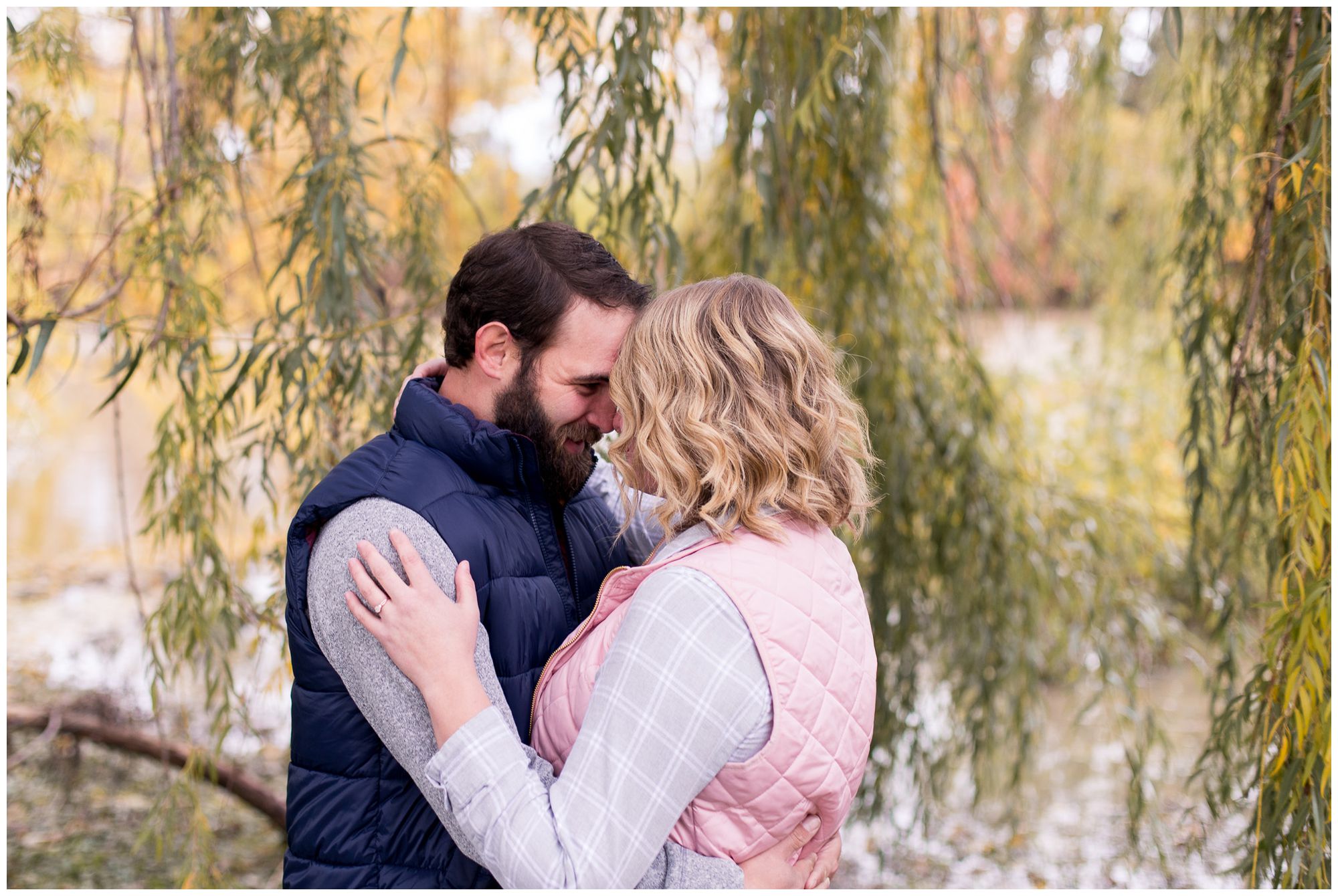 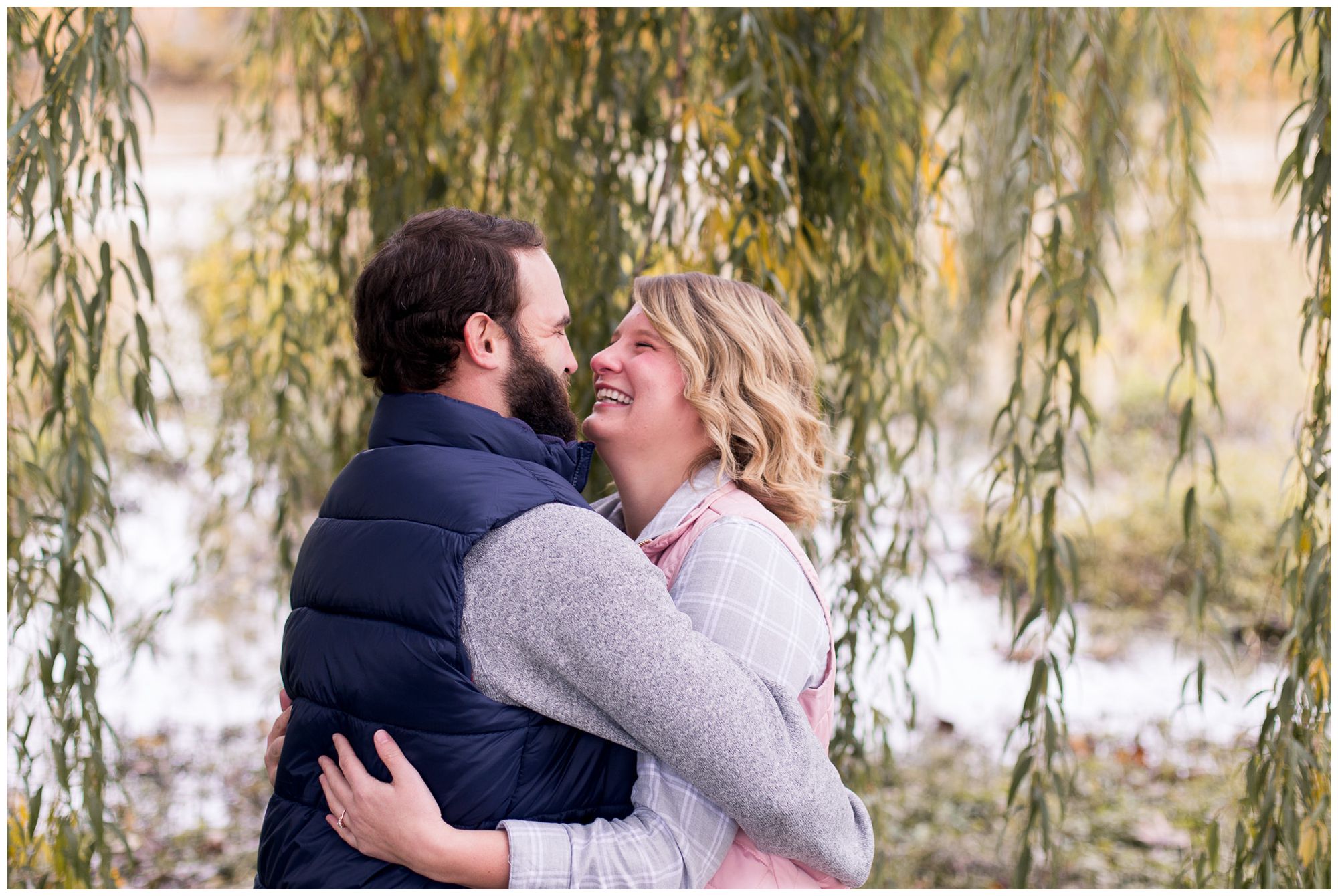 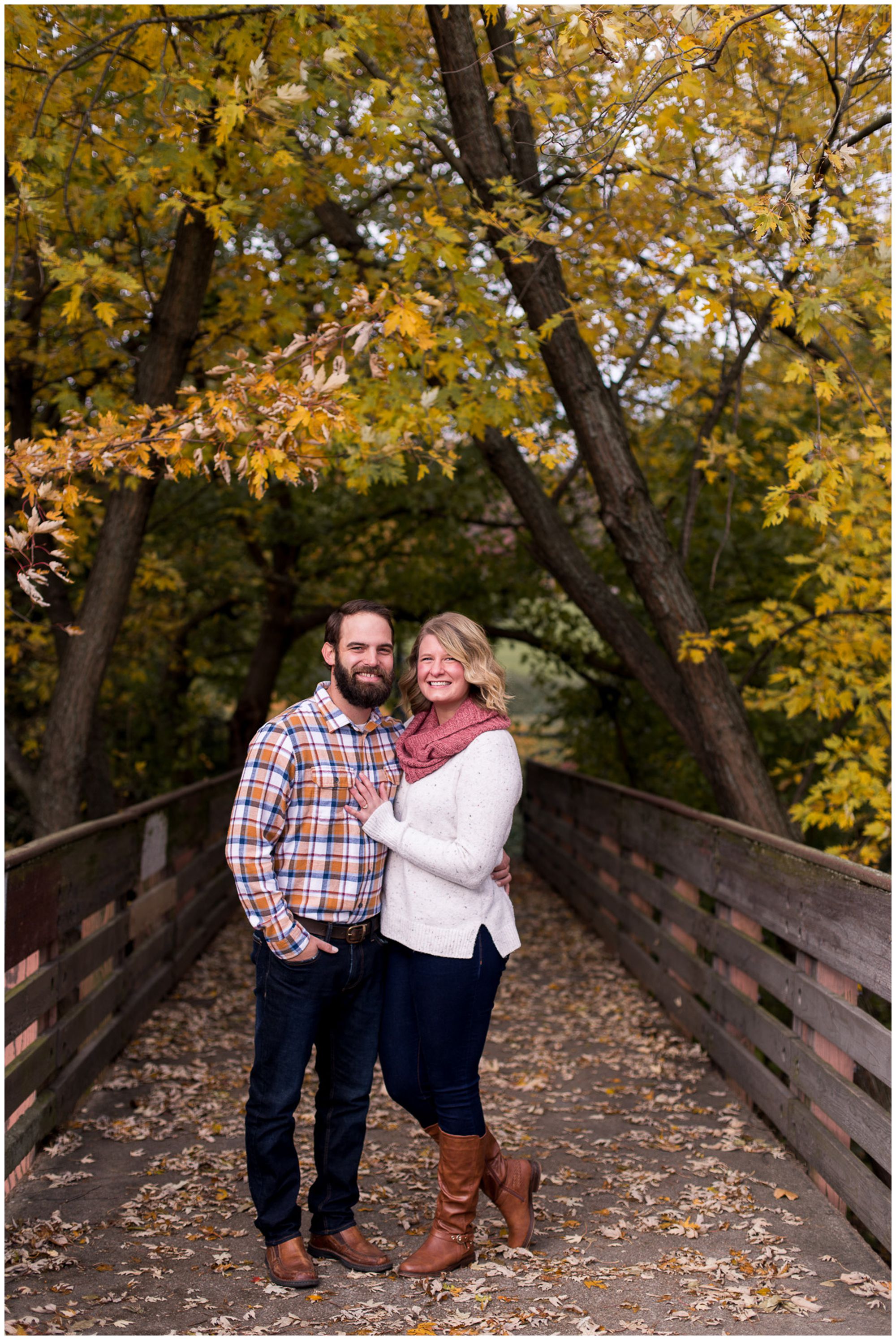 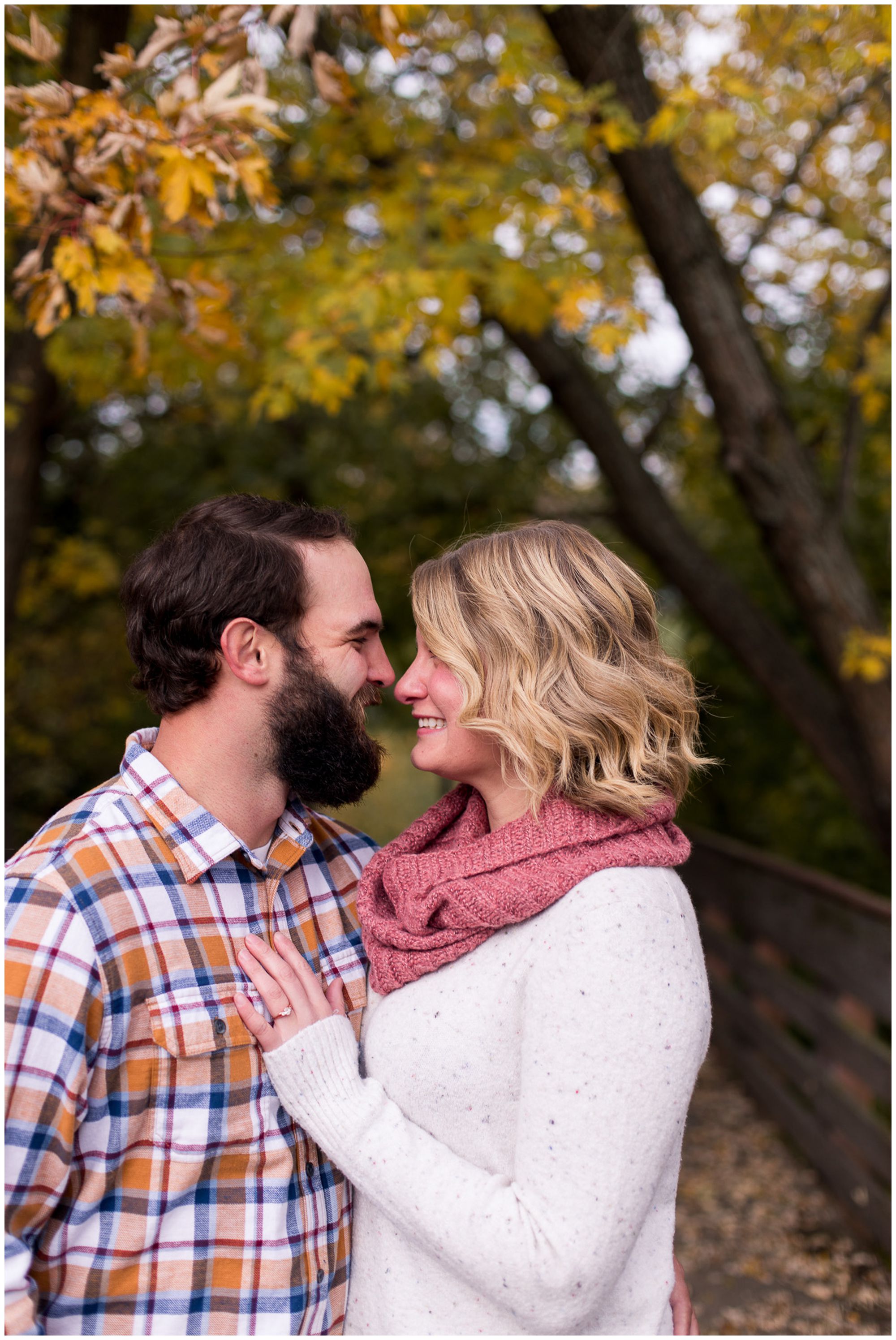 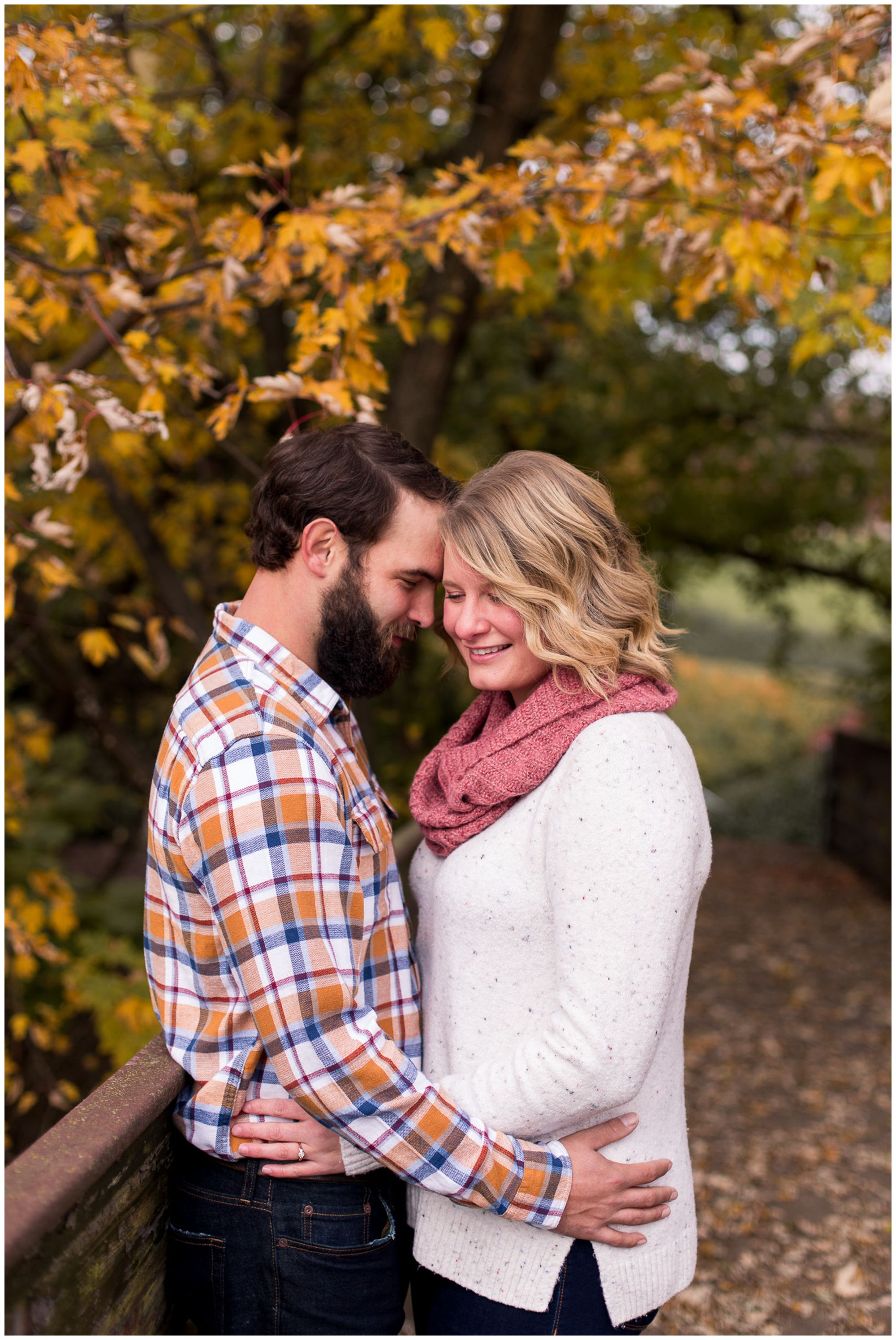 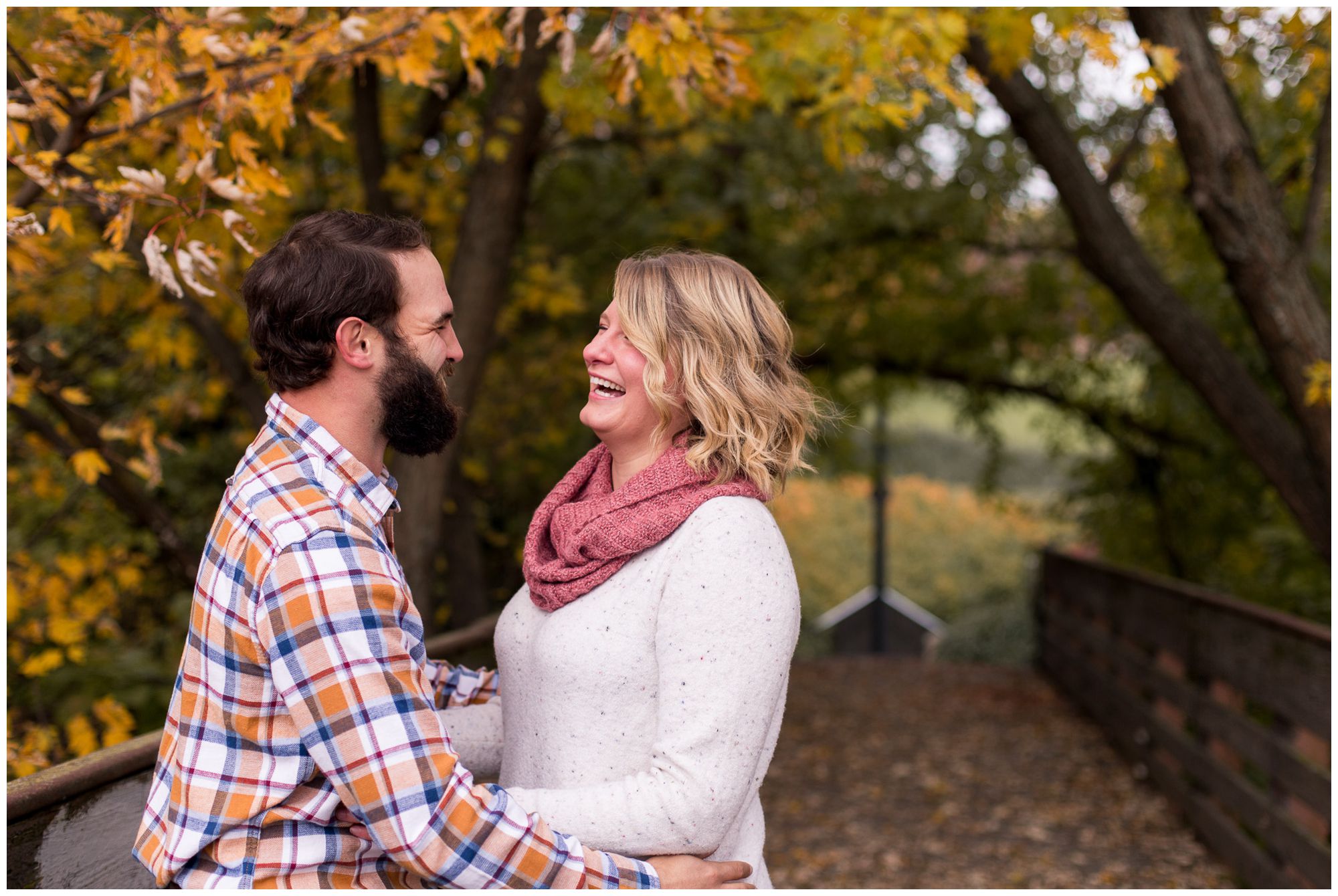 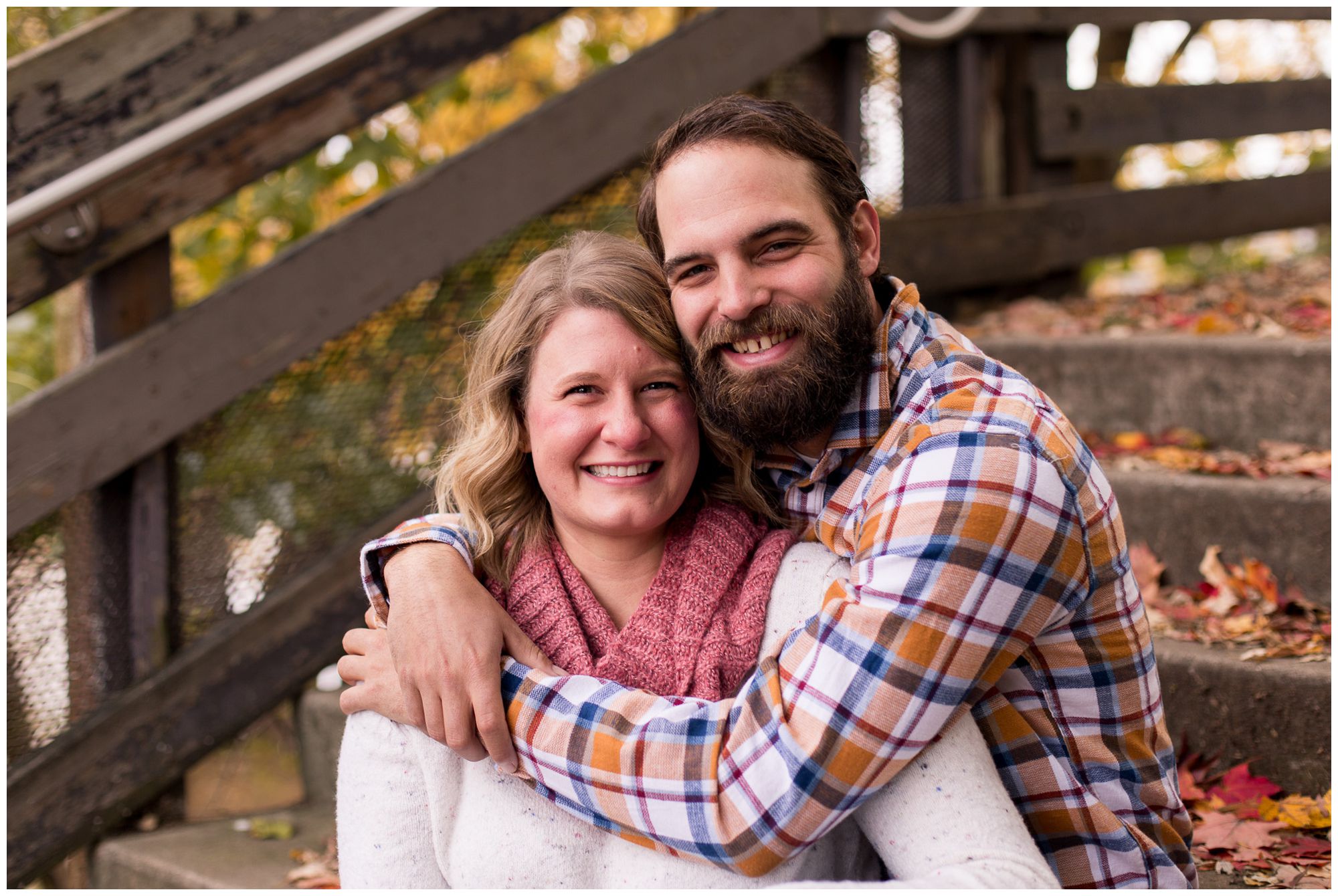 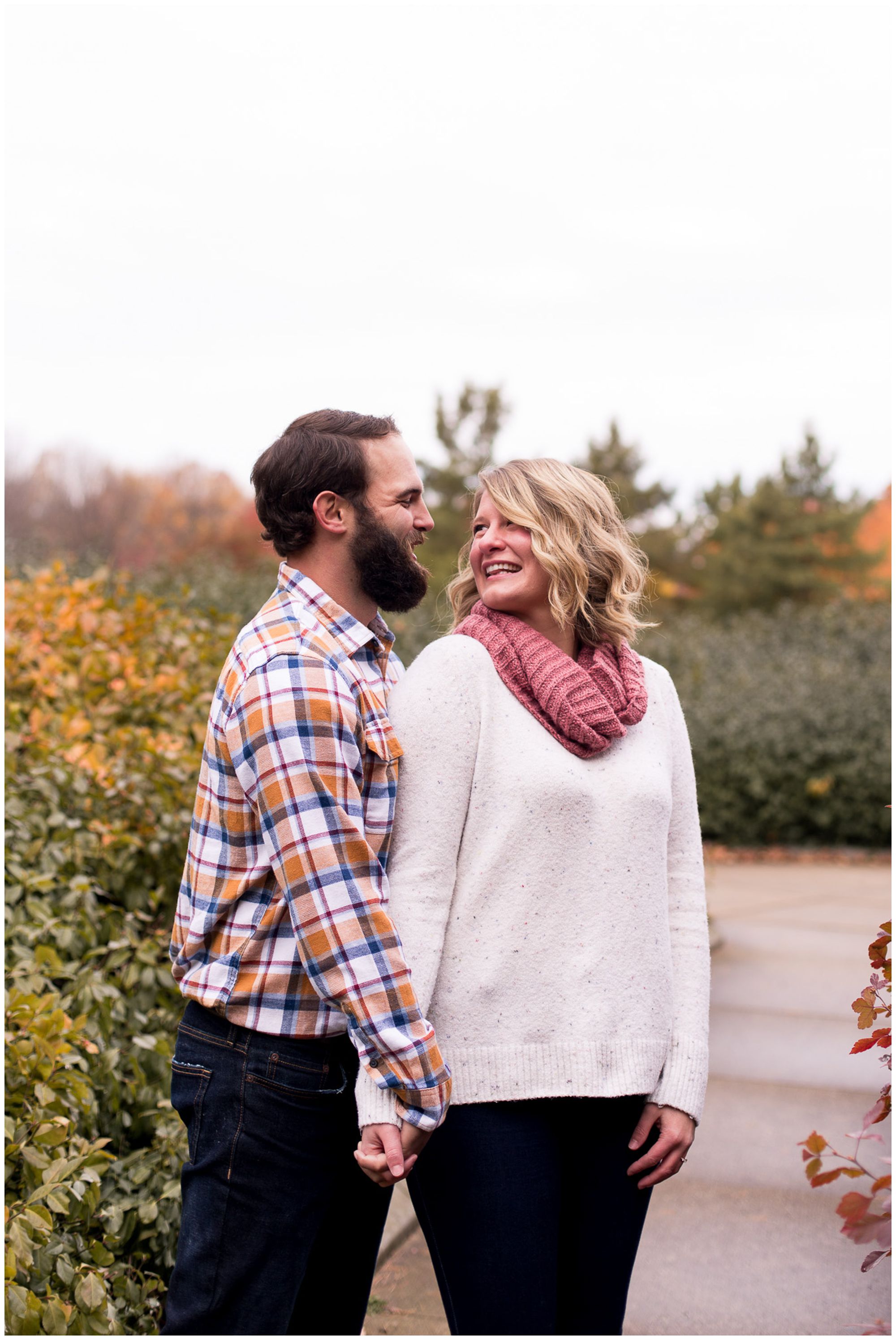 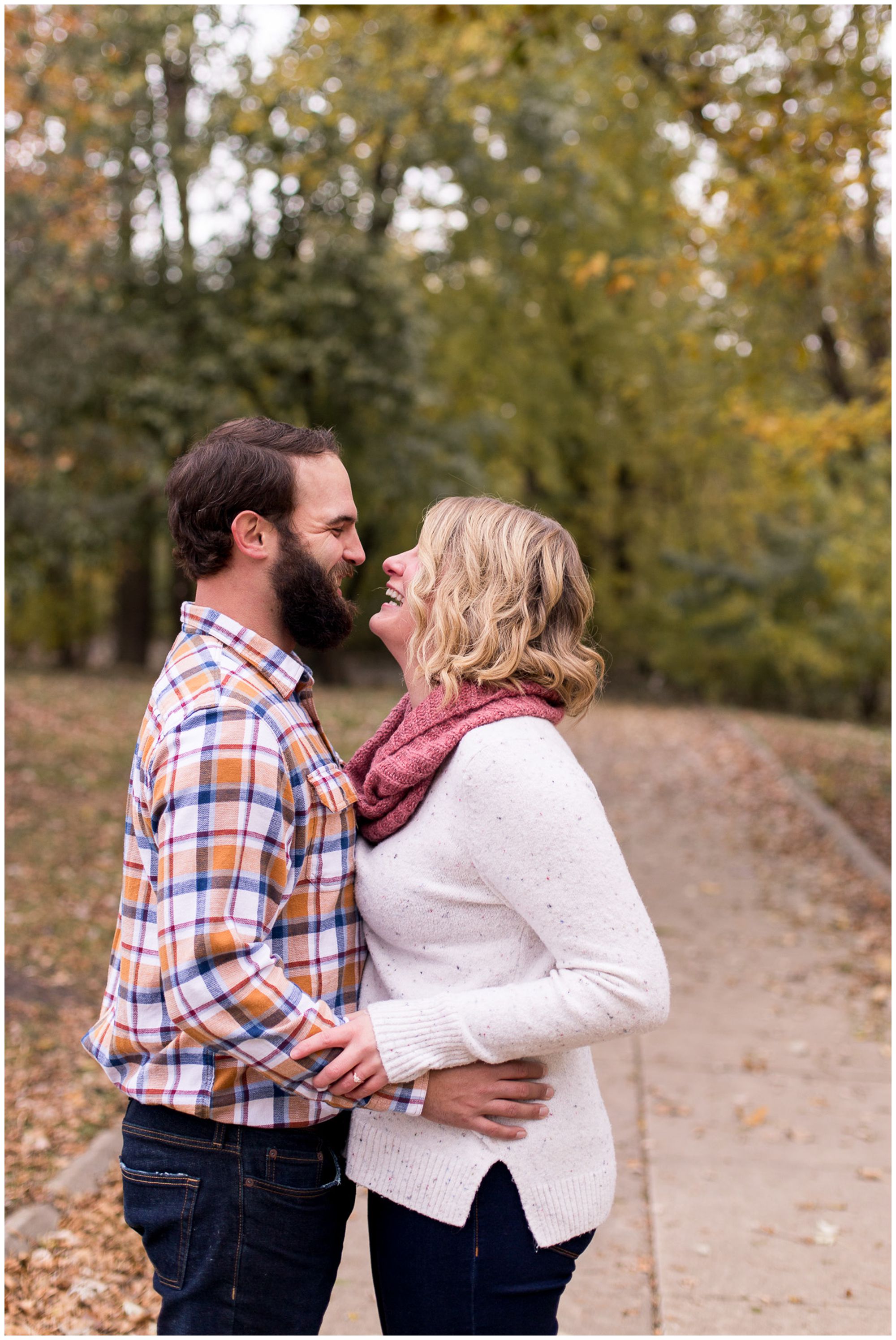 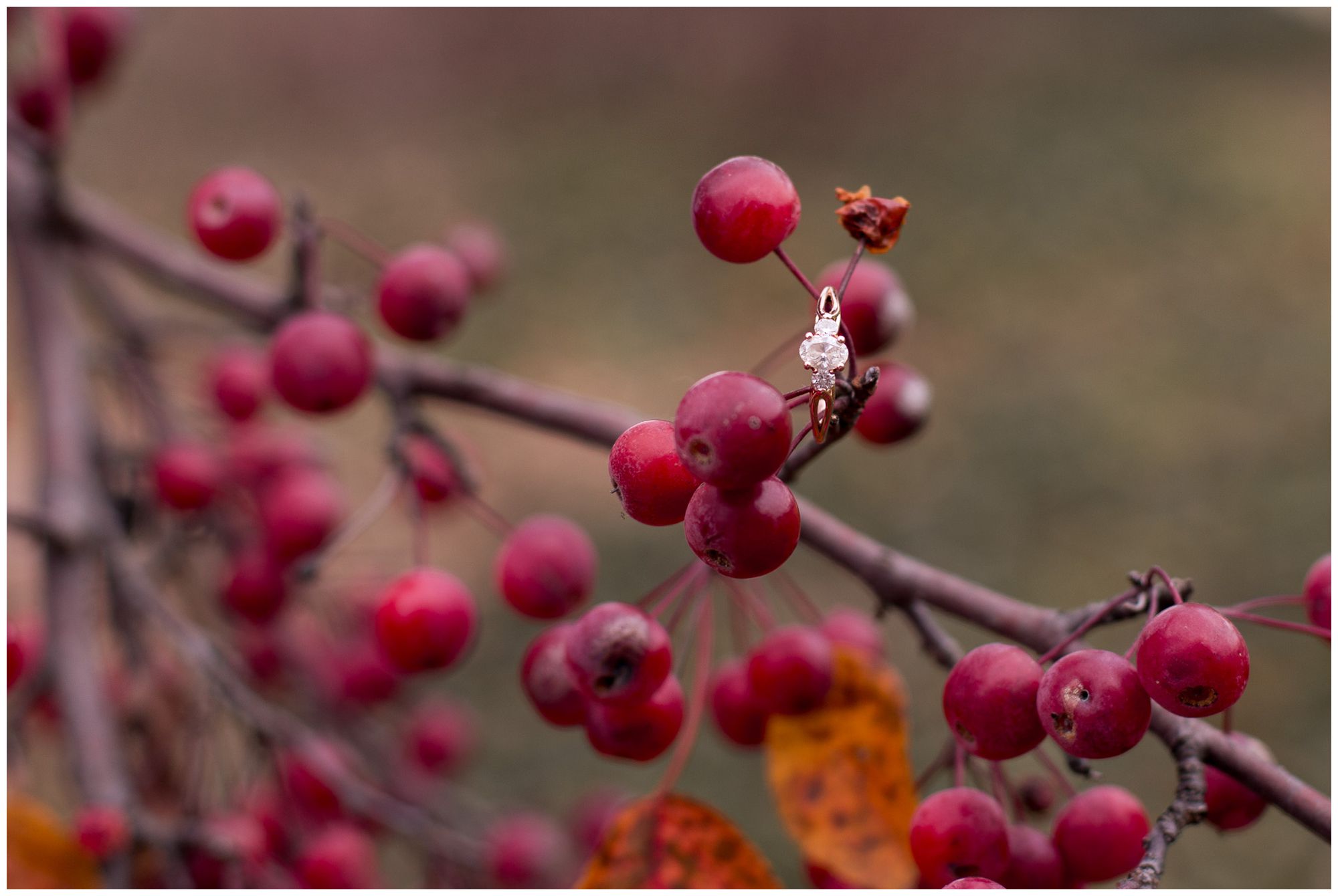 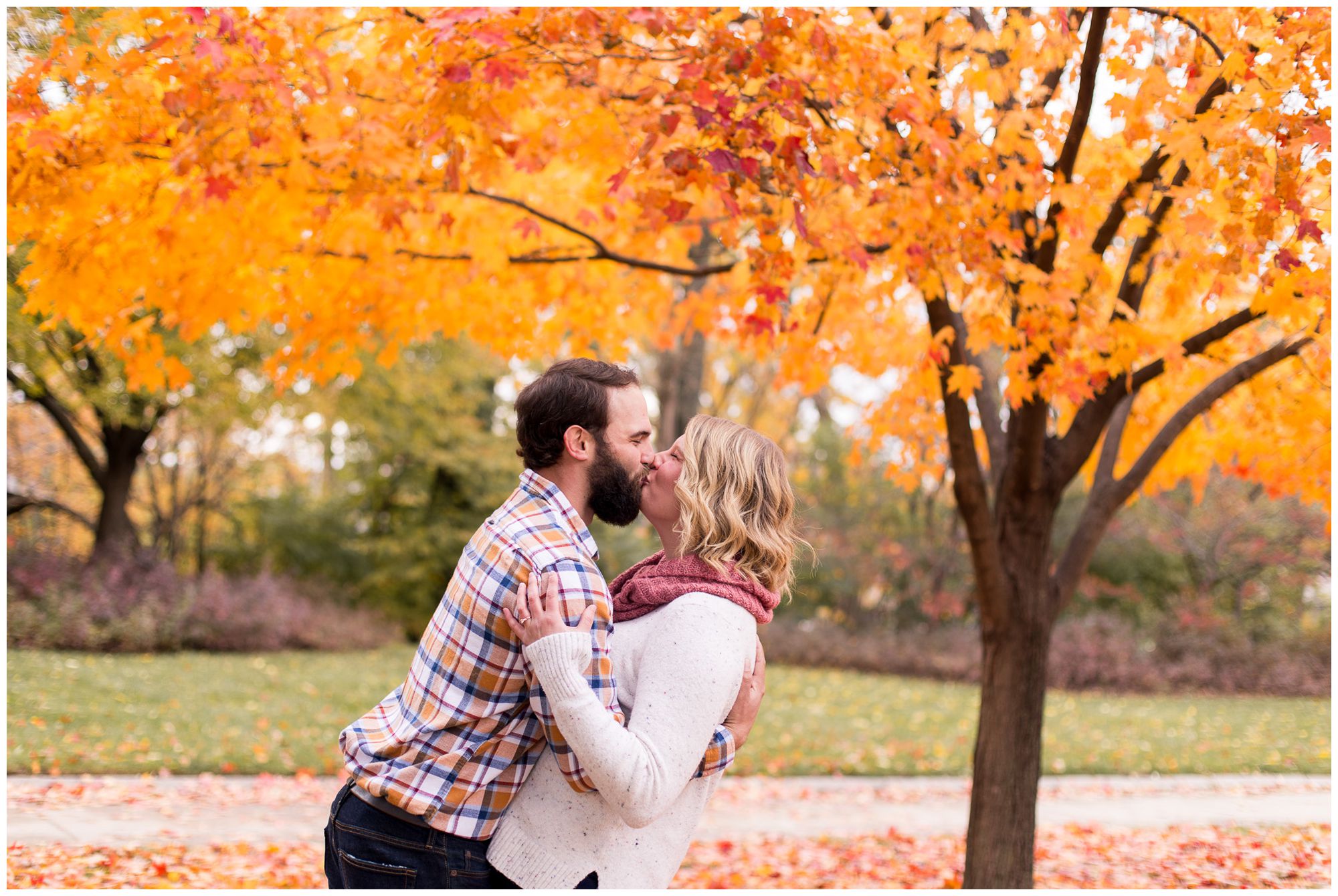 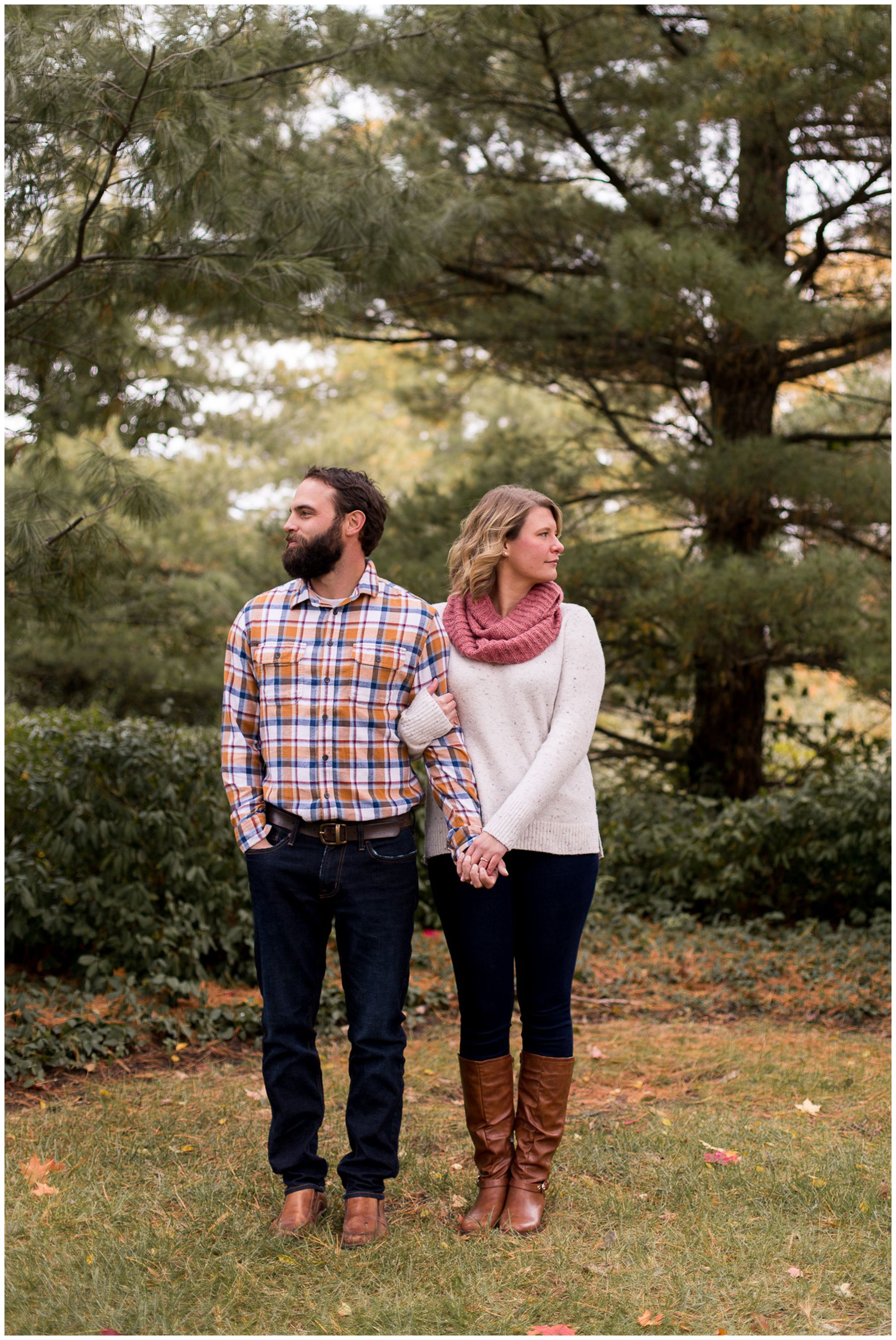 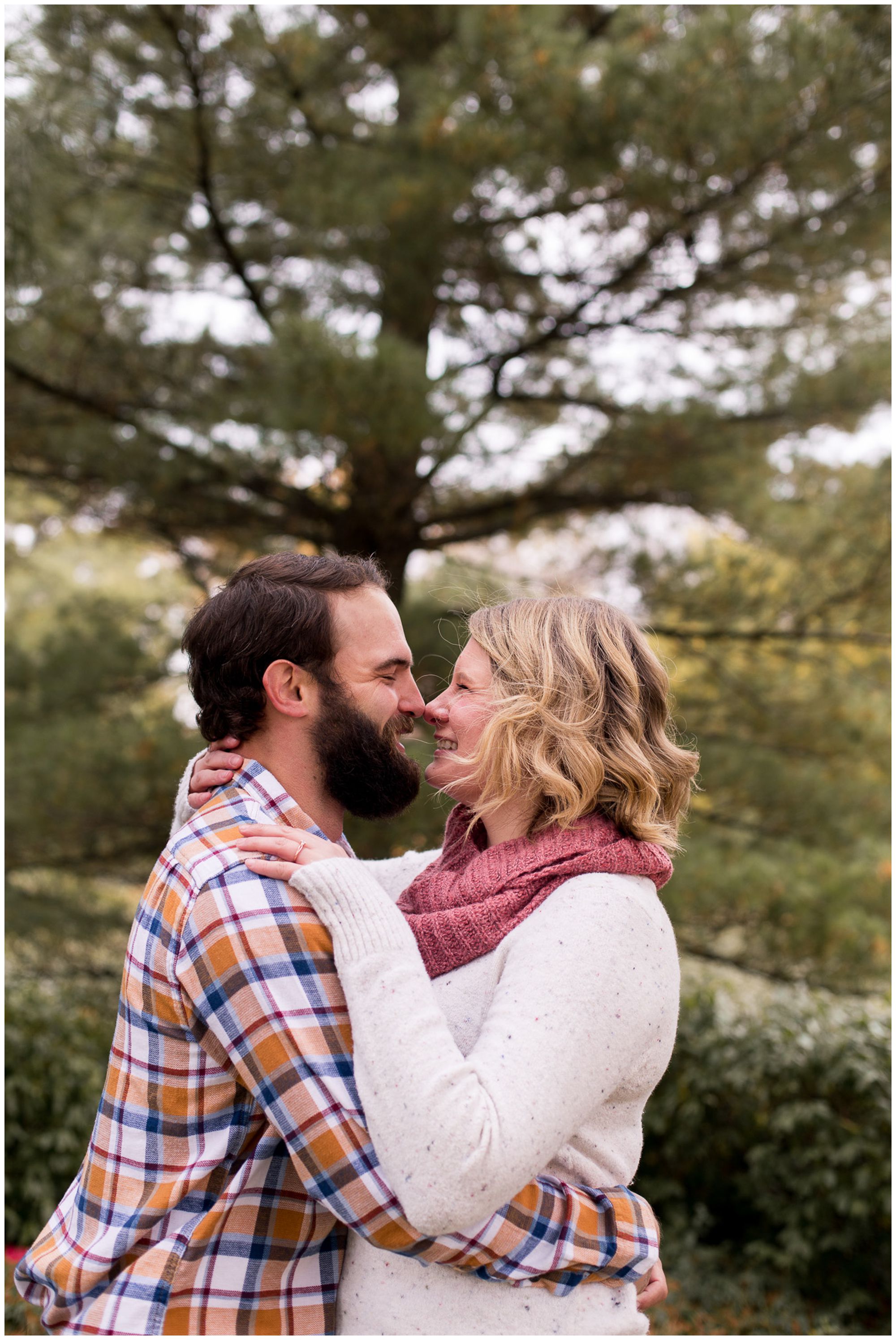 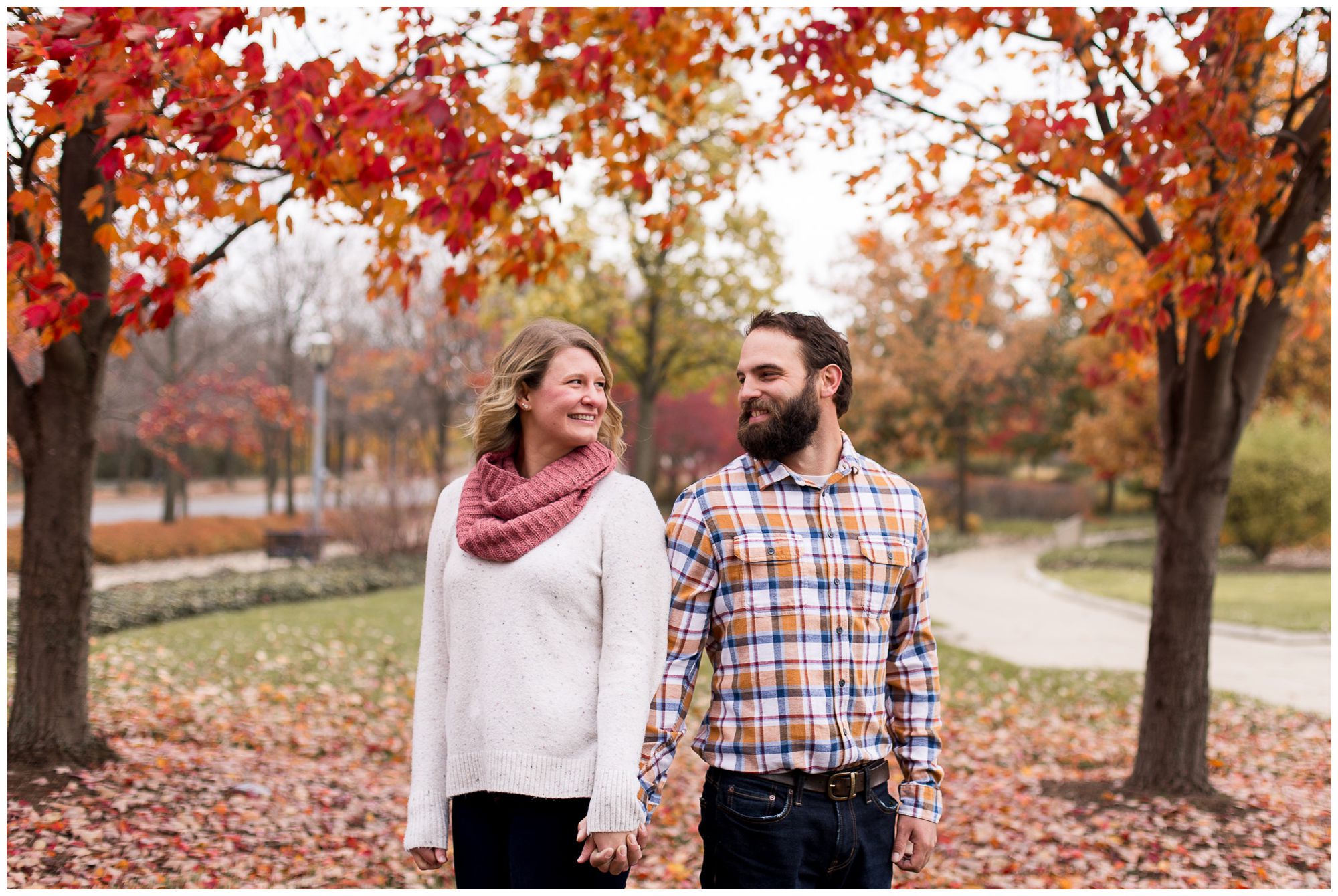 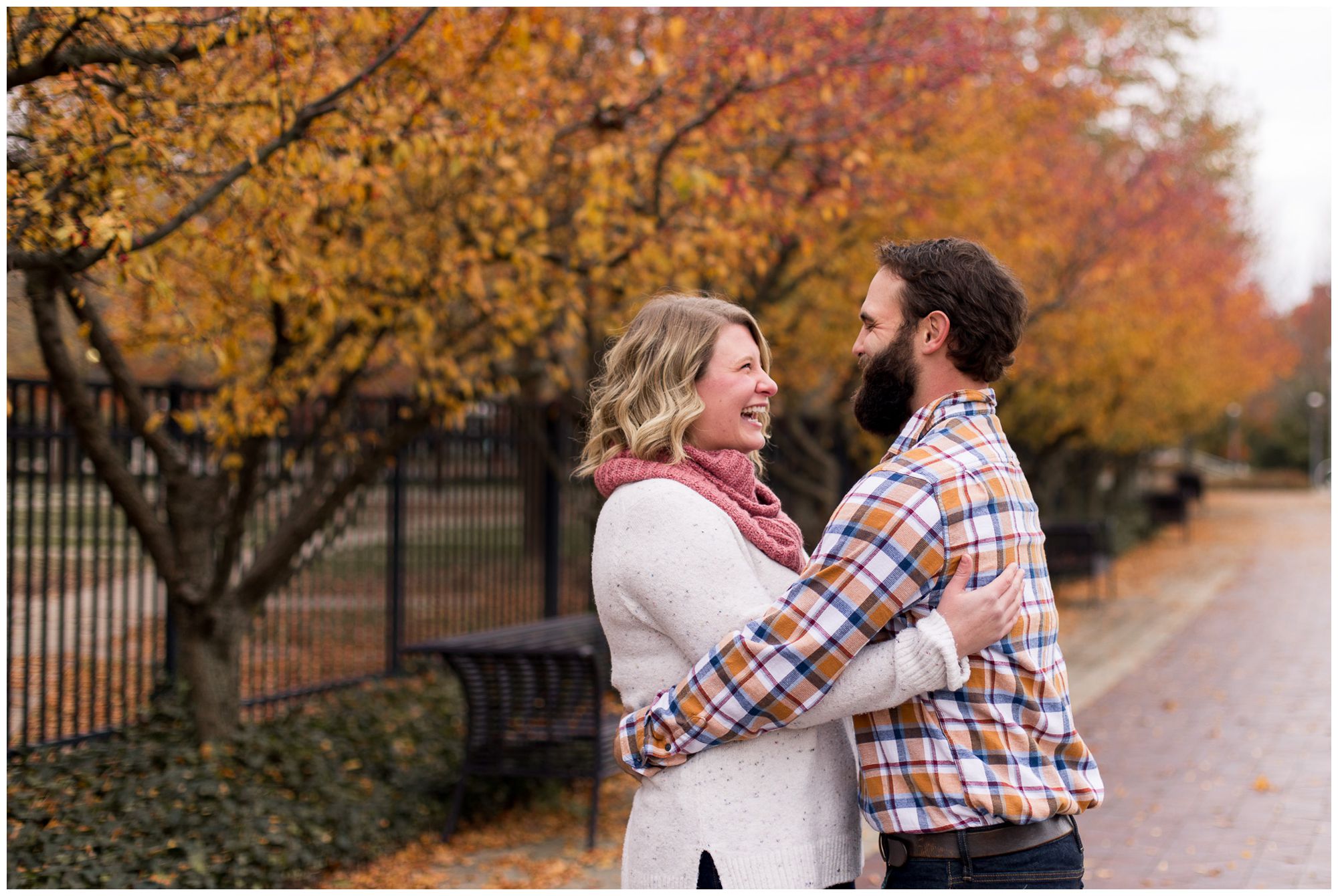 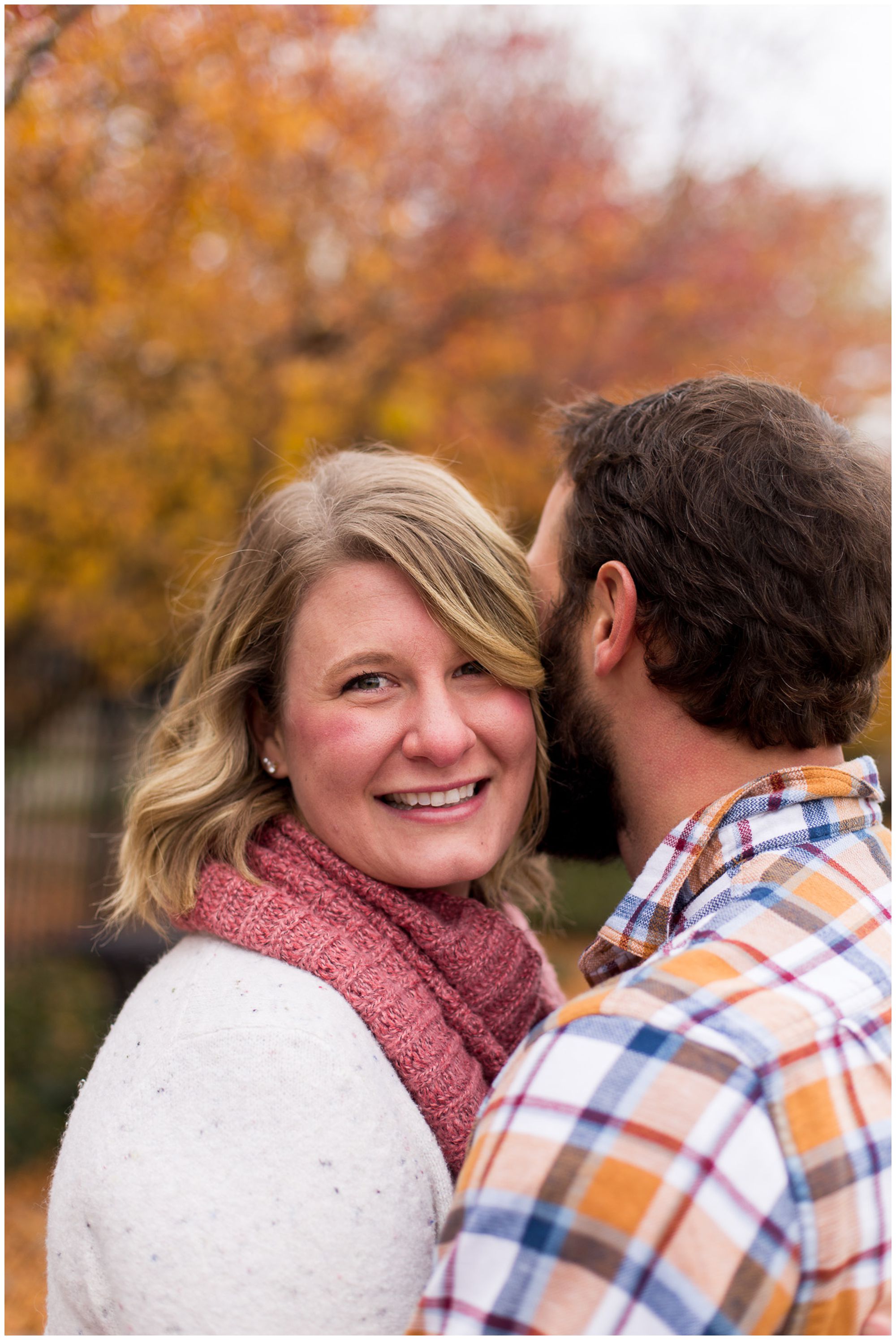 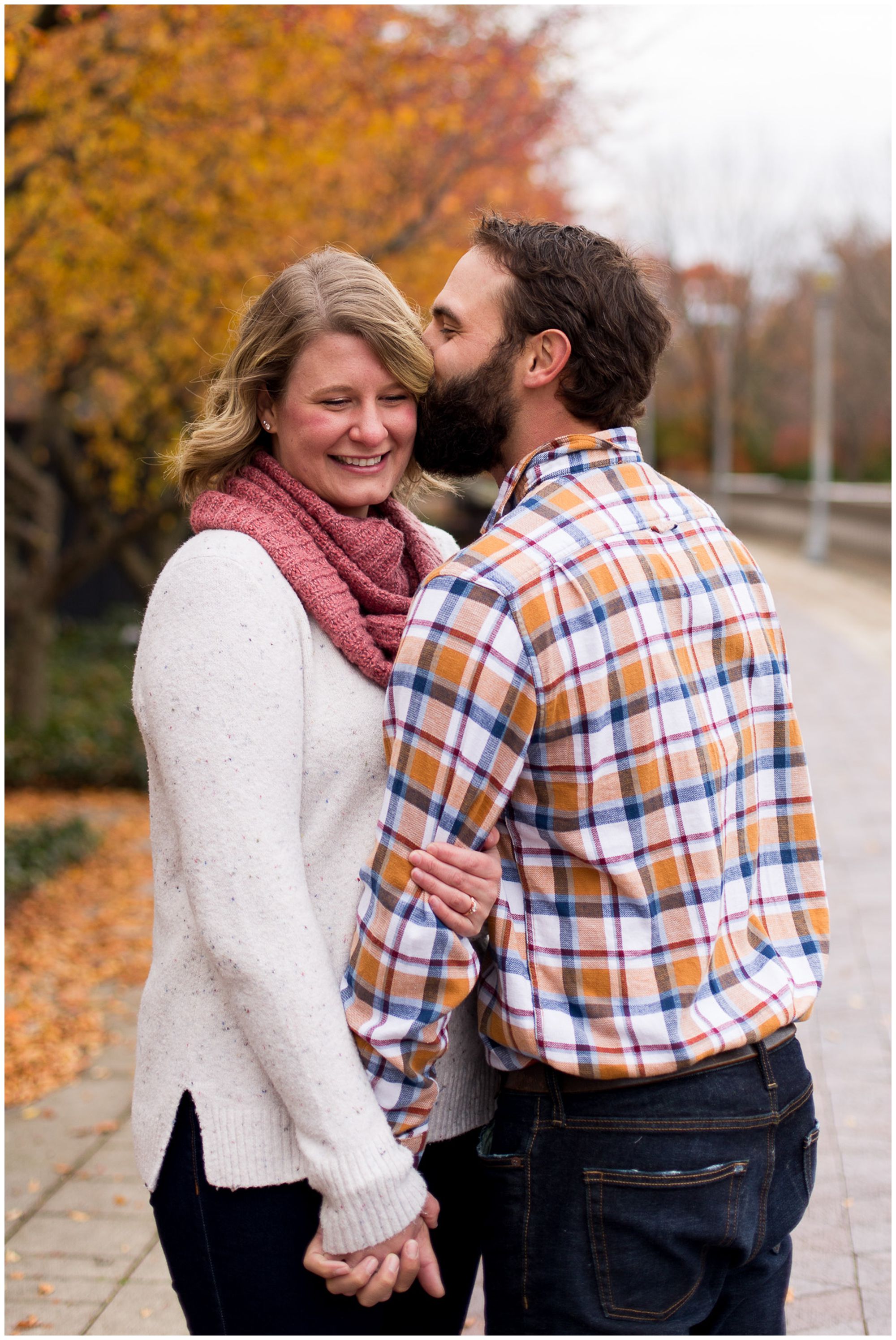 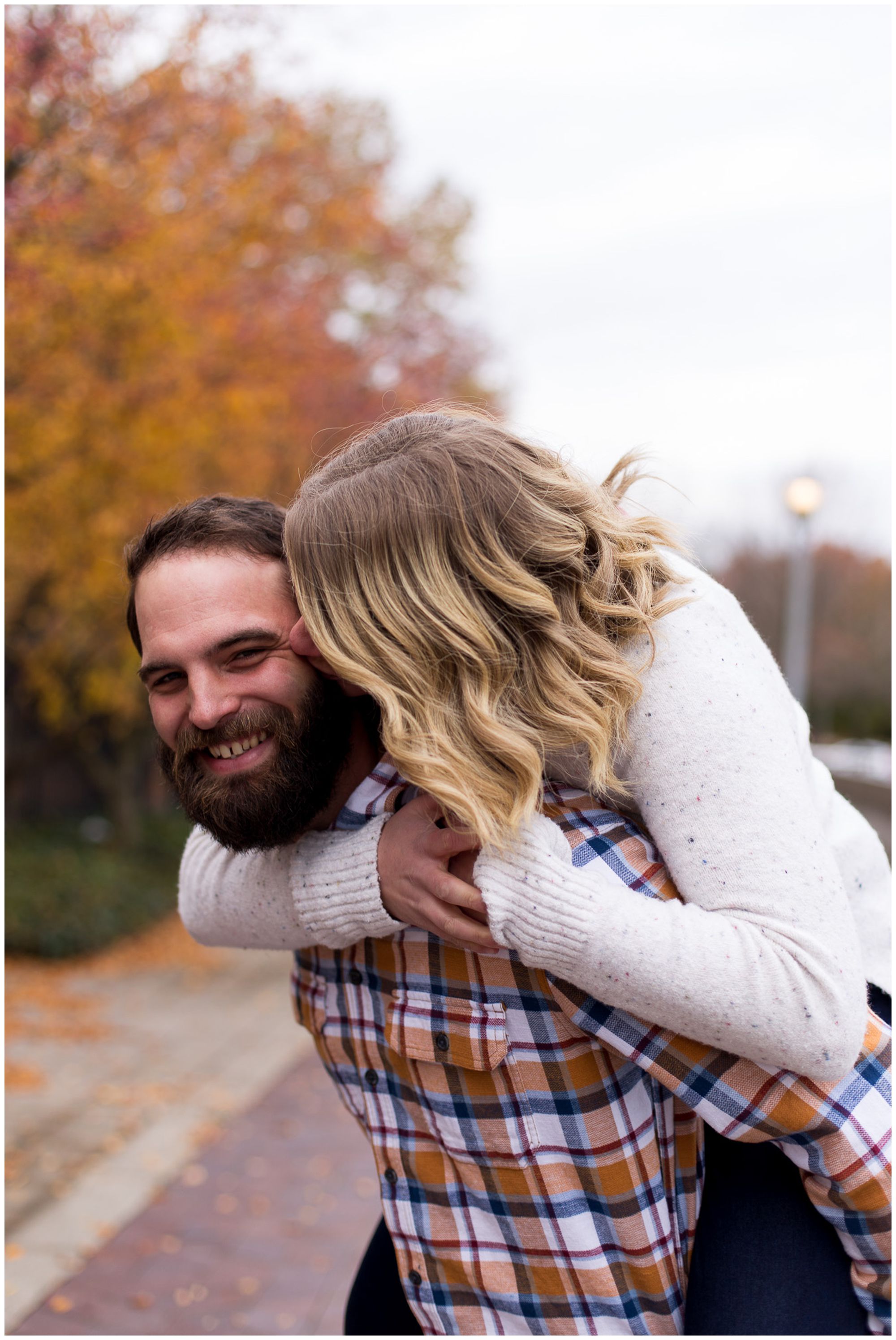