On Saturday morning, I received a phone call from Matthew and Barbara. These two decided that Saturday, Dec. 15 was the perfect day for them to tie the knot in a super intimate downtown Indy elopement ceremony at the Indiana Statehouse. These two had been working hard to try to find the perfect photographer to capture this incredible moment in their lives, so I was so honored that they chose me to capture it.

Matthew was relocated to Indy for his job a few weeks ago, and his bride just moved up last week. They had planned to get married while living in Florida, so while they weren’t able to make that happen, they were ready to be married to one another and chose the Indiana State House for their elopement venue. It was absolutely the perfect choice, as there are so many beautiful spots inside the statehouse, and the gorgeous warm tones made these two look amazing for their portraits. Plus, it was raining almost the entire time we were there, so we were still able to get beautiful portraits without stepping foot outside until the end.

They were first engaged two years ago in Barbara’s home country of Brazil, on a mountain – an absolutely perfect spot for these two. Matthew presented her with a jaw-dropping diamond ring that adorned her finger. In Brazilian culture, the groom also receives an engagement ring, so it was so neat to still incorporate each of their special traditions into the day.

Their ceremony was so sweet, with Barbara wiping away some tears throughout. They took a moment to just soak in the moment right before exchanging rings and being pronounced husband and wife.

My favorite part about these two is that they were just ready to be married. Barbara told me that she had picked out a dress online, but it wasn’t going to arrive on time so she found her stunning dress to wear instead. They found Victoria of Marry Me in Indy to officiate, who I have had the pleasure of working with a few times, and she did an incredible job once again. She led them to the Indiana Statehouse and helped direct us to the right places for the best photos during their ceremony and portraits.

After their ceremony, Barbara told me that I would have to guide them through the posing. With the first portrait I took of them, I just laughed because they needed no posing guidance from me; they were naturals! We roamed around the statehouse until it was almost time to close, and the rain had stopped by that point, so we could capture a couple photos outside before parting ways. I’m looking forward to working with these two again as they expect their first baby in 2019! 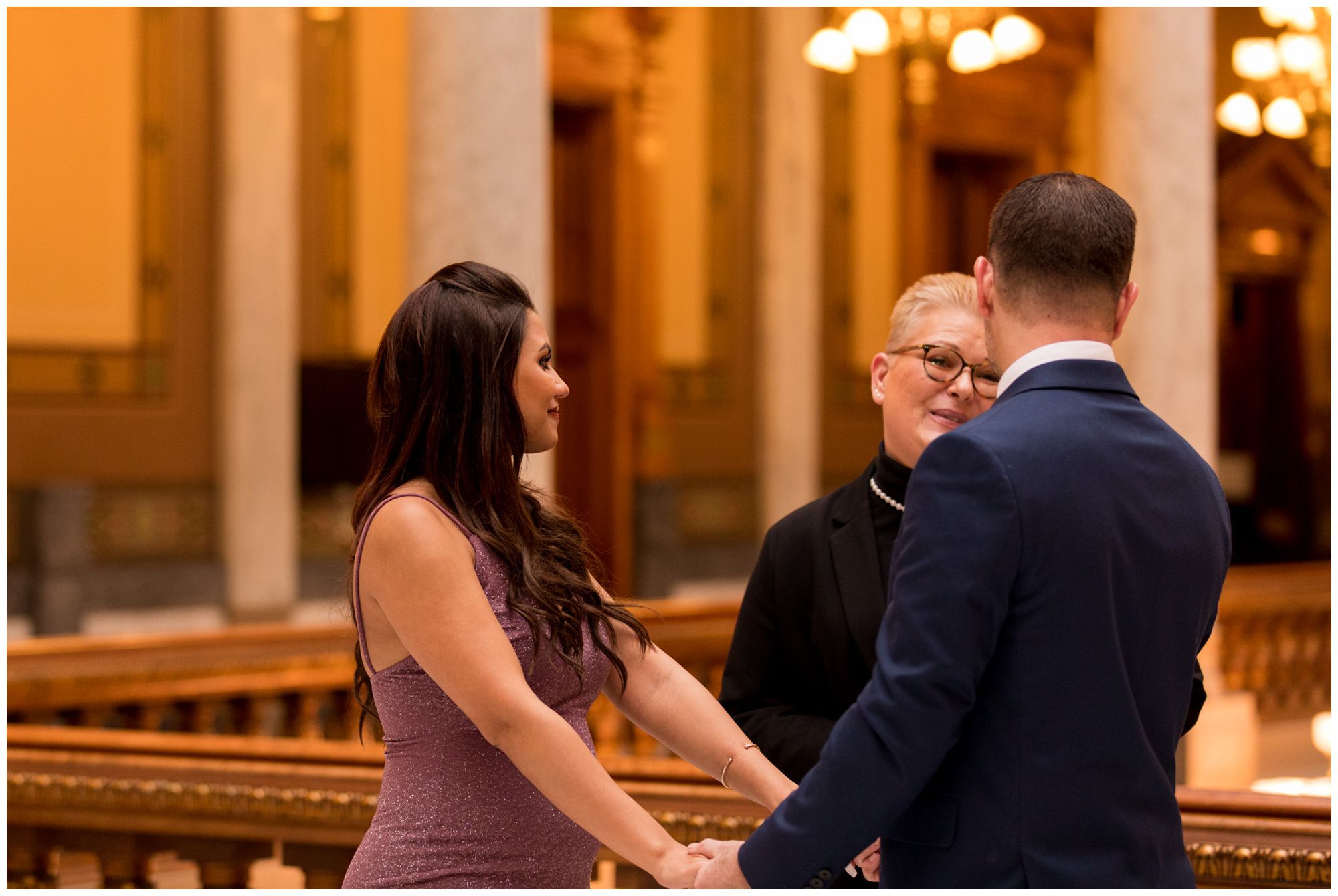 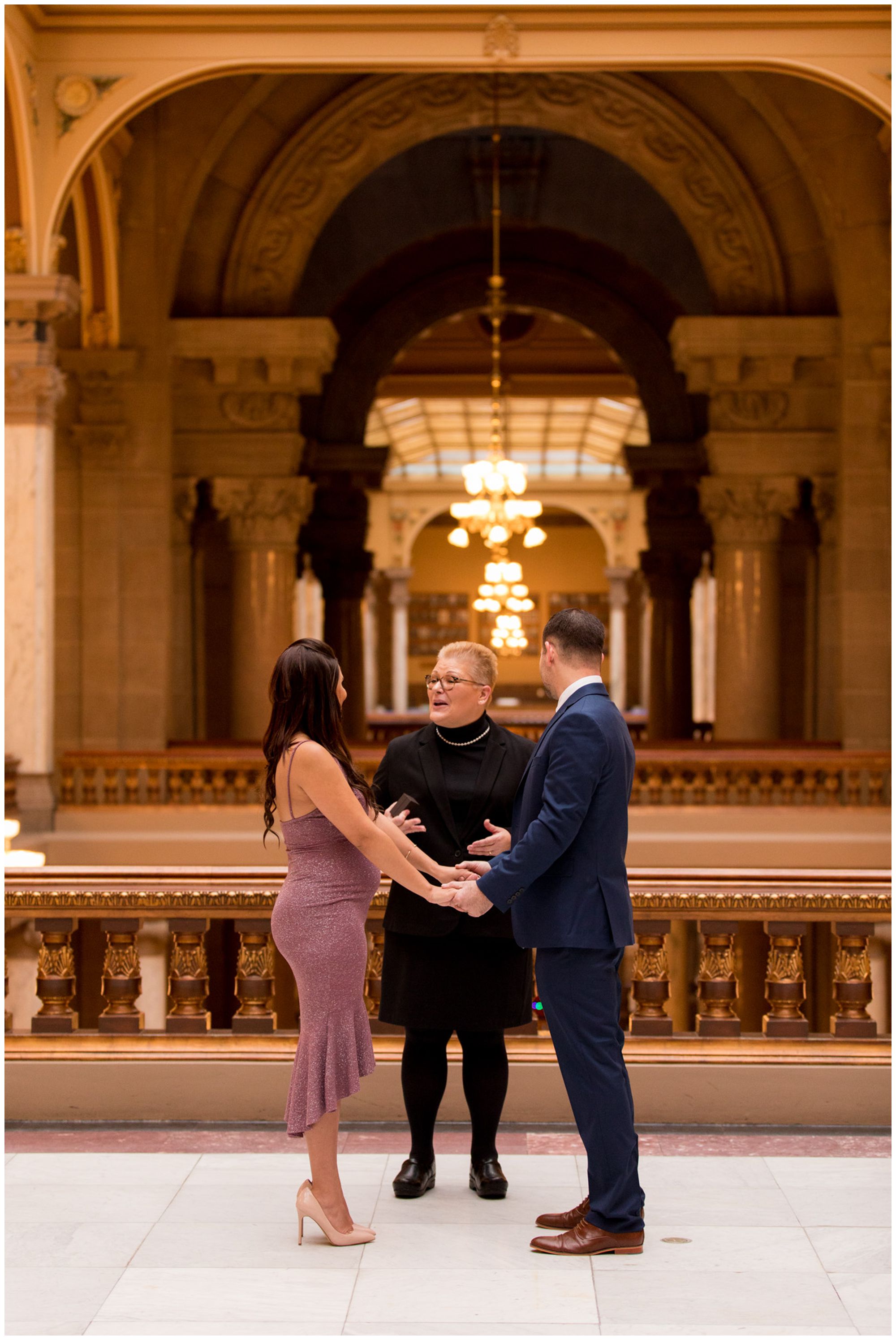 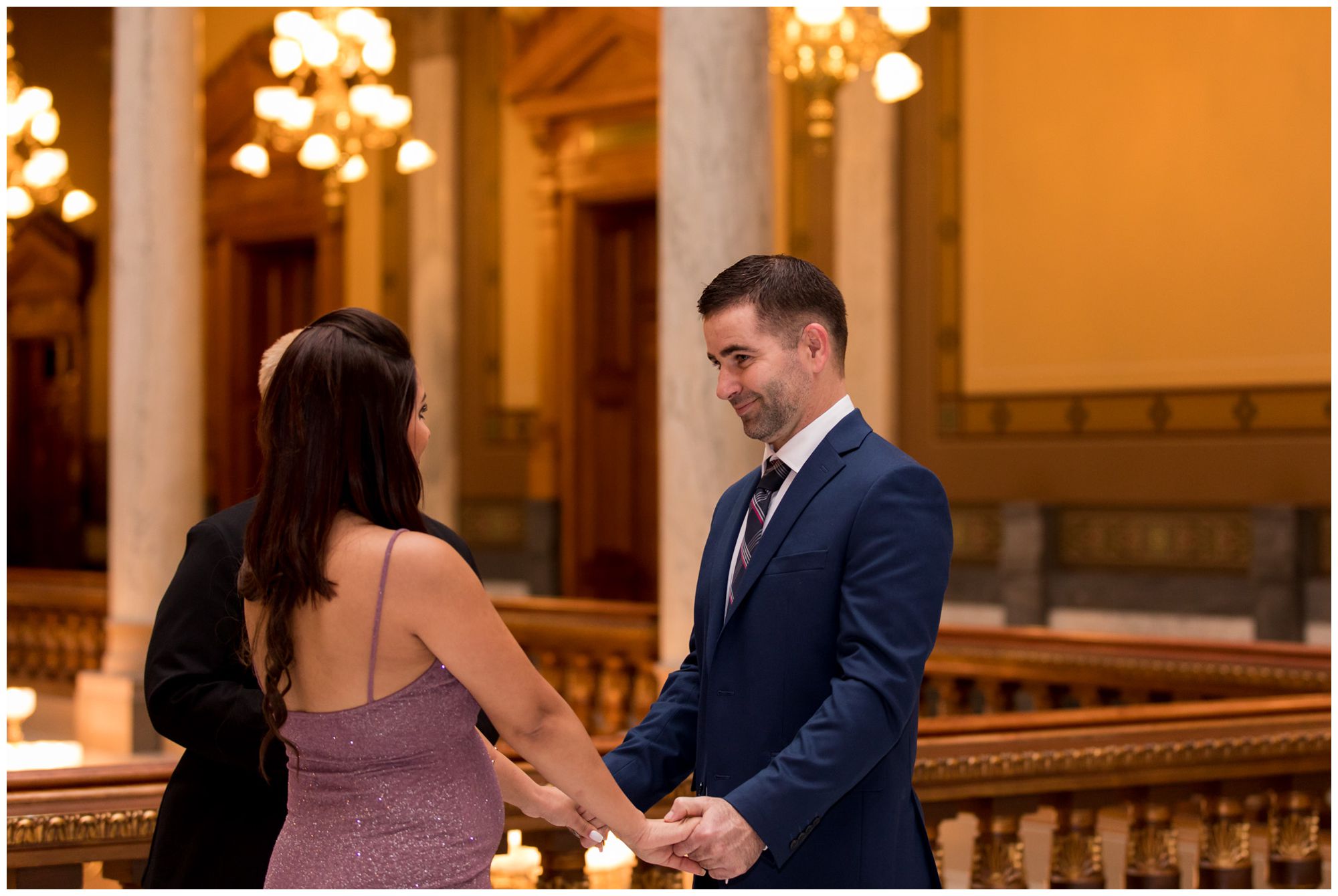 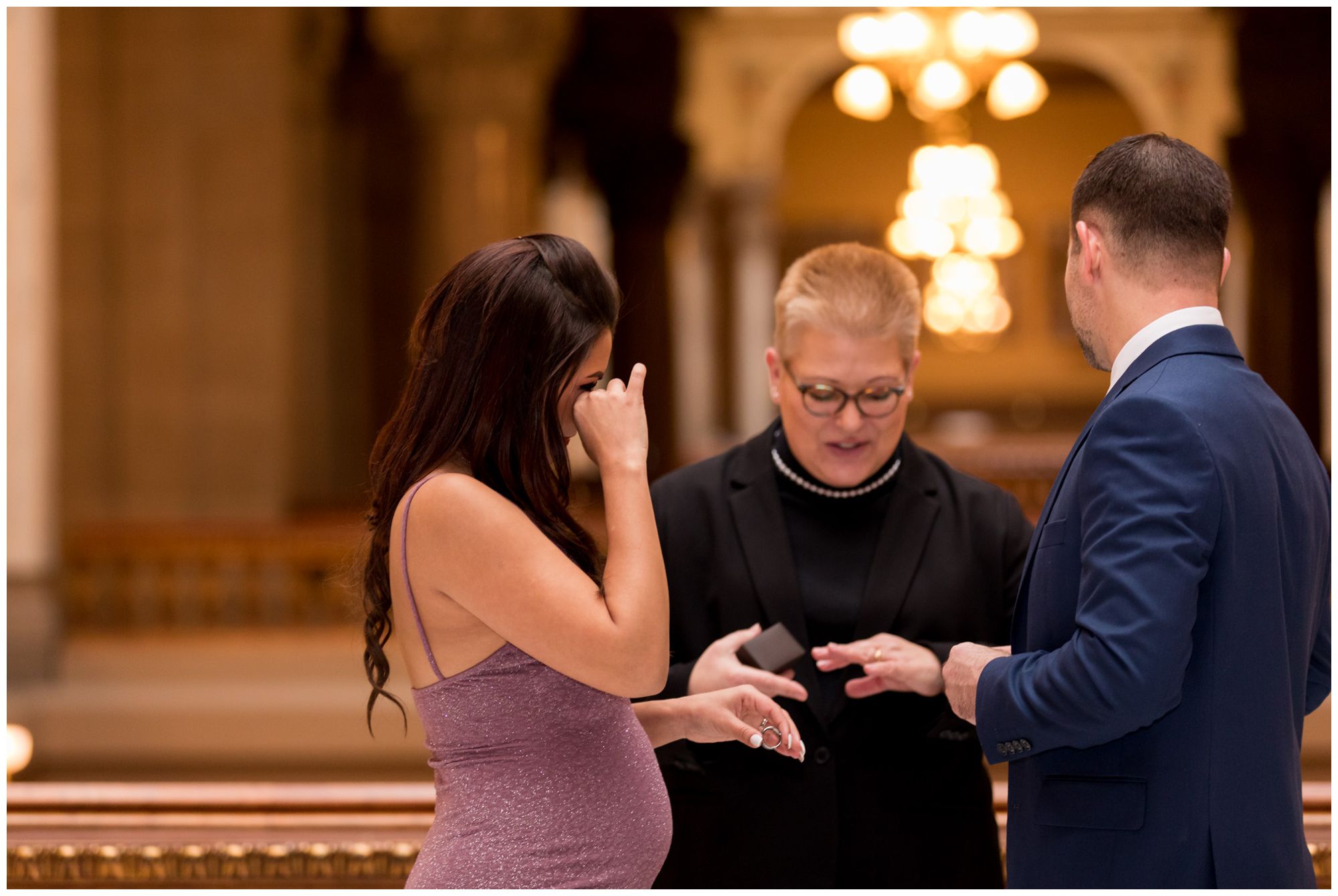 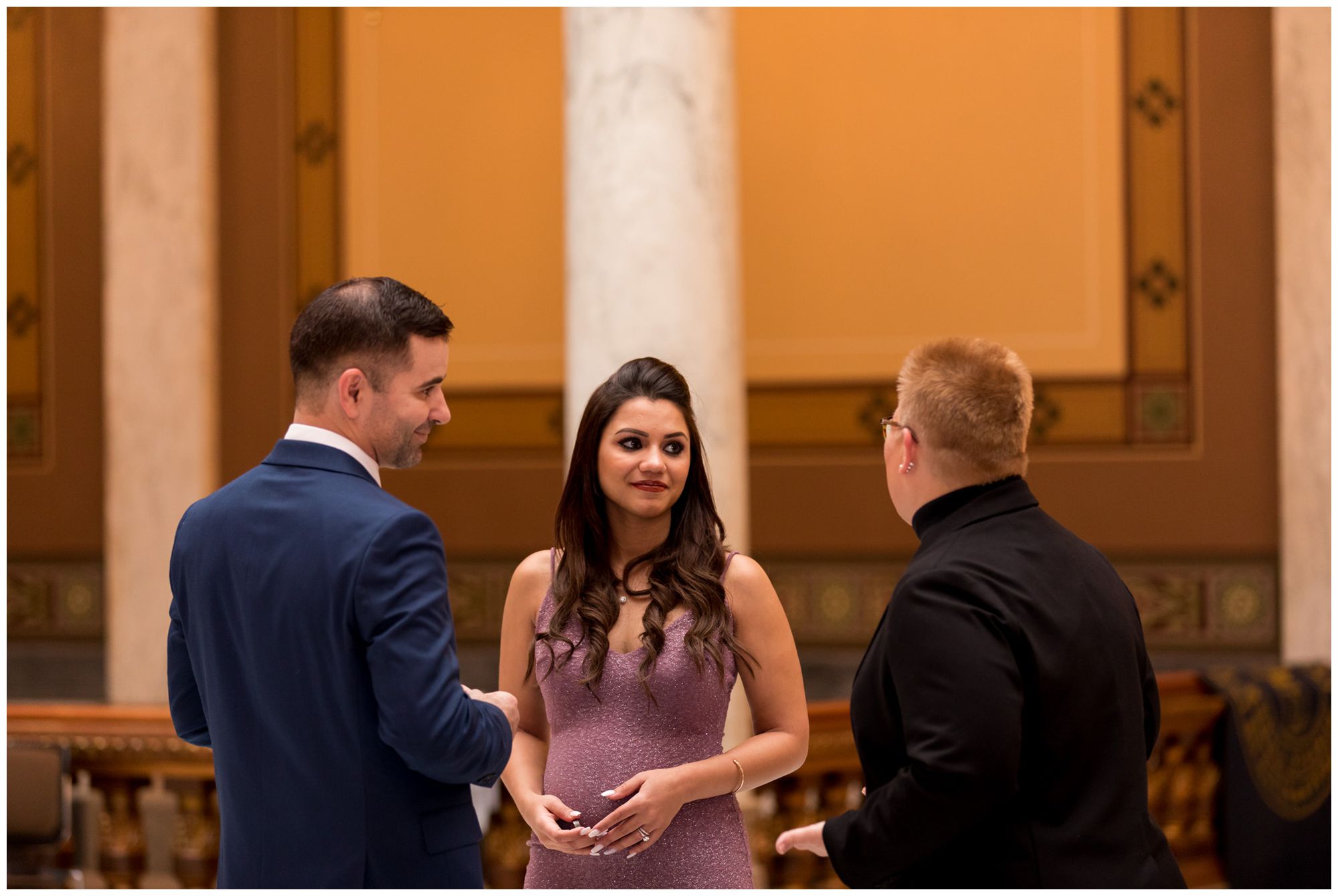 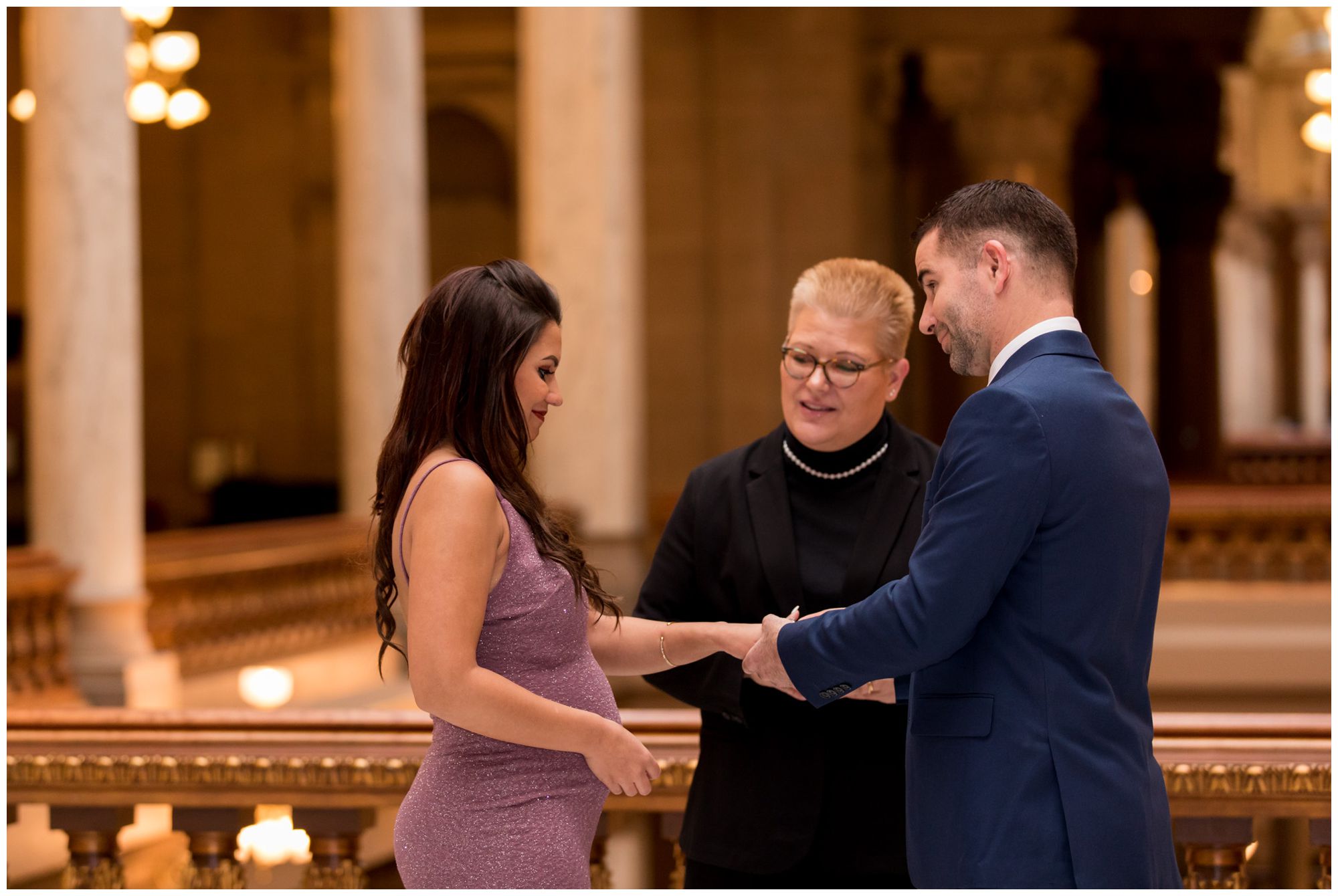 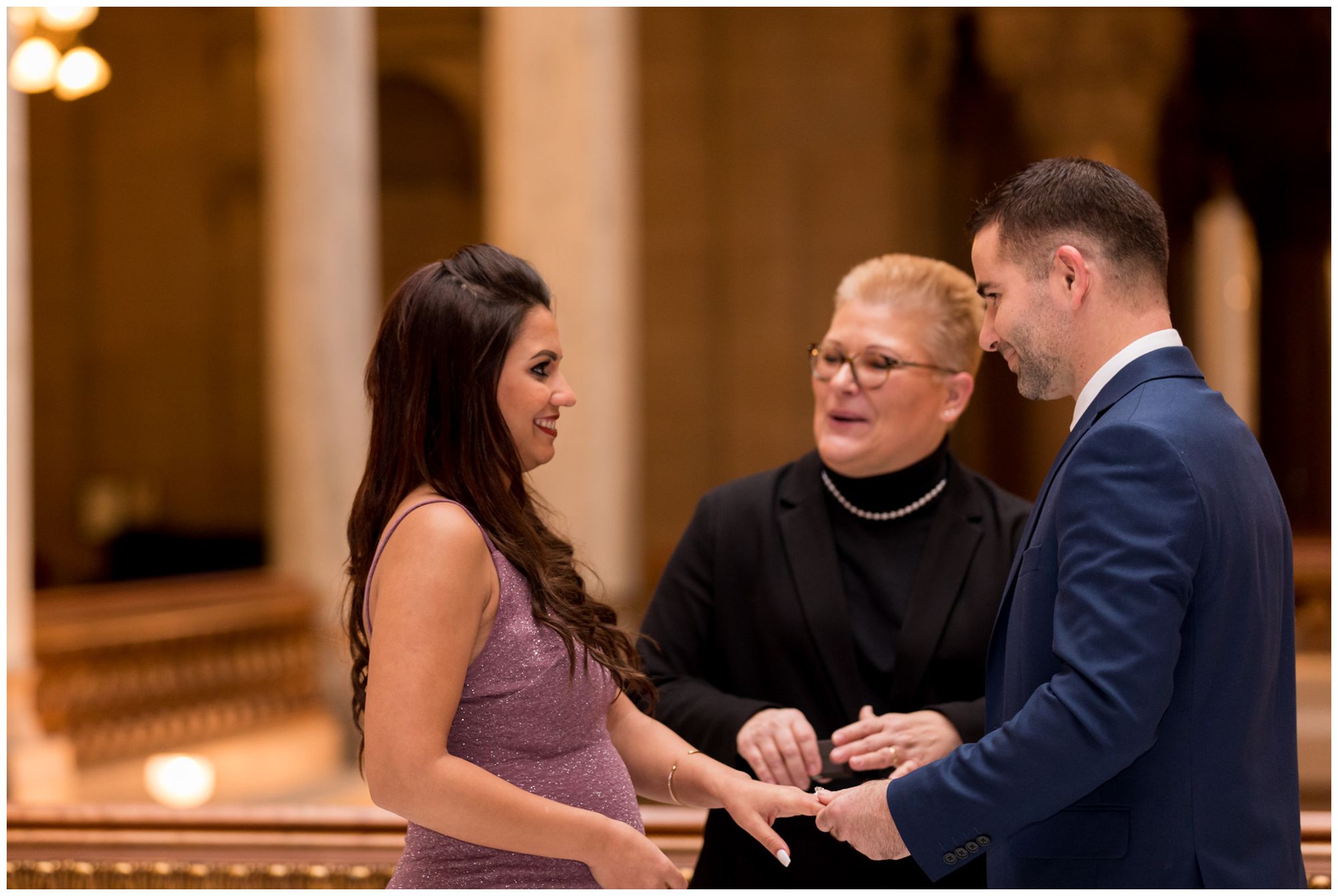 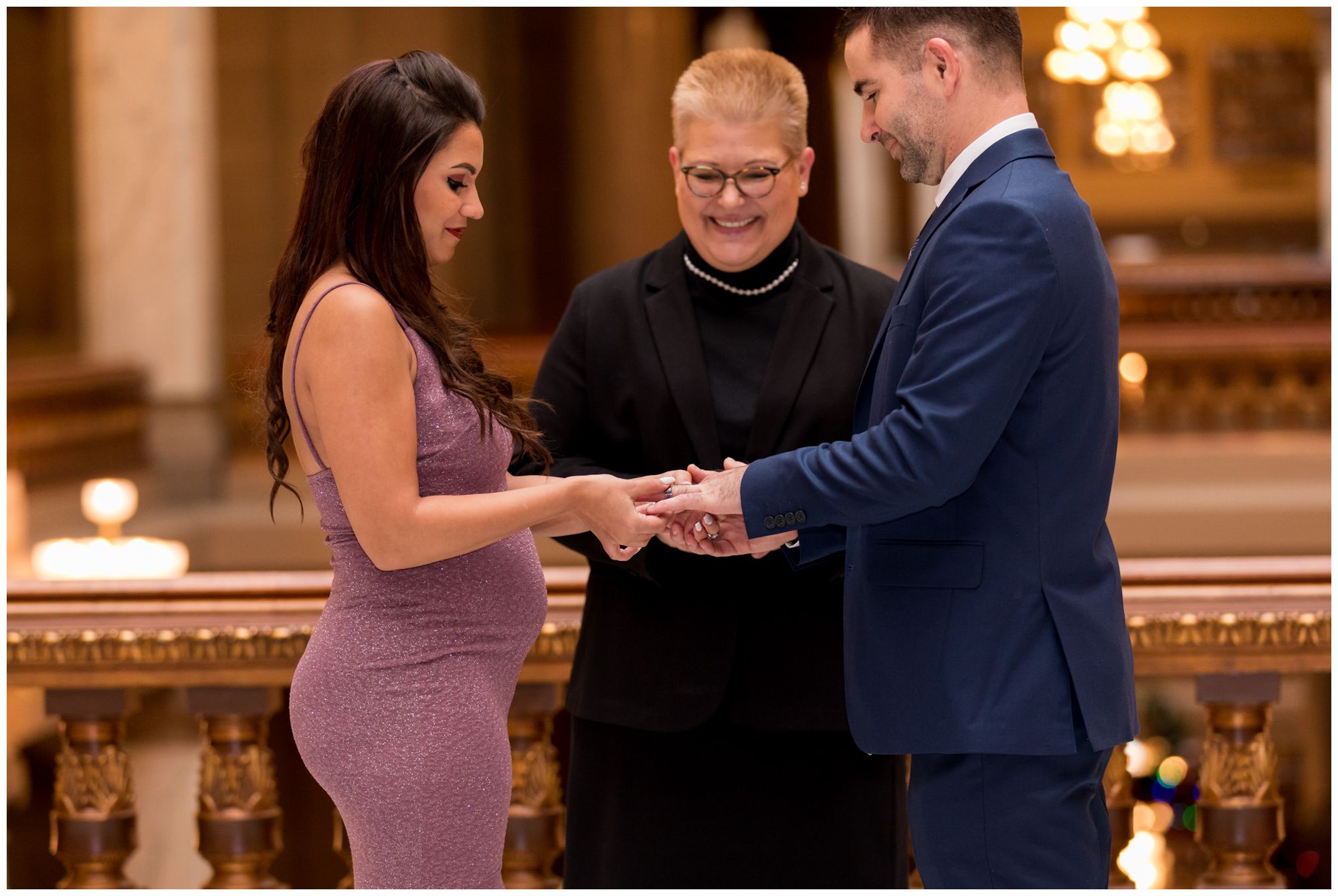 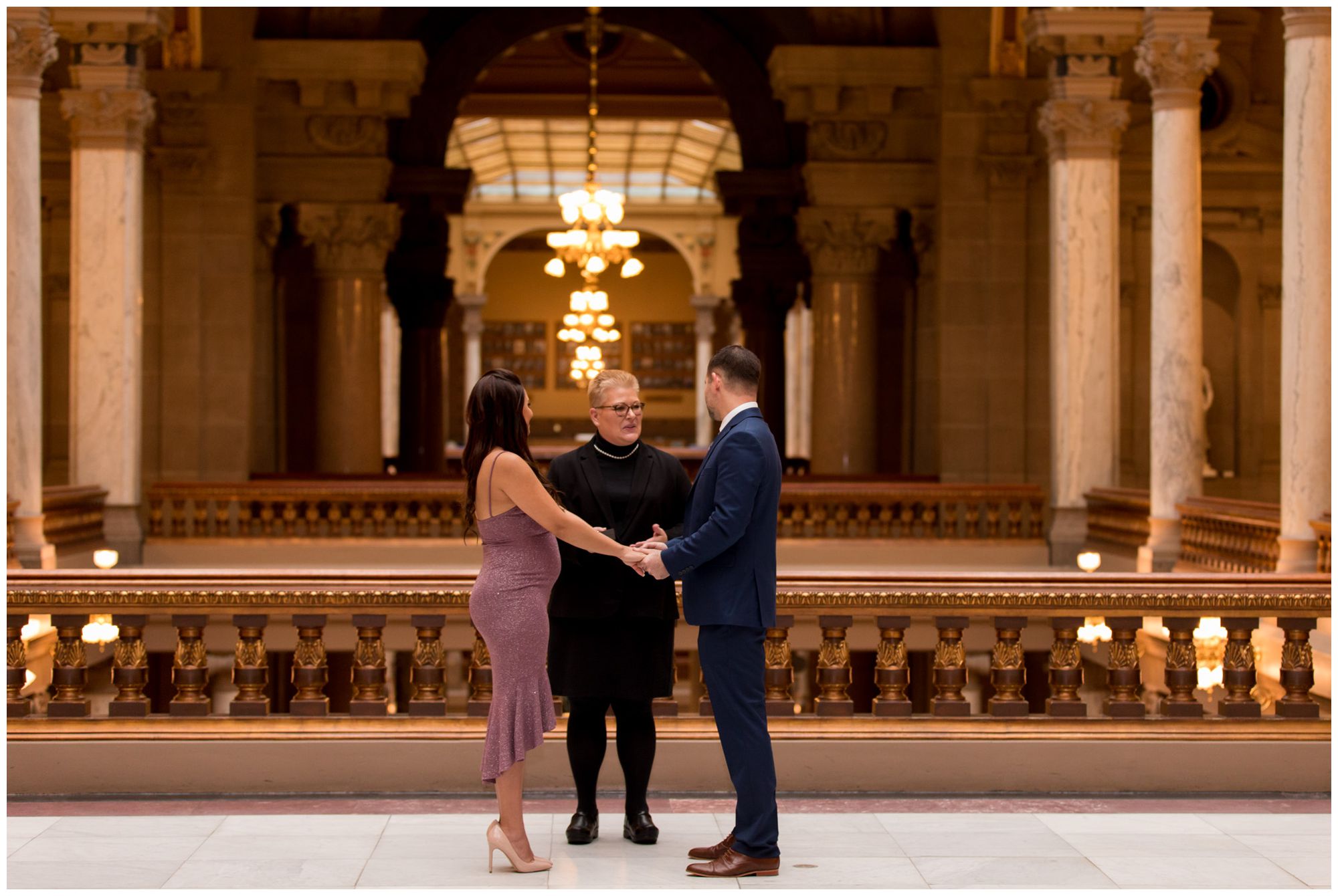 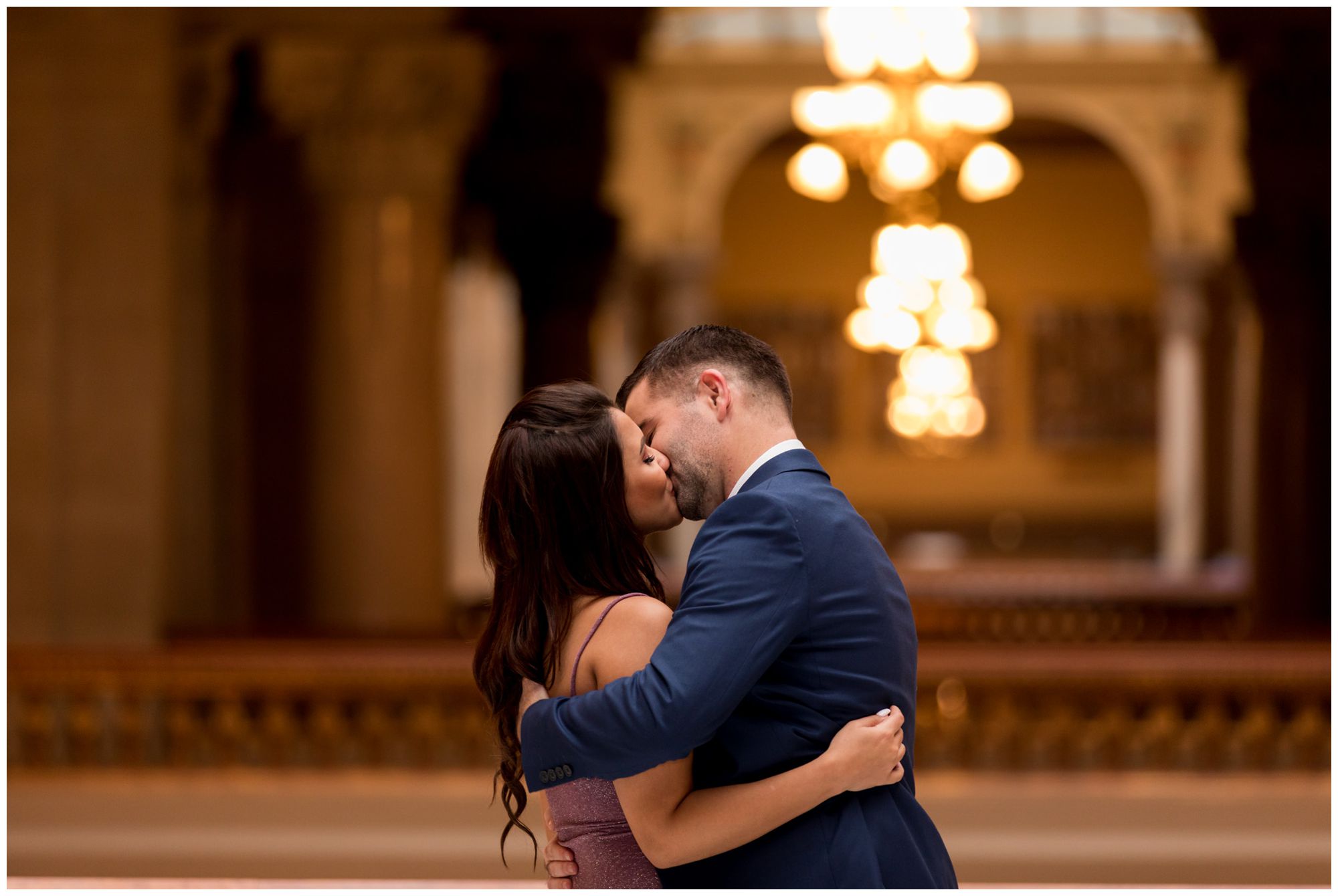 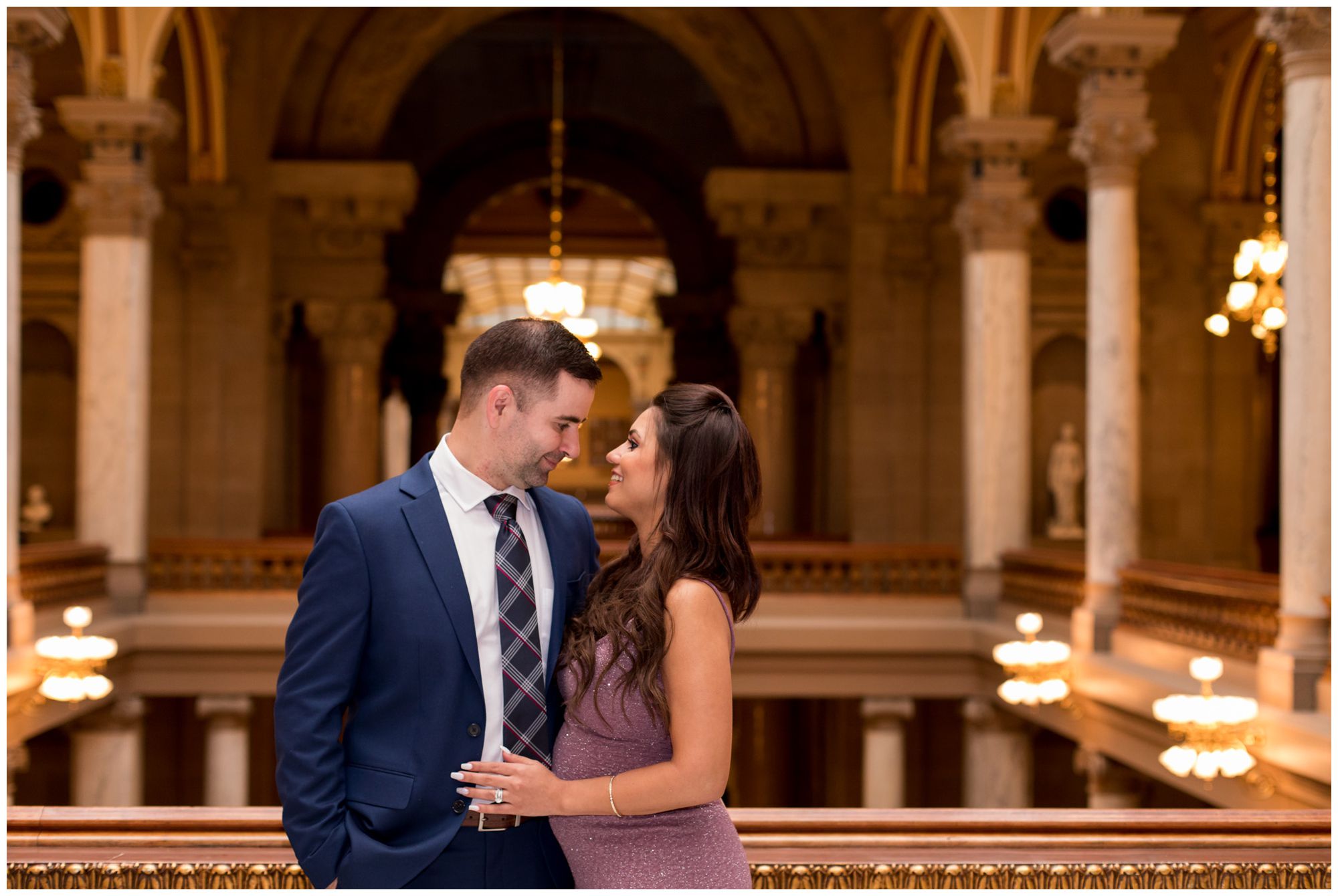 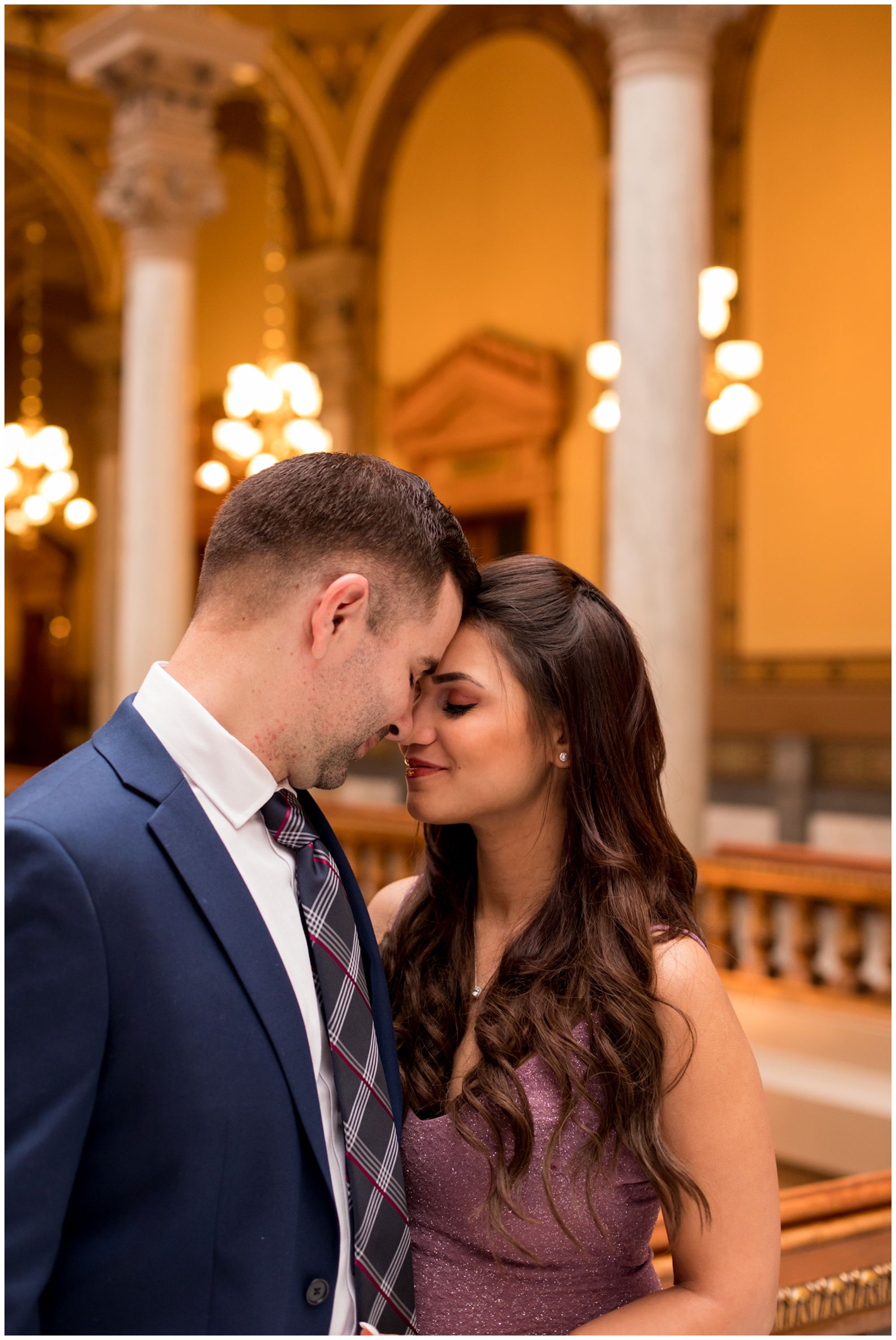 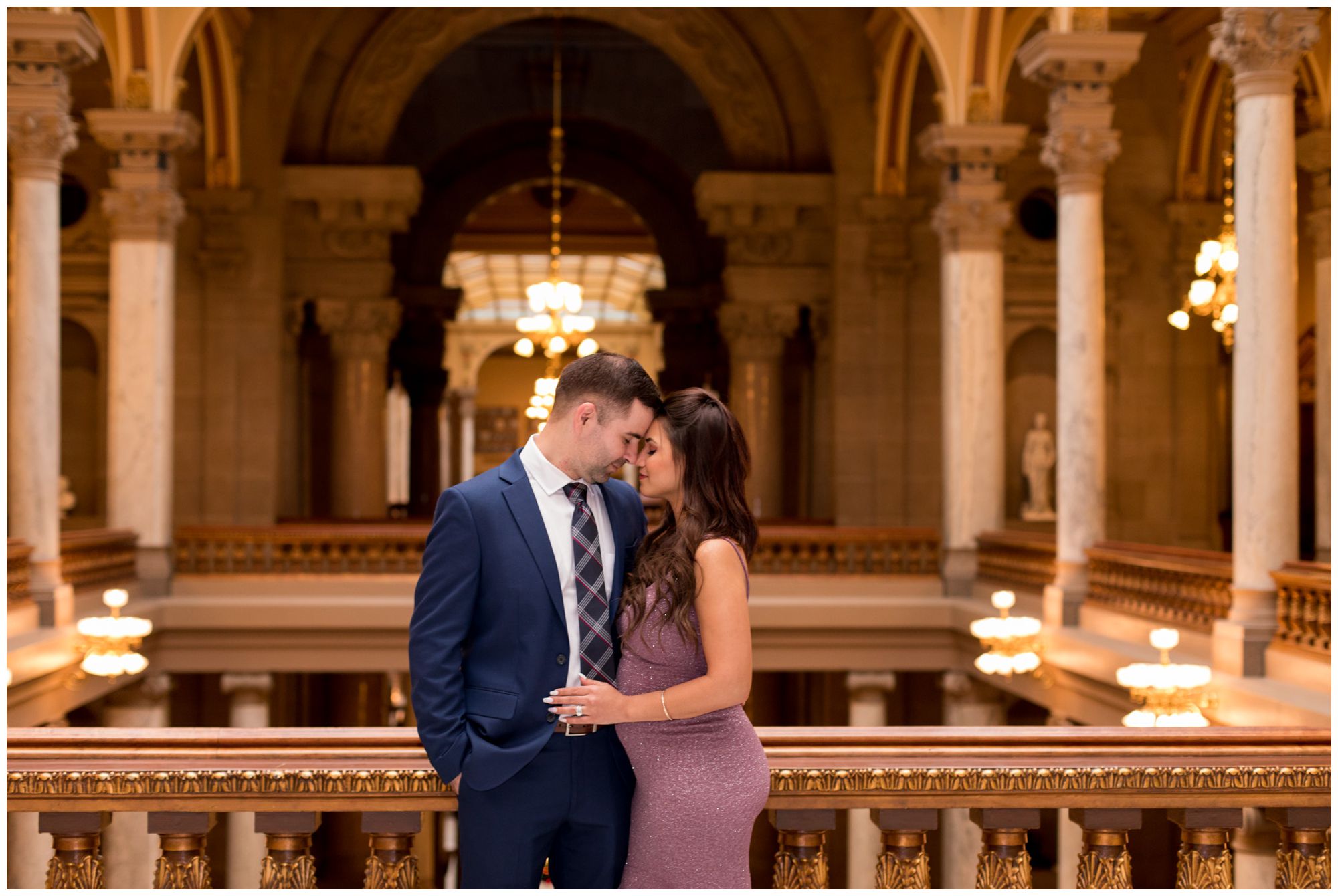 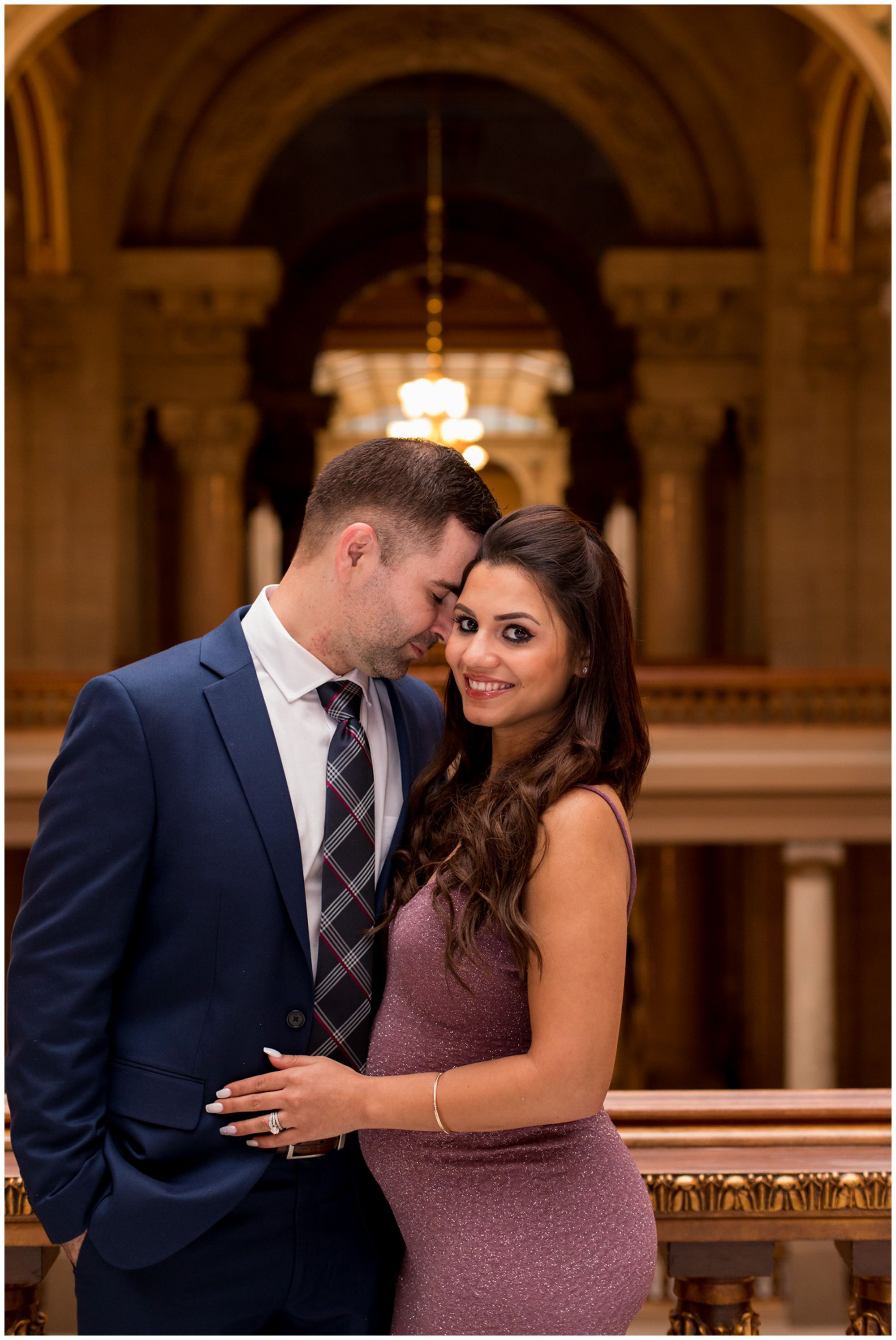 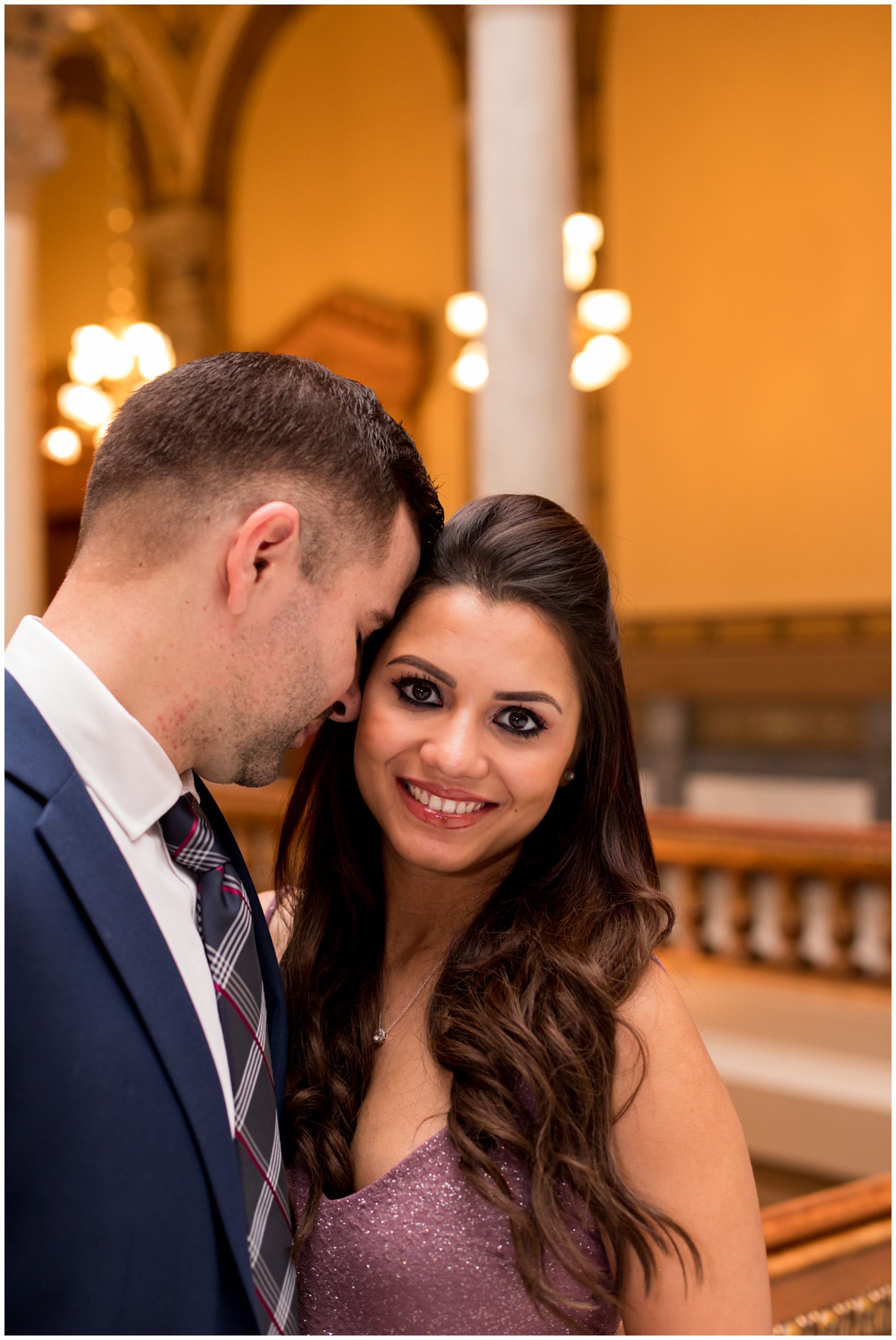 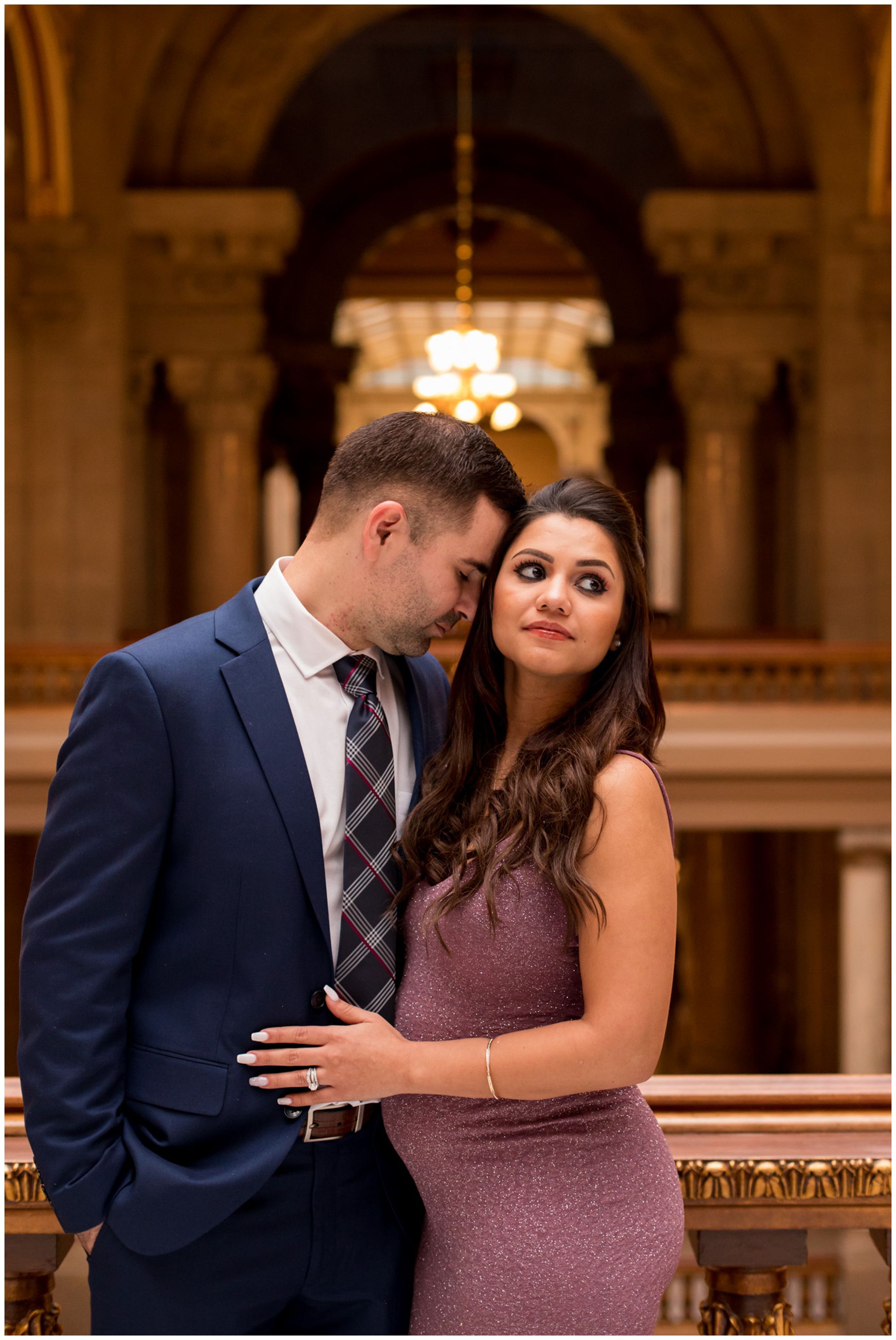 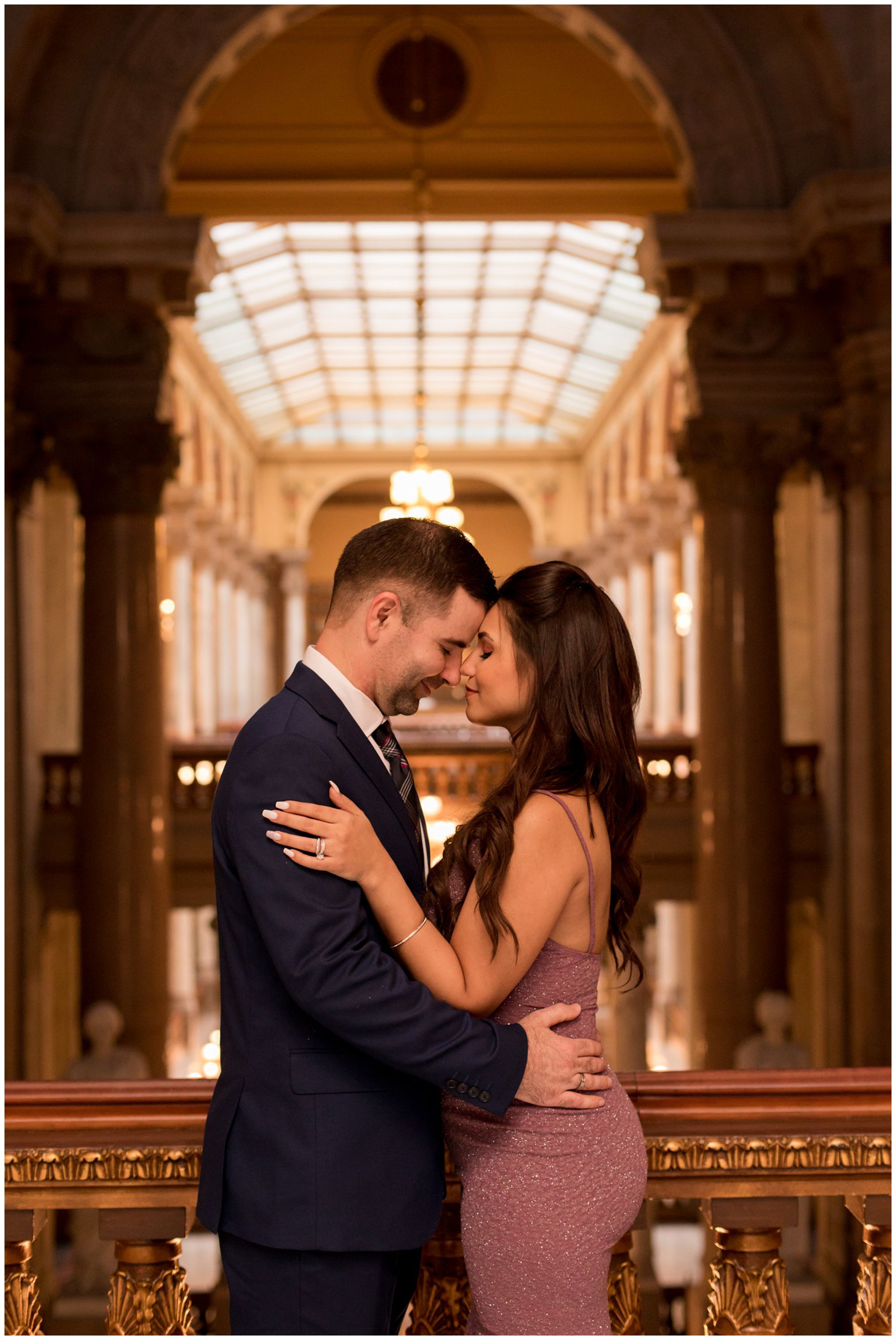 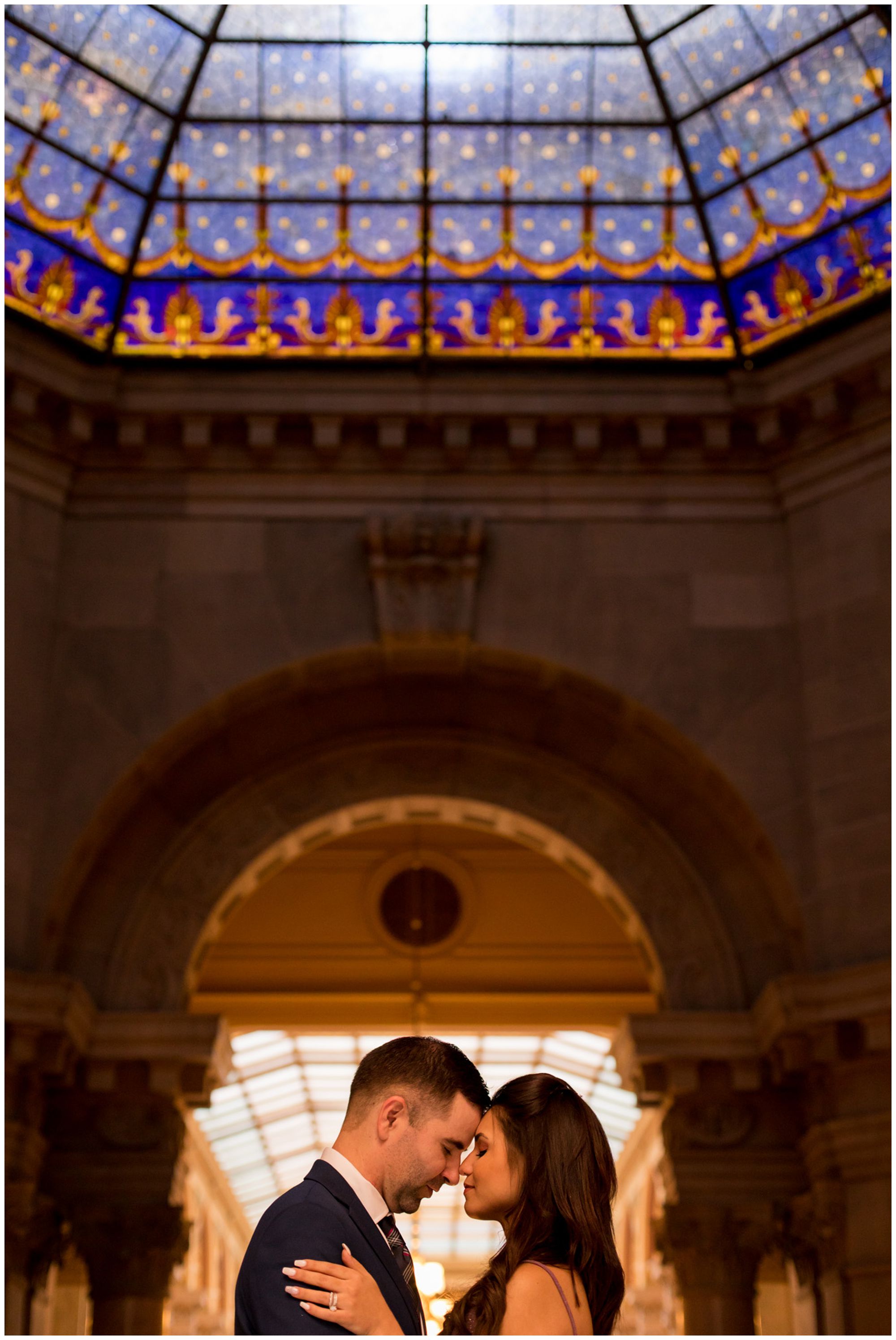 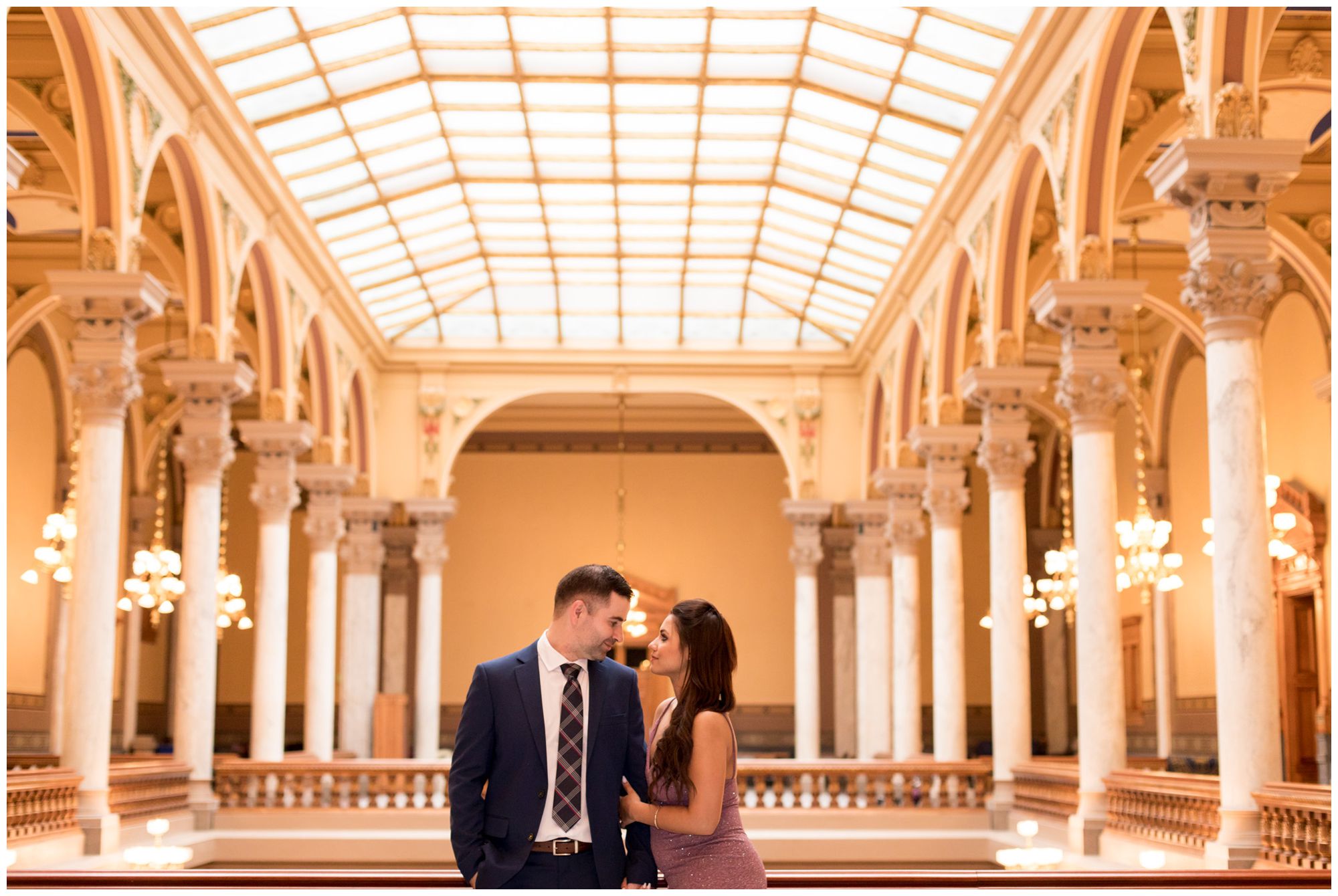 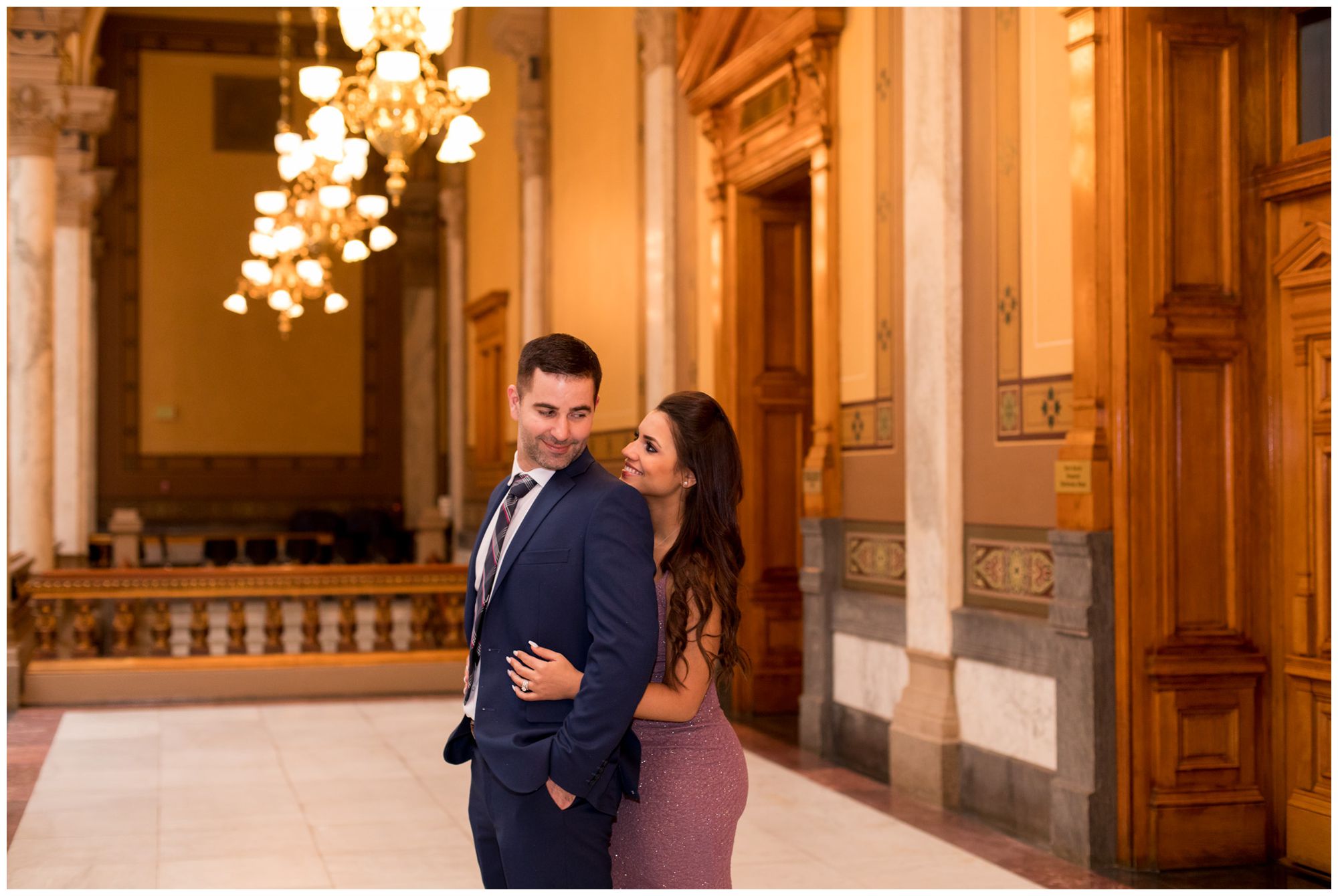 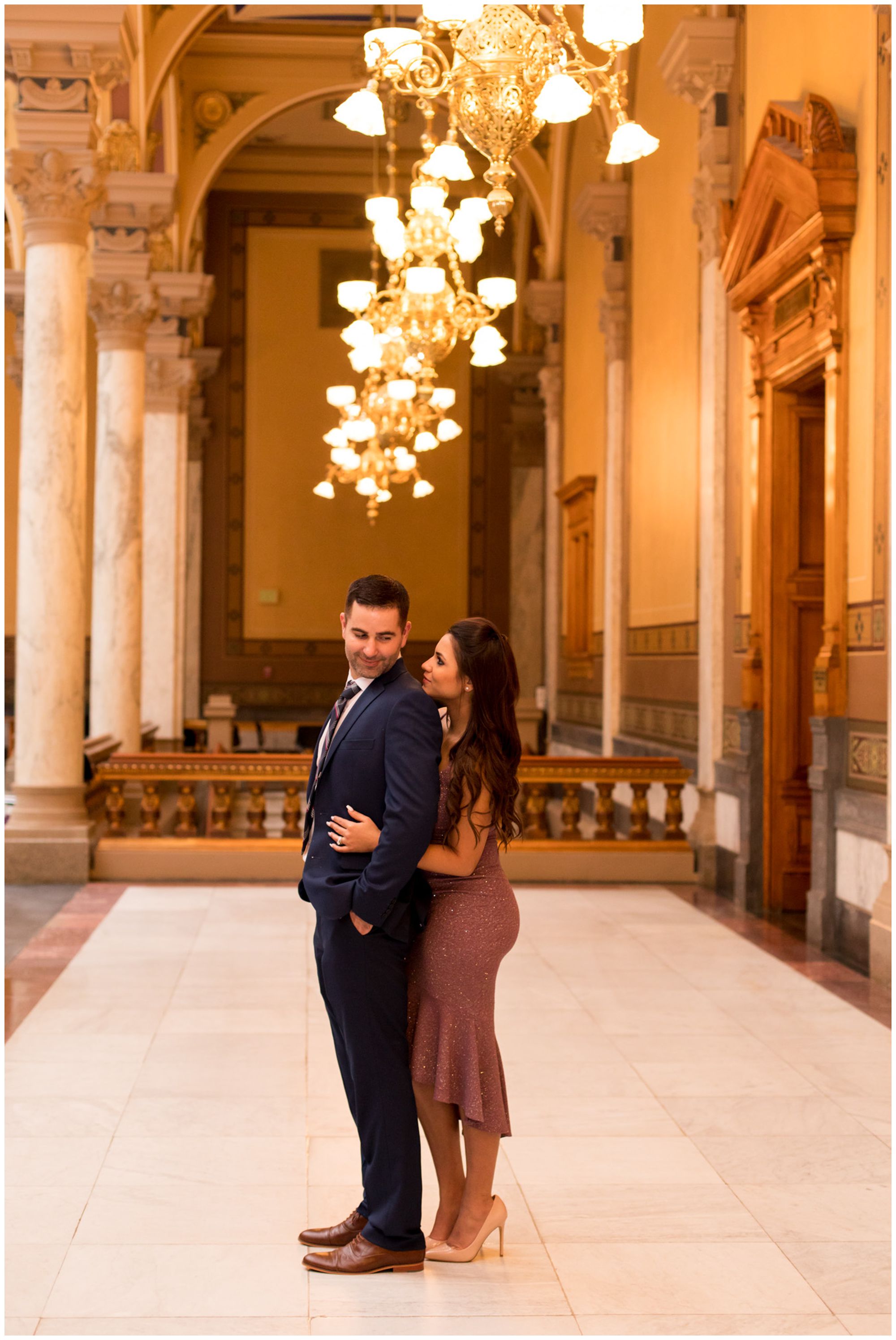 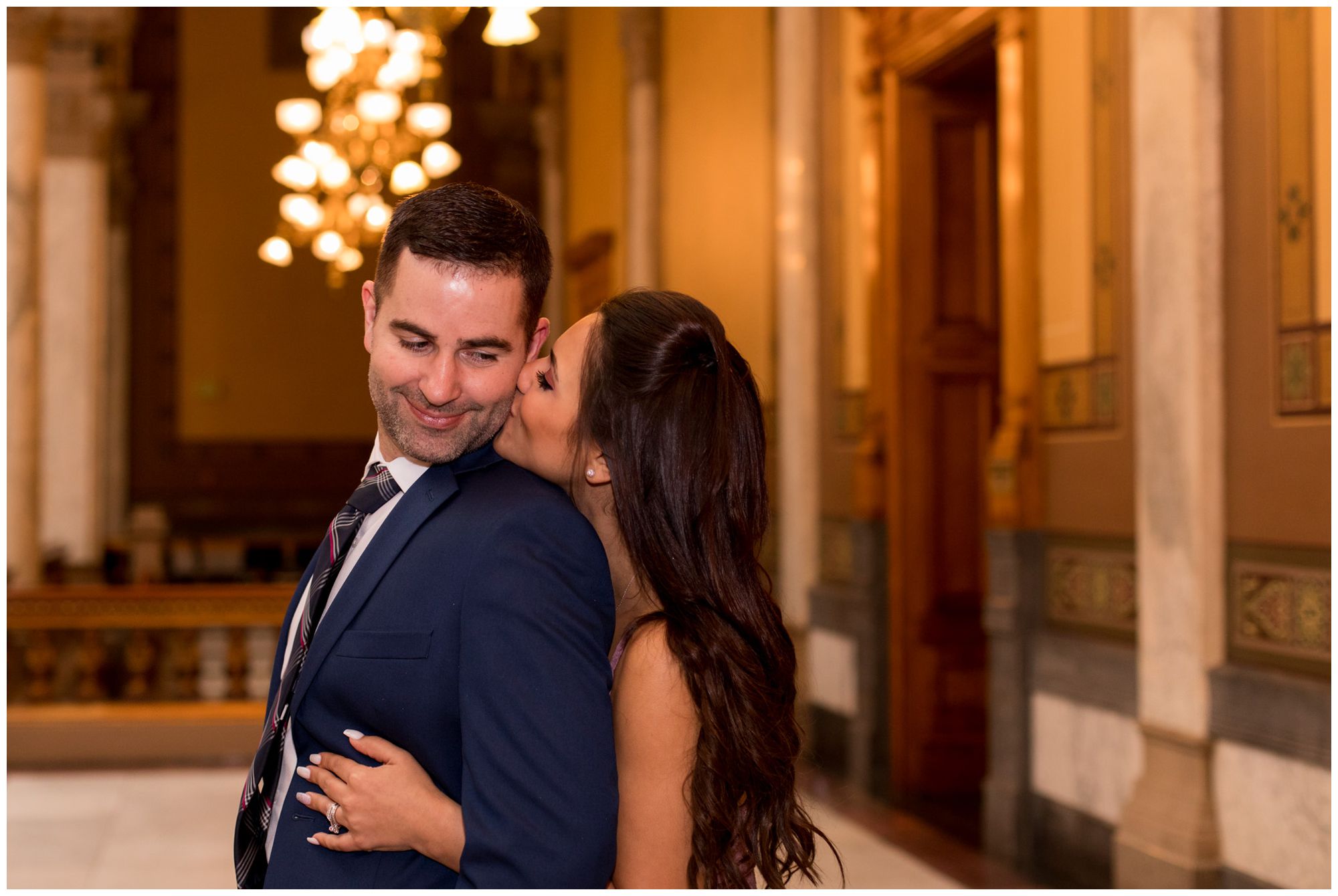 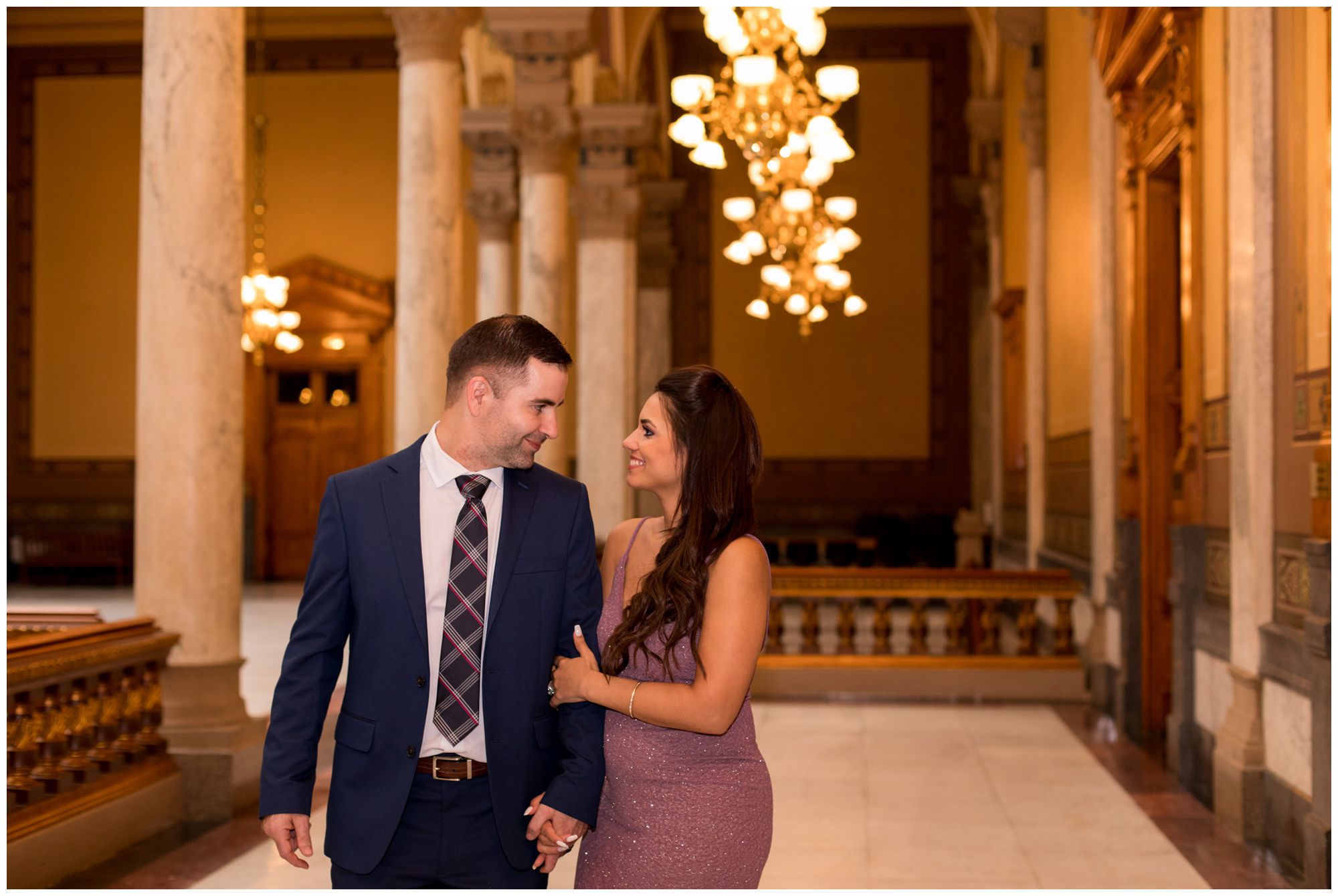 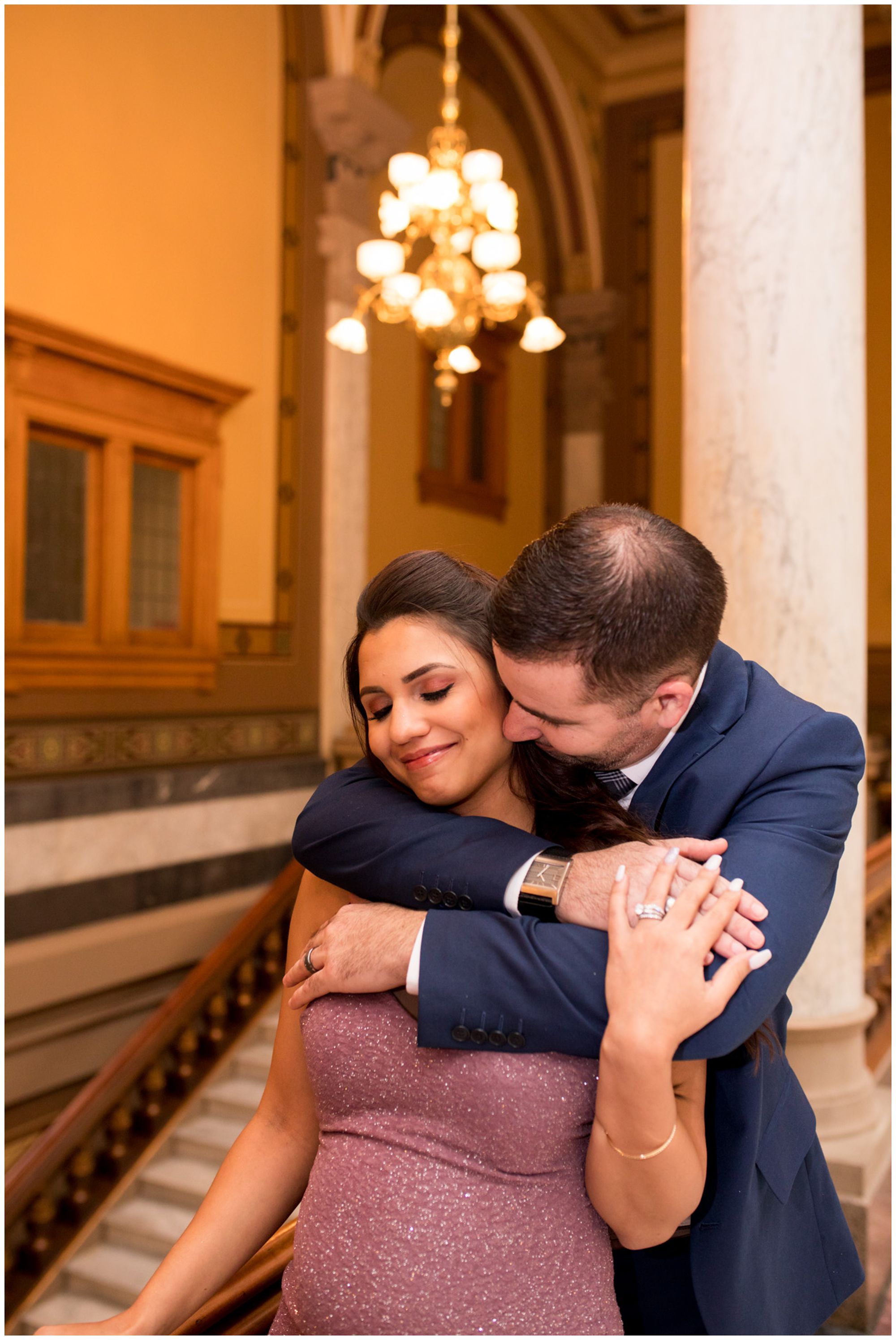 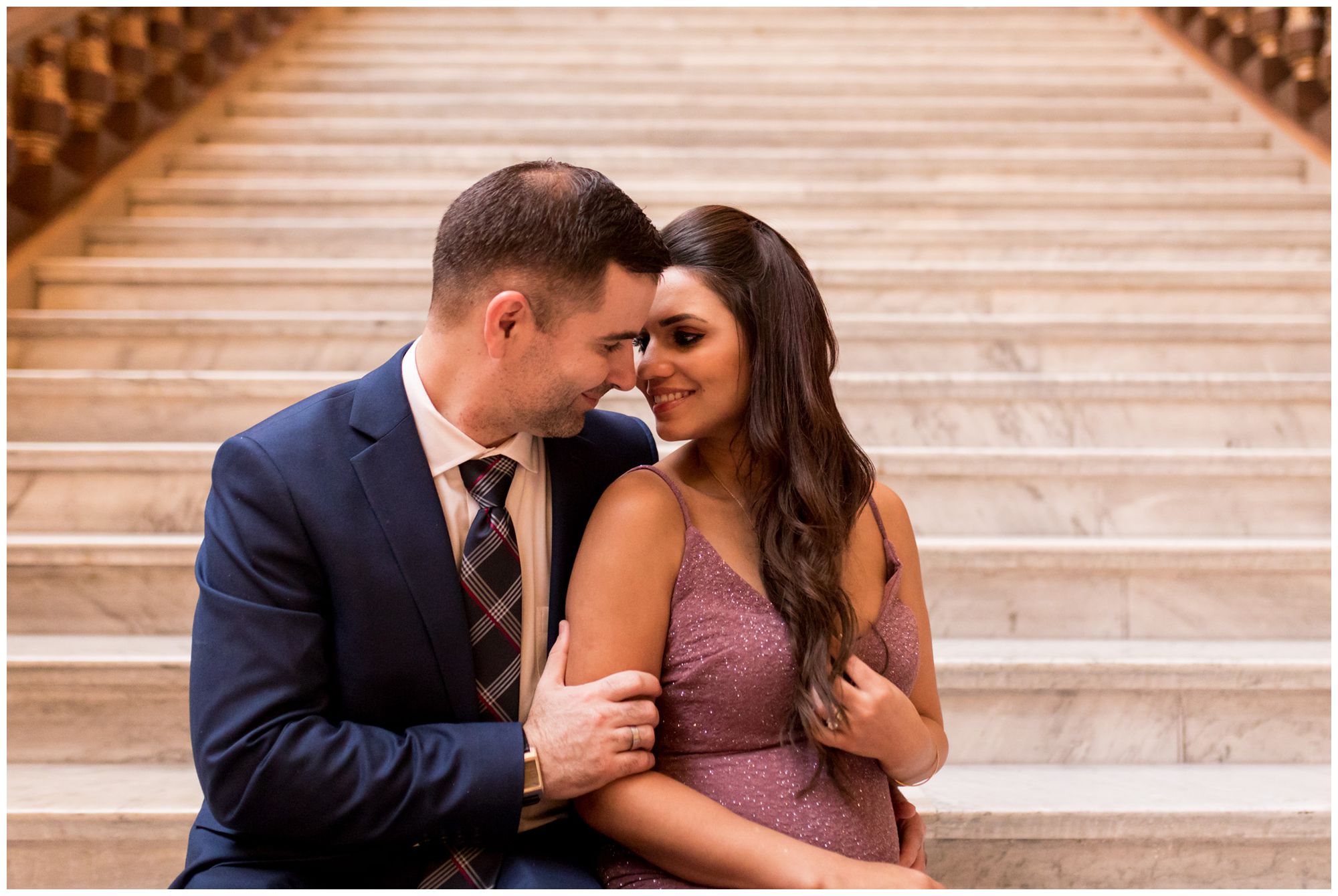 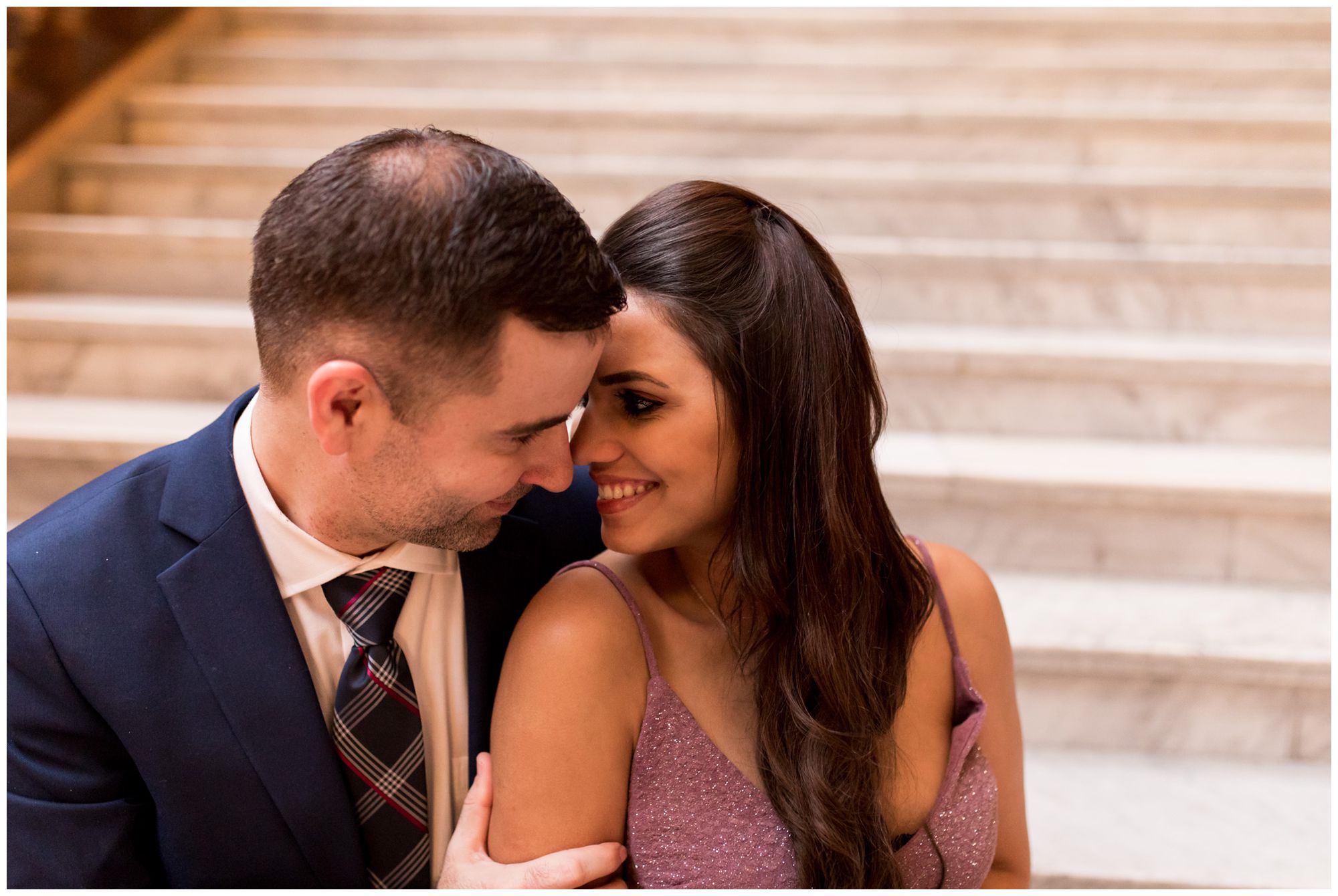 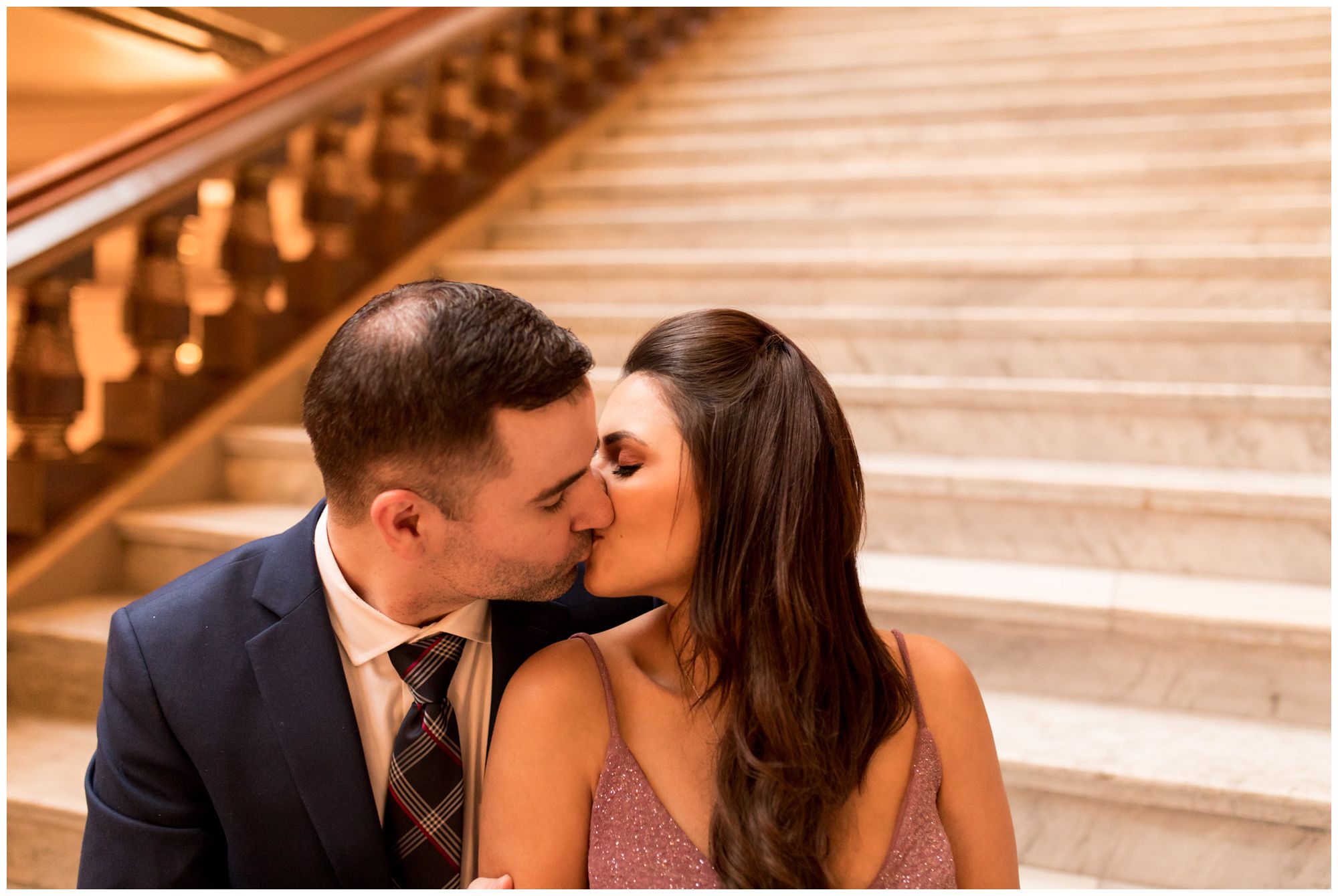 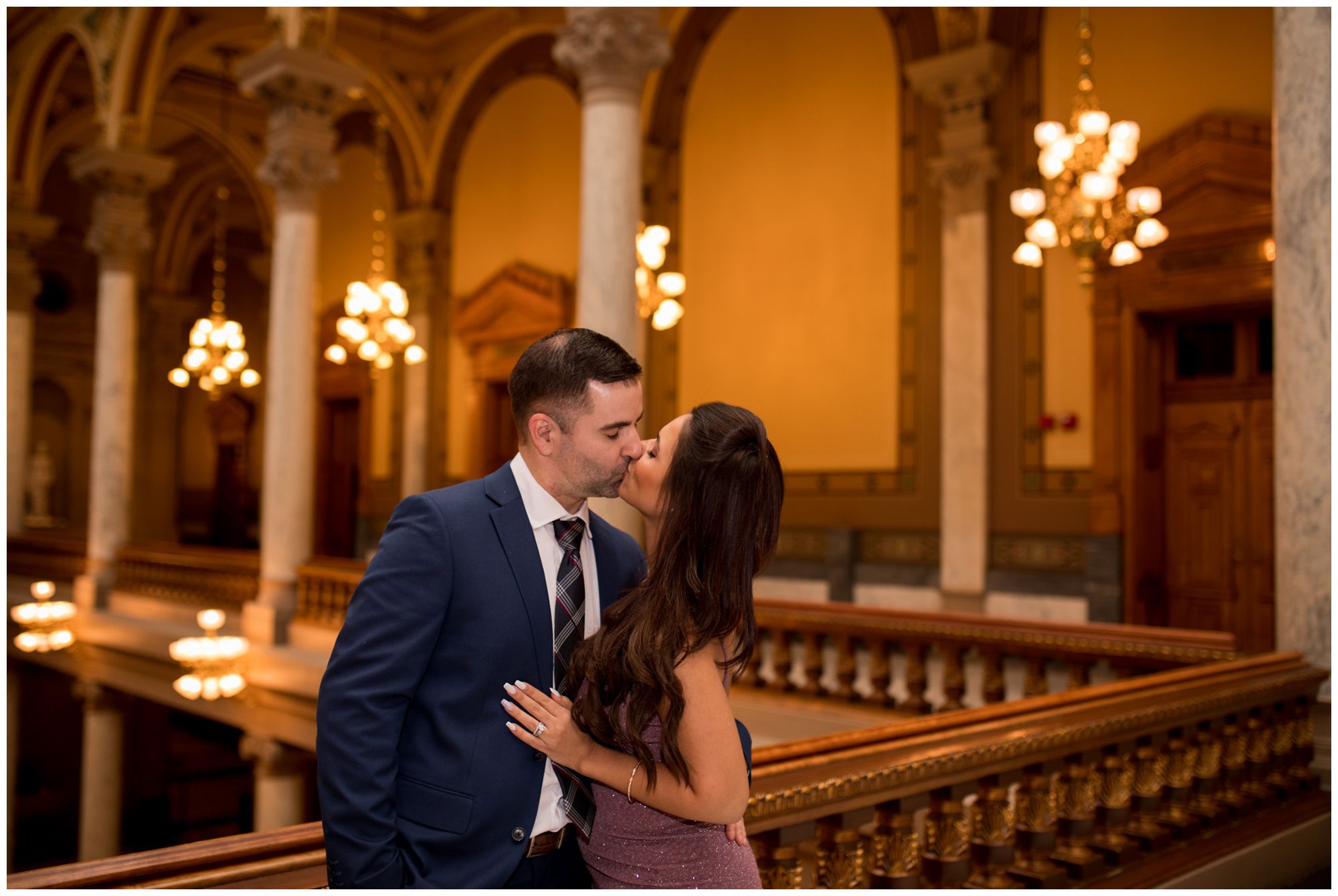 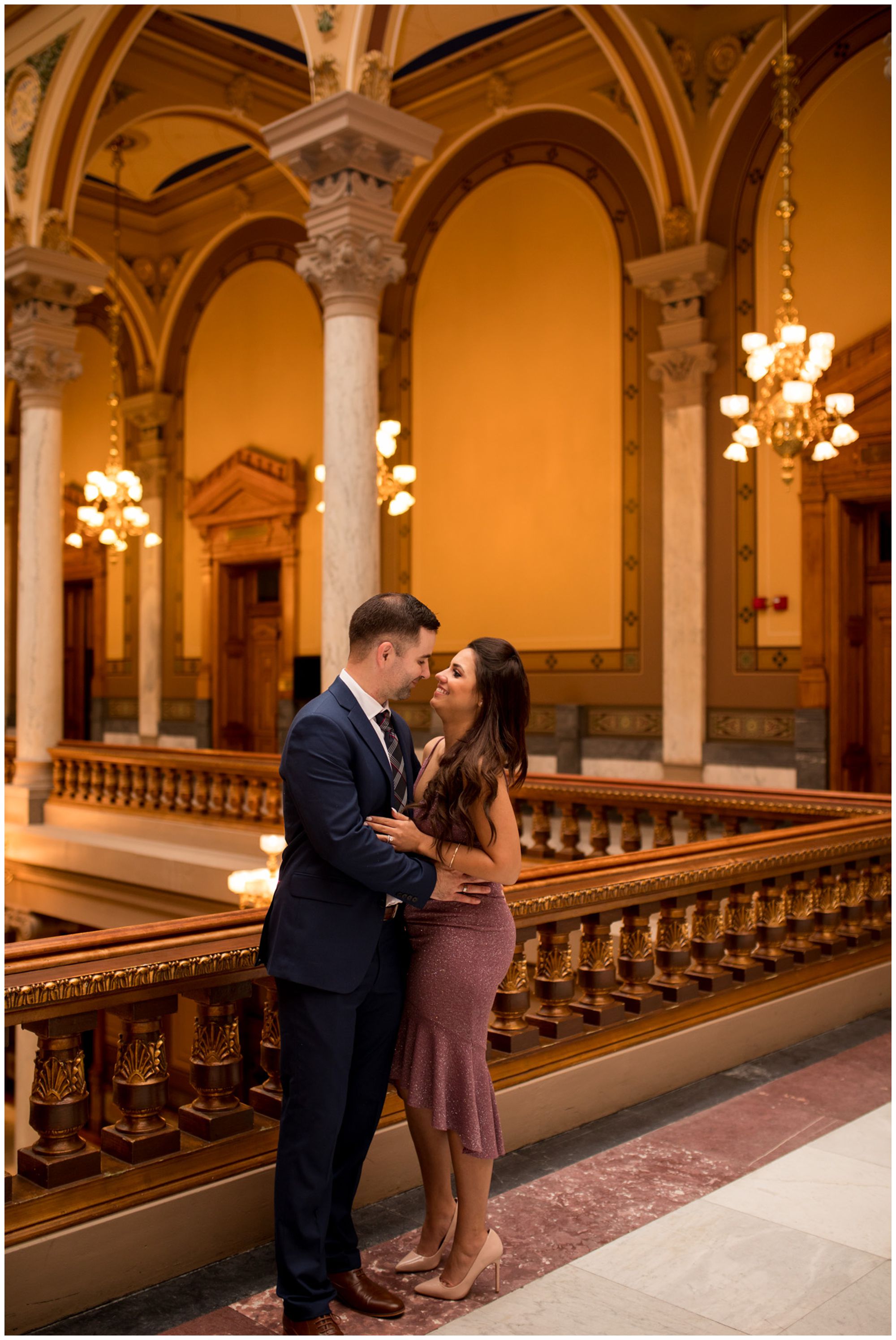